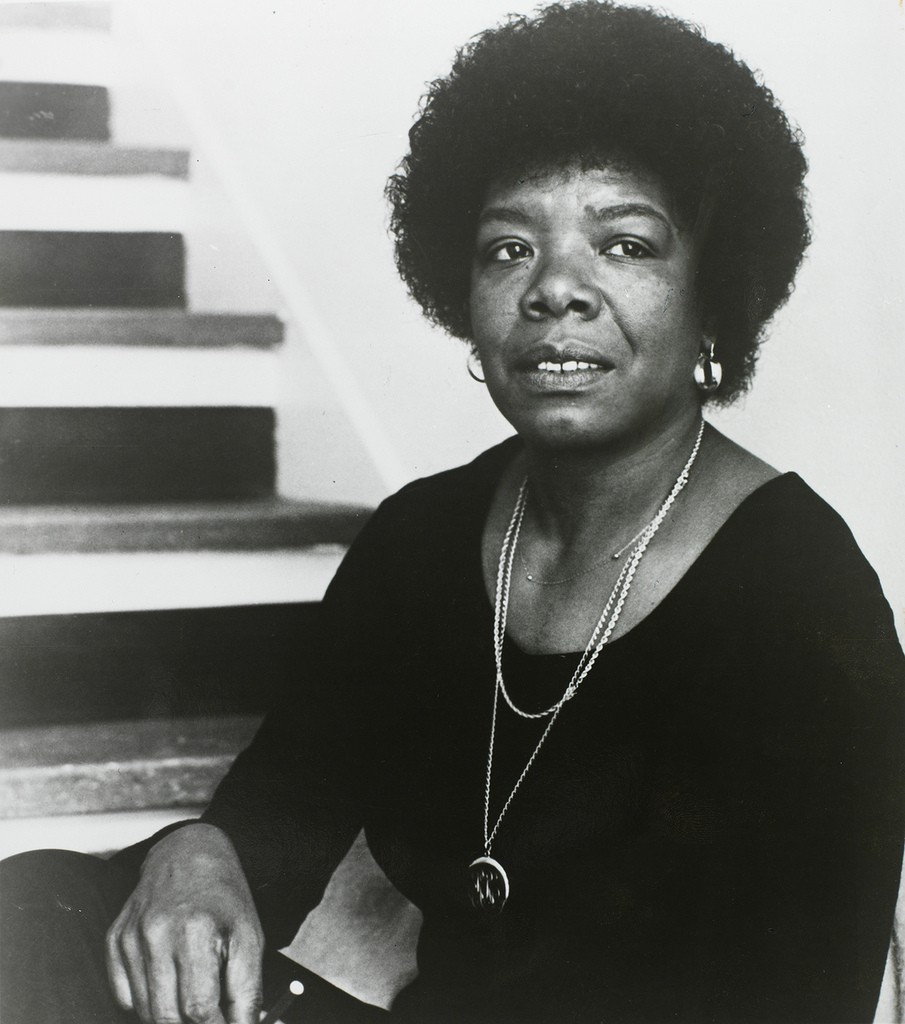 Born Marguerite Annie Johnson on April 4 1928, Maya Angelou had a difficult childhood. Her parents split up when she was very young, and she and her older brother, Bailey, were sent to live with their father’s mother in Arkansas. Growing up in the deep south, Angelou experienced a wrath of racial prejudices and discrimination. Which added to her complicated childhood, where she was raped, aged seven by her mother’s boyfriend. Seeking vengeance, her uncles murdered the boyfriend, which left Angelou so traumatised, she refused to speak, virtually becoming a mute for several years.

Despite her difficult beginnings, the buds of Angelou’s talent blossomed into a posy of poetry, acting, screenwriting and dancing. Multi-talented barely seems to cover the depth and breadth of Maya Angelou’s accomplishments. She was a member of the Harlem Writers Guild, an active supporter of the civil rights movement and a journalist in Ghana during the decolonisation of Africa, Maya’s phenomenal work carries a depth that plummets into the issues of social and racial injustices. Urged by her contemporary James Baldwin, Maya detailed her personal experiences in her publication of I Know Why the Caged Bird Sings. The book challenged the very form of an autobiography, by critiquing, changing, and expanding the genre. It not only defied the structure of literature but also social frameworks, amplifying the voices of both people of colour and women. Angelou expunged the limitations placed on her by society and sought to inspire a formation of social equality, way before Beyoncé called us to arms.

Angelou was respected as a spokesperson for black people and women, and her works have been considered a defense of black culture. She found her true calling as an author, poet and civil rights activist. As Beyoncé says “Always stay gracious, best revenge is your paper” and one of the finest paper examples of Angelou’s evocative talent can be felt in her 1995 poem Phenomenal Women, which universally celebrates the female form.

But when I start to tell them,

It’s in the reach of my arms

The span of my hips,

The stride of my step,

The curl of my lips.

I walk into a room

Just as cool as you please,

The fellows stand or

Fall down on their knees.

Then they swarm around me,

A hive of honey bees.

It’s the fire in my eyes,

And the flash of my teeth,

The swing in my waist,

And the joy in my feet.

Men themselves have wondered

What they see in me.

They try so much

But they can’t touch

When I try to show them

They say they still can’t see.

It’s in the arch of my back,

The sun of my smile,

The ride of my breasts,

The grace of my style.

Just why my head’s not bowed.

I don’t shout or jump about

Or have to talk real loud.

When you see me passing

It ought to make you proud.

The bend of my hair,

the palm of my hand,

The need of my care,

‘Cause I’m a woman