The “royal couple” won’t earn my complete respect until they completely denounce the monarchy and leave their titles in the dust where they belong. 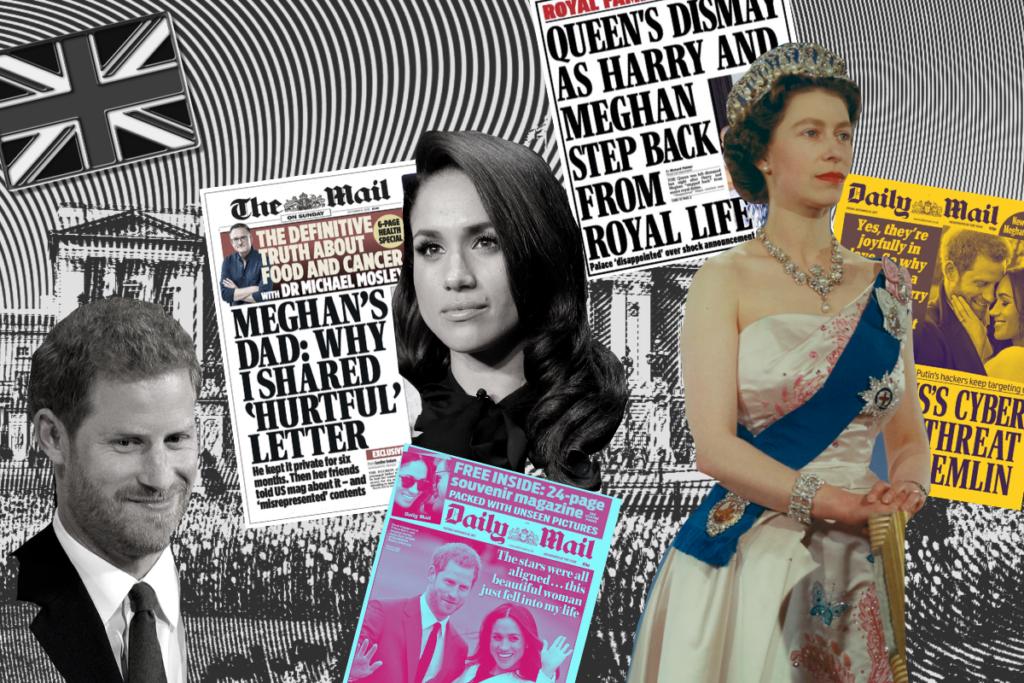 Meghan Markle and her husband Prince Harry delivered a late night bombshell to the British establishment. After months of speculation and years of despicable treatment by the racist media, they are taking a step back from their roles as “senior” royals. Everyone is very excited.

One of the best things about what Harry and Meghan have done is the scrutiny it levels at the UK media. For the mainstream media, this is the fifth blow in a line of criticisms from the couple that came to head when the pair announced last October they would be taking the Mail on Sunday to court. After yesterday’s announcement, which reveals that they will no longer be constrained by the reporting of old media tabloids and broadsheets, it will be interesting to see how exactly they aim to engage with “grassroots media organisations and young, up-and-coming journalists”. While I don’t think we’ll be getting a gal-dem cover any time soon, I imagine we will see a continuation in the vein of Meghan’s work with Vogue’s Edward Enniful, last year. It was also heartening to read that they welcome being “held to account if appropriate”.

There is tantalising evidence that suggests this is just the beginning of something – that they are moving away from the royal family to a degree that will allow them to eventually fully extricate themselves from the clutches of the aged institution. Their statement said this would be a period of transition, that they were merely “starting” to carve out a “progressive new role”.

“The legacy of the Queen is not one anyone should want to have an allegiance to – it is a legacy of inequality, warmongering and colonialism”

But before we get too carried away with how this signals a major change in royal protocol and that it will “save” Meghan, we need to read carefully what has actually been said by the pair. Under a section of their website called “The Monarchy” it is made clear that the Duke and Duchess of Sussex are not cutting themselves off from the crown or, as has been reported, “running away”. Not only are they planning on keeping their royal residence, it also says that they “deeply believe in the role of The Monarchy” and that their commitment to the Queen is “unwavering”. It goes on: “Their roles will continue to reflect their sense of duty and allegiance to The Monarch and her legacy in the world, as they transition into the new working model.”

You could leverage some sympathy and speculate that the couple are not able to express their true views on the monarchy due to their current position smack bang in the middle of it. However, the sycophantic language approved by the Duchess and Duke makes it abundantly clear that we are still some time away from members of the family abdicating or renouncing their titles for ethical reasons.

We have to remember that, underneath all of the nonsense and frenzy whipped up by the couple, on a very basic level, the very concept of having a royal family directly ties into an ideology that dictates that some people deserve to live better lives than others, based on an alleged birthright. The legacy of the Queen is not one anyone should want to have an allegiance to – it is a legacy of inequality, warmongering and colonialism.

Relentless tabloid propaganda campaigns may have managed to gloss over some grim royal affiliations, but as Prince Andrew’s connections to Jeffery Epstein have highlighted, the truth will (almost) always come out. In July 2015, The Sun released a video of the Queen at six or seven years old performing a Nazi salute. When you actually look through the annals of British royal history, there is very little to be proud of.

“Maybe Meghan will ultimately realise that having a role of any kind within the royal family is not something to aspire towards. Maybe she has realised this already”

The comparison of the couple to Prince Harry’s (literal) Nazi uncle in The Telegraph today is ironic – especially when viewed in tandem with senior family members’ the alleged “disappointment” that Harry and Meghan have chosen to step back from the family. In some ways, yes, Harry is following in the footsteps of his dead uncle by marrying an American divorcee and stepping away. But Prince Edward VIII was also a documented Nazi sympathiser and in 1933 said that the Nazi regime was “the only thing to do. We will have to come to it, as we are in great danger from Communists, too”. He and his wife, Wallis Simpson, met with Adolf Hitler in Munich in 1937.

Meanwhile, Meghan is someone who is documented to have read texts by left wing political activist Noam Chomsky. Maybe she will ultimately realise that having a role of any kind within the royal family is not something to aspire towards. Maybe she has realised this already. But the “royal couple” won’t earn my complete respect until they completely denounce the monarchy and leave their titles in the dust where they belong.