There’s cocaine in our politicians, our eels, and on our cash – it’s about time that Britain got real about its thriving drug culture 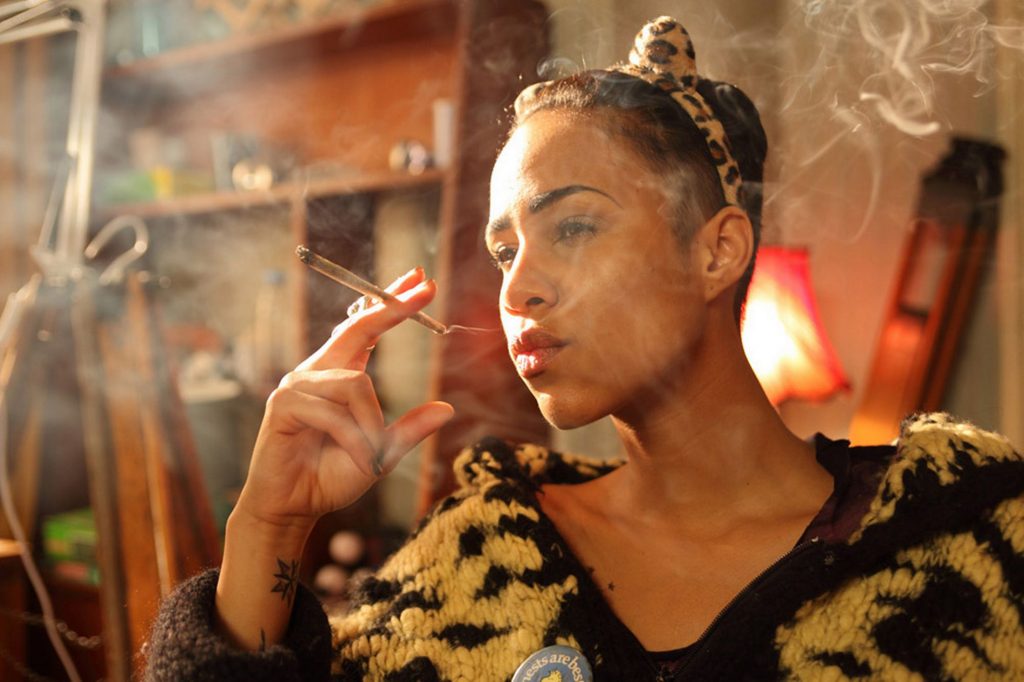 Every time we could have a constructive conversation around drug use, we don’t. It becomes finger pointing: it’s a moral failure of any politician or person who ever touches it, it shows poor judgement, they should be in jail, only upper class or black people take drugs.

The race to become Theresa May’s replacement became a flurry of confessions as Boris Johnson and Michael Gove admitted to taking cocaine, and then Esther McVey got in on the action saying she used to smoke weed in her youth. Rory Stewart praised the honesty of his contemporaries and revealed he’d smoked opium at a wedding in Iran. Jacob Rees-Mogg, with his hauntingly vacant expression, looks like the type to have tripped on Ayahuasca at least once (though nothing has been confirmed).

Most people are not angry for the right reasons. Yes, there are findings that illustrate that posh people take more drugs than those on lower wages. It is disgusting, therefore, that it is black men who are nine times more likely to be stopped and frisked by police in public when white people are more likely to be carrying drugs when stopped and searched. And, that even once found with drugs on them, white people are less than half as likely to be arrested between 2010 and 2017. For obvious reasons, racial disparity must be discussed and addressed. Especially since, from 2015-2016, gak loving Michael Gove was the Secretary of State for Justice and oversaw the institutionalised racism of drug policing. It is disgustingly hypocritical and we should relish anything that derails the leadership bid of such an arrogant cohort.

However, people aren’t making the connection that it’s not about demonising the posh white people taking drugs, or the poorer black and brown people who are frequently blamed for selling them. It’s that the criminalisation of drugs in the UK is useless and the police’s approach to drugs has completely failed.

The eels in the Thames have cocaine in their system. The shrimps in the countryside have coke in their system. There’s coke on every note. It’s on so many surfaces, people who don’t take it have traces of it on their hands. In 2014, there were traces of it in our drinking water. With cocaine showing up literally everywhere, when will people admit that the country is hooked on cocaine?

Over the last couple of years the drug has been getting stronger and cheaper which has widened its appeal right across the board. Police have seized batches of the narcotic that are 100% pure, whereas back in 2015 the average strength in London was around 30 to 50%. The rest would be things dealers would “cut” it, usually glucose, caffeine, or – more commonly – a dental anaesthetic known as benzocaine. This trend has also been seen among its peers, with MDMA, pills, and weed stronger than ever before in the UK. At the same time, we’ve witnessed the rise of the dark web where drug sales have rocketed. We need to have a real conversation about drug use in the UK because like it or not the country is already awash with them.

Of course, there is a reason behind the fear of drugs. They’re powerful, can be addictive, and at times unpredictable. A government has to look out for public health and in doing so has to attempt to limit people’s access to potentially harmful substances. Then there’s the morality around drug use. Should you take cocaine knowing what it can do to devastated communities in Colombia or fuel street crime in Britain? However, any discussion about morality has to include policy, culture, science and the mechanics of the drugs trade worldwide, and prohibition has not adequately tackled any of the above.

When the US tried to ban alcohol in the 1920s, people made moonshine and died from poisonous unregulated booze. Ultimately, it did very little to help alcoholics who moved from beer to unregulated spirits and had less help and support as their conditions were criminalised. And, enforcement of the ban fell much harder on poor and marginalised immigrant communities. Sound familiar?

Echoing the words of Met Police commissioner Cressida Dick, Andrew Marr asked Michael Gove if he “had blood on his hands” because he took coke. While it’s great to watch a smug Tory MP get hammered it feels like we’re missing the fact that even if he and his friends in government had abstained from drugs, their policies are still lethal. You can’t just abstain and ignore the inefficiency of our current drug laws.

Our current and heavily stigmatised approach to drugs forces there to be a secret underground economy, meaning we never quite get to the point where we grasp the scale of Britain’s drug culture out loud or in the mainstream. Not many people will sit on TV and say, “I take drugs. This is how I buy it, this is what the situation is,” in order for us to see that the policies aren’t working, or that a lot of people have a liberal attitude to drug taking.

Scientists have been working towards a softer approach for decades. In 2009, Professor David Nutt said taking ecstasy was no worse than the risks of “equasy”, essentially saying it was more dangerous to ride a horse than it was to go out on a sesh. He was later removed from the government’s drug advisory body. In 2016, the British Medical Journal said that prohibition had completely failed. “(It) too often plays out as a war on the millions of people who use drugs,” read the editorial. “There is an imperative to investigate more effective alternatives to criminalisation of drug use and supply.”

Highly criminalised, deregulated drug culture is a death trap. People are taking and will always take drugs. If we accept that drugs are a fact of British life then we have to collectively think about how to regulate it, what strength should be available and what information should be available upon purchase. You can also include age limits. A government survey showed that 24% of 11-15 year-olds had taken drugs and while most of this was cannabis Class A drug use rose from 2-3.2% between 2014 and 2016.

A liberal place like the Netherlands, or Portugal, makes it safer to buy and take drugs because they literally tell you how to take it in the shop, you know what’s in it. They’ve taken the power away from shifty drug lords – it’s a regulated industry, it’s taxable like other drugs like alcohol and tobacco. Even the US is ahead of us in terms of the legalisation of weed. Yes, weed and coke are different in terms of potency or how addictive they are, but, right now you can get both delivered to you the same speed as an Uber Eats in the UK on a completely a black market.

So you know what, I’m glad that Michael Gove admitted he’s done a lot of lines in his life. It’s good that Esther McVey came out as a former stoner. With more voices admitting their place in the ecosystem then we can have a discussion about how unfair it is that people right across the board, from posh to working class, are a part of this economy yet only some people are in jail for it. Let’s destigmatise drug chat and pull away from the lazy stereotypes of the upper-class sniffer or lower class fiend. Having a more nuanced approach to drugs will open the doors to honest and crucial discussions around drugs law reform, rehabilitation, and improving the ethics of the supply chain.

Prohibition just doesn’t work. It has never worked. Britain just needs to get fucking real. The UK (primarily Bristol) is the cocaine capital of Europe,our use is on the rise. What’s more, the nation already has their hands on drugs right the way through the class alphabet. Your colleagues, your kids and maybe, at a cheeky gig, even YOU have been high at least once. Let’s have some talks that objectively admit drug policies have failed and that we need to move towards a different model.