Tory MPs, if they were milkshakes 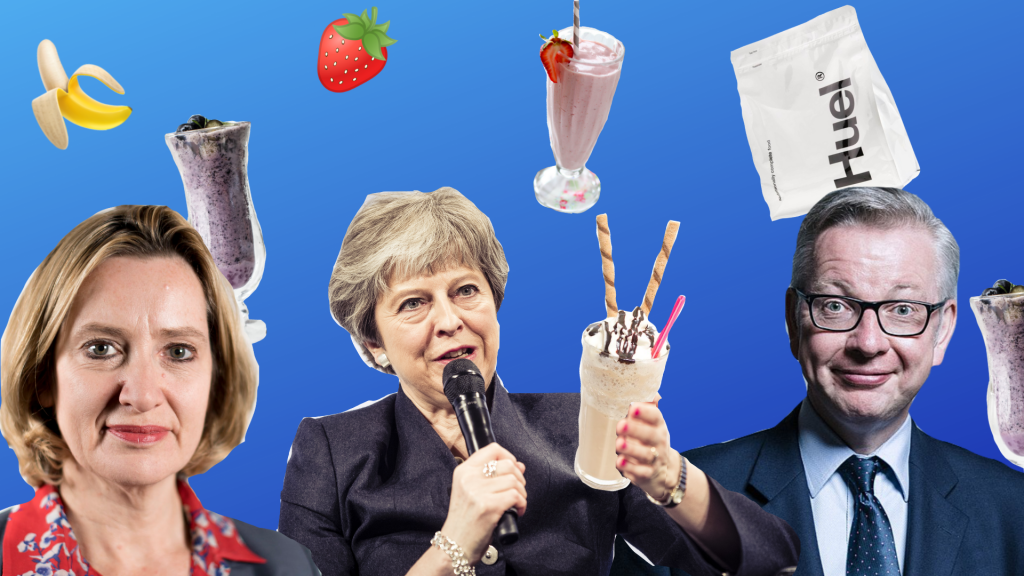 Milkshakes are delicious. Dense, rich, and lacking transparency, sometimes they remind us a bit of Tory politicians.

So, completely unrelated to recent news events, we started thinking about the MPs currently circling around the Tory leadership, and reimagined them as milkshakes. That’s right, shakes for everyone.

Bright yellow and hiding under a superficial external layer, no matter what Boris says or does, it seems he’ll forever be passed off as a buffoonish cheeky chappy involved in a bit of monkey business. During the leave campaign BoJo actually made bananas the hill he would die on – relentlessly complaining that the EU were imposing “pointless” regulations on the tropical fruit. Here’s to unregulated bananas and a ruined economy.

President of his uni’s Conservative Association, Jeremy Hunt is blue through and through. The longest serving Health Secretary in British political history, Jeremy continued his love affair with blue logo-ed government bodies by stoking the crisis in the NHS and breaking the funding pledges he did make. Almost a year had passed when Jezza admitted he couldn’t deliver the £350m a week promised in the leave campaign. Guess it turns out just like these berries in their natural habitat, Jeremy can also be found beating around the bush.

To commemorate Theresa’s “naughty” childhood days of frolicking in fields of wheat, she’d undoubtedly go for a barley-based malt shake. It’s safe to say the farmers wouldn’t be too pleased about that.

After lying about Windrush and then poorly attempting to cover it up, Amber was fired from her job as Home Secretary only to come creeping back into politics as Secretary of State for Work and Pensions. So, in summary, she salty.

With an innocent squidgy smile that could hide a million sins, this food secretary screams strawbs. Michael had a real obsession with promoting good old-fashioned “British values” when he was Education Secretary – so we’re obliged to dedicate the classic of milkshakes to him.

Who is she? Where’s her substance? Other than being a food bank apologist, and charging ahead with the rollout of universal credit leaving swathes of claimants worse off and in debt, Esther McVey’s track record reads like a whole lot of nothing. As a strident proponent of benefit sanctions and “living within our means”, we’re sure that the former Secretary of State for Work and Pensions wouldn’t dream of slackening her parliamentary purse strings for something as frivolous as a milkshake. Stay hydrated, sis.

Ok, hear us out. This is a man who was accused of dubbing himself with the nickname “The Saj”*. There’s no way he’d be personified as a milkshake that didn’t have a registered trademark. Stop trying to make “The Saj” happen – it’s not going to happen.

Huel® claims to contain all of the necessary nutrients for a healthy diet – and similarly, Sajid says he’s full of substance, but leaves a foul taste in your mouth when it comes to policy.

*The Saj has denied all claims he tried to coin his nickname.