Misdemeanours against Missy: on the legacy of Missy Elliott 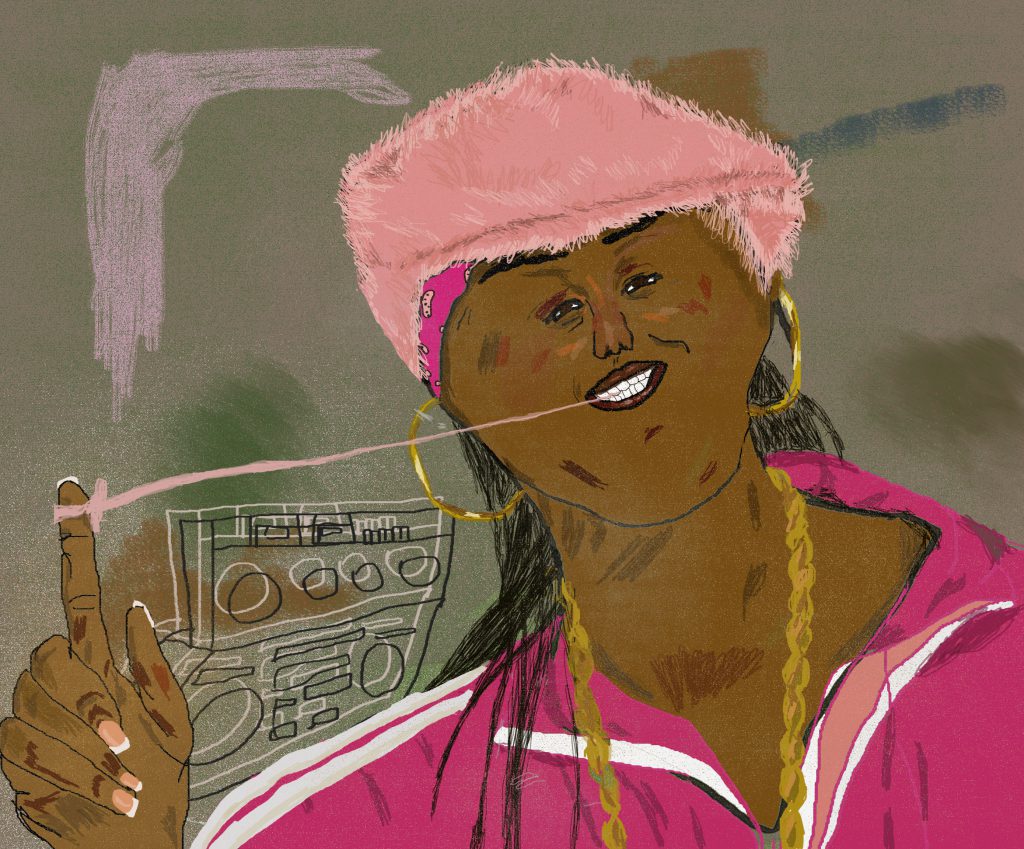 At Katy Perry’s Superbowl halftime performance in 2015, she was joined on stage by a woman whose presence was met with a balance of nostalgic delight and brow-furrowing confusion. For kids reared on late 1990s/early noughties hip hop, the arrival onstage of Missy ‘Misdemeanour’ Elliott was a throwback to a classic loved favourite, a reunion with an old friend.

Others had a different reaction:

is it bad idk who missy elliot is

I don’t mean to sound dumb but who is Missy Elliott? I’m apparently the only one who doesn’t have a clue.

who even is missy elliot

Missy herself took their queries in stride:

A discussion about the popular R&B and hip hop evolution must reference Missy Elliott, an artist who was at the forefront of musical creativity. She was one of the first artists to fuse rapping and singing, a style that now dominates the modern rap scene. Her personal and professional alliance with Timbaland resulted in a catalogue of collaborations that played with genre, sampling and instrumentation, from the string-led final segment of ‘Hit em Wit da Hee‘ taken from a sample of Bjork’s ‘Joga’, to the bhangra-inspired instrumental of ‘Get Ur Freak On‘. While some rappers were content to toe the popular line in their outputs, her collaborations with Tim sought to stimulate, combining doleful vocals with odd, plaintive instrumentals on songs like ‘Beep Me 911’.

Her playful creativity wasn’t limited to her sound. Elliot’s debut single, the ground-breaking ‘The Rain (Supa Dupa Fly)’, introduced her as an artist operating beyond the creative limits of rap. Her signature futuristic and hyperreal style continued to be provocative. Using both music and visuals she subverted the male gaze and rejected gender norms as a plus-size black female rapper. In the ‘Work It’ video, she even subverts racial tropes in a slave/master dynamic when a slave slaps the white off his massa to reveal another black man underneath.

Missy is undeniably one of the most successful rappers of all time. So why isn’t she spoken of in the same breath as other musical innovators of the period?

Despite being at the forefront of contemporary music, rap is not given the respect other genres enjoy. It still confounds many members of the musical establishment cough *Grammy voters* cough, where musical ability is historically viewed according to the ratio of white men with guitars to without. It’s criticised for its lack of instrumentation, viewed as mere ‘talking’, and lambasted for its misogyny and criminal culture. The outraged response when a rapper dares to headline a festival tells us this attitude persists.

“Missy is undeniably one of the most successful rappers of all time. So why isn’t she spoken of in the same breath as other musical innovators of the period?”

Rap may be the modern face of black music, but it has its roots in oral traditions, not merely in the act of rapping itself, but its topics, attitudes and signifiers of blackness and the black experience.  While its place in society has come along since the ‘old days’, as rap continues to dominate this century’s charts, this attitude persists in terms of the respect, or lack thereof, afforded to the agency and artistry of contemporary rappers. A singer, black or otherwise, is palatable because singing is a familiar form of expression, but while the majority of black musicians viewed as legendary have been vocalists, few rappers have been able to transcend to iconic status.

“Female rappers have to contend with an additional glass in the ceiling from within their own communities; one that permits their existence, but only within certain parameters.”

There’s nothing new about assaults on black creativity by the mainstream, but race isn’t the only factor at play with Missy. Tricia Rose has written extensively on women in hip hop– in There are Bitches and Hoes she says, ‘although hip hop isn’t primarily responsible for America’s sexism, it is the most visible and extreme engine for it in popular black culture, which means that it has a special impact on black women and men who, because of the racist and sexist world in which they live, rely on black culture as a source of reflection, support and affirmation’. Female rappers have to contend with an additional glass in the ceiling from within their own communities; one that permits their existence, but only within certain parameters. As is often the case with sub-cultures, the male narrative dominates, while women are forced to fight for resources.

In an industry that frequently pits female artists against each other, Missy became known for championing other female artists, including Aaliyah, Da Brat and Ciara. Her confidence existed beyond the overtly sexualised images of other female rappers of the time, but she faced (and addressed) constant criticism about her appearance throughout her career. She is one of the most respected female rappers of all time. However, she remains just that- a female rapper, a minority who are still undermined in accusations of plagiarism or who have to battle against each other. The rappers that garner the greatest respect, deemed the most skilful emcees, the tastemakers and the ones with the most compelling stories, remain invariably male. Given her achievements, the denial of this status is a testament to the dominance of masculinity and the patriarchal narrative that still defines modern hip hop; a phenomenon is not exclusive to rap.

It’s telling that only with the recent release of singles has she been credited as a co-director. Her comeback video ‘WTF’ saw her rejoin forces with frequent collaborator Dave Myers, who she worked with on seminal videos such as ‘Get Ur Freak On’ and ‘Lose Control’. Myers had this to say: ‘With a title like ‘Where They From?’ — with her being absent for some while to the point that some young people don’t even realise who she is — to me, it felt like it would be an interesting contrast… where you put her in the street, but you still have her be larger than life.’ The last album she released was 2006’s Respect M.E– an unsubtle and explicit demand. Whether she ever receives the acknowledgment she deserves is anyone’s guess, but the level of excitement that met her newest single suggests there are others who feel the same. Here’s hoping that with this comeback we finally put some respeck on her name.