Misery is the nourishing sober party for QTIBPOC that centres mental health. We spoke to founder Aisha Mirza to find out more. 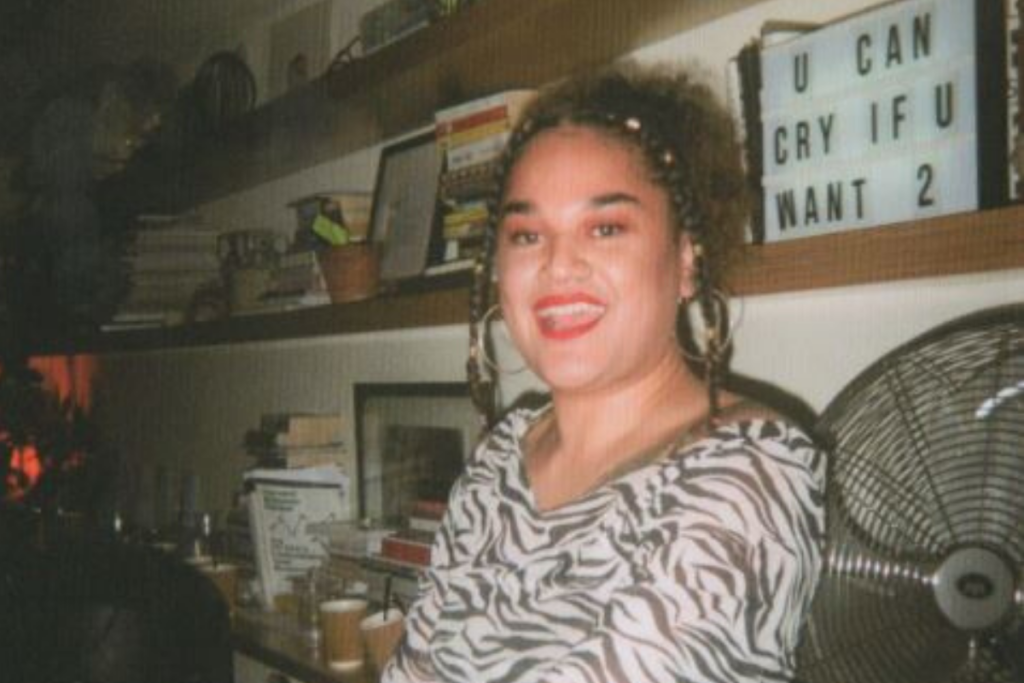 A big moment of joy for me last year was found in Misery. Not in, like, an emo or poetic way (though, as a water sign, that would be equally valid and believable). Misery is the name of a sober QTIBPOC mental health collective and party started by Aisha Mirza, aka gal-dem’s resident Queeries columnist.

We can talk endlessly about the difficulties in having open conversations about mental health and neurodivergencies in non-white communities; and how that is amplified when you are queer or gender nonconforming (whether you are “out” or otherwise). And even if you break beyond internal stigmas about seeking help, often this help is expensive and untenable. While online discourse is useful in regards to finding communities and resources, there is something sincerely nourishing about being in a space IRL where – even if it’s not constantly being spoken about – once you have settled into it, you feel deep down that there is no real fear of any of those things being an issue. You feel safe, even without the social comfort blanket of alcohol.

I went to Misery’s sad girl summer fair, and maybe it sounds corny, but honestly it felt kind of magical – not least because someone was wandering ethereally through the crowd playing some kind of glass/crystal xylophone, while someone else was spinning crystal balls in their hands like the Goblin King in Labyrinth. It was a soft and warm space where everyone seemed quietly comfortable in themselves, sipping on specially-made mocktails or masala chai, munching on delicious food, quietly colouring with felt-tips, reading zines, making castles out of kinetic sand with friends and strangers, doing self-defence workshops, getting tarot readings, getting flash tattoos, manicures and mehndi and – of course – dancing, joyously, freely. I am deeply socially anxious and insecure, but felt at peace looking around and understanding that more or less everyone else there would be able to relate to me in some capacity, whether we spoke about it or not.

Misery is a vital space for marginalised people. Following a recent Misery takeover in Berlin (“There’s a very hedonistic culture there, so I think people were quite relieved to have something different,” Aisha laughs), and a euphoric “office party” over Christmas, the collective’s got their next London party lined-up this month. I had a quick chat with Aisha about how it all got started, how they curate their events, and what advice they have for any nervous newcomers.

gal-dem: What made you decide that this was something you wanted to do?

Aisha Mirza: Last year someone I know did kill themselves. They were a person of colour, and they’d been depressed for a while – we used to talk about depression together quite a lot, because we were bonded over similar experiences of how bad it was. And I was messaging them, right up until the day they killed themselves. One of the things we were talking about was, like, ‘How cool would it be if there was a place you could be together, and you don’t have to pretend this isn’t happening?’ ‘Cos they were a really social person, the community was really important to them, and they loved going out – but sometimes you just can’t bend yourself into the shape you need to be to be safe or accepted in those environments. And at one point they did do a Facebook post being like, ‘Does anyone want to get together and just be depressed together?’. So then when they did die, I think I just threw everything I had into trying to create something. When something like that happens, it’s either be really sad or work non-stop?

“One of the things we were talking about was, like, ‘How cool would it be if there was a place you could be together, and you don’t have to pretend this isn’t happening?’”

AM: [Laughs] So I chose work non-stop – and I’m really glad I did. That was how the mental health element came about, and then the other part was just witnessing the pain and trauma and difficulty around substance abuse in our community. I think we all know more than one person who probably has a substance abuse issue, and is self-medicating in some kind of way – and so I wanted to start a conversation around that as well.

gal-dem: I was reading the beautiful piece you wrote for i-D, and you said something that struck me which I’d never thought about before – how there’s no real capitalist drive for sober spaces, because most venues make their money through alcohol sales. I had never thought about how radical a concept it is.

AM: It’s really really radical. I didn’t initially realise either, but it’s something that quickly became apparent. I feel like the project is changing the landscape a little bit in terms of what’s valued. Whenever people are happy and feeling content and wholesome, that is a feeling that money can’t buy – and so brands and businesses both will try and replicate it. Now we’ve got venues across Europe starting to reach out to us to ask us to come and throw a sober party on a Friday or Saturday night – it’s mad. Because I mean, when we first started the idea, it took like five or six months to find a venue that was willing to do it.

gal-dem: I guess something that’s struck me as being integral to your events is how it’s not just the DJs and dancing. It seems like such a thoughtful and considered curation of things to do or see or interact with.

AM: It was like, how do we create a sober space that’s comfortable for people? Because I didn’t want to just take that crutch away and let people get on with it. I put a lot of thought into how we then hold people to that experience. So partly it’s just about having things to do. There are lots of different versions of anxiety, so I was thinking about what in a space could potentially soothe that a little bit. It’s about giving people options in terms of how you want to interact with the space. And then on top of that, it’s just building a directory of queer PoC talent and healers and skills. It’s a really nice opportunity, while everyone is so warm and open and present, to share skills, but also to build a bit of an economy – like people that come to share services makng money from their queer PoC community. And I think that’s just a really beautiful exchange as well as the energy exchange.

gal-dem: At your last event you had a mental health professional there too, right?

AM: We have a new service that we’re running called One To Hun, where we have a QTIPOC therapist at the event, and they have their own quiet space and people can come speak to them – like a half-hour drop-in service. It’s not a crisis service because we can’t do that, and it’s not like therapy, but it’s like… do you have something on your mind like that you would like to talk about? Is there something you need to share, do you need to be signposted to somewhere else, do you have questions about therapy itself? The thought process behind that was just trying to break down barriers between people of color and wellbeing services.

“We do get messages quite frequently from people being like, ‘I feel nervous’, ‘I feel anxious’ or, ‘I don’t have anyone to go with’, or whatever. I’d want to know a bit more about what their anxiety is”

gal-dem: You’re creating such a beautiful space, but I imagine that some people might still have reservations about coming to a sober space – particularly if, for example, they have social anxiety or something. What would you say to someone who was uncertain about whether they should come?

AM: We do get messages quite frequently from people being like, ‘I feel nervous’, ‘I feel anxious’ or, ‘I don’t have anyone to go with’, or whatever. I’d want to know a bit more about what their anxiety is. If it’s a money thing, then that doesn’t need to be a problem – you don’t have to pay to come if you don’t want to. Or if it was a social anxiety thing, I would maybe want to talk to them about what that looks like to them. We offer a “miserable mate”, so you can be buddied up with someone – obviously, that’s from the Pxssy Palace badge bxtch system. Or maybe I could talk with them a little bit more about what’s on offer at that particular event and really set the scene for them. But overall, I would say it’s totally understandable to have reservations about being in a sober, mental health-centered space! Especially if that’s new to you, and if you are used to being drunk when you socialise. I think you just have to be really gentle with yourself – that’s the answer for everything really. Don’t pressure yourself – if it feels too anxiety-inducing, maybe now’s not the right time. But if you do want to and there’s something you can do to make it feel more comfortable for yourself, then go for it – push yourself and take the chance, because people have been surprising themselves all the time in that space, which has been really nice.

gal-dem: Anything else you’d like people to know about Misery?

AM: I did want to tell you that one of the people at the Office Party, who had come from just outside of London, told my friend that it was the first time they had ever showed their arms in a public setting due to them having self-harm scars on. And honestly that just made me so happy. I wasn’t sure if when I started this is would actually reach the people I wanted to, people who are often sad and who have really experienced the edges of what painful mental health can feel like, but I think it has, and I can’t think of a better testimony than someone feeling comfortable and empowered enough to explore like that in public, and to bring all the parts of themselves into a space, even the quiet parts. It made my heart explode.

Photography via Aisha Mirza. Follow Misery on Instagram. Their next party, Deprecious, is on at the Yard Theatre in east London, Thursday 30 Jan 2020 from 10pm – buy tickets here.