What is in a name? The impact of names in writing 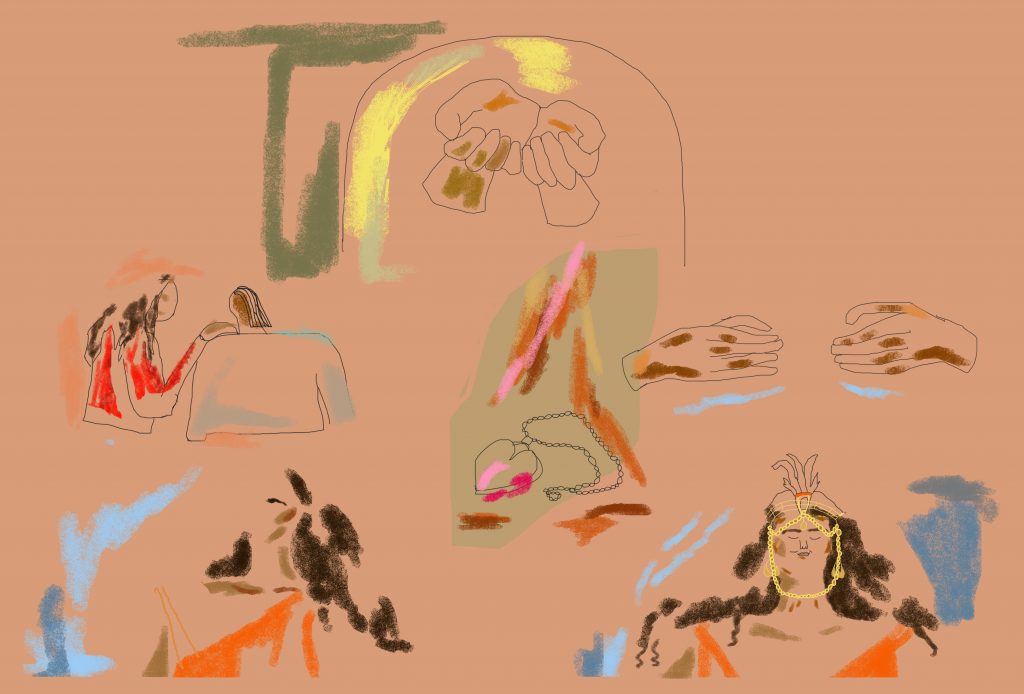 What’s in a name? That which we call a rose
By any other word would smell as sweet.
Juliet, Romeo and Juliet – William Shakespeare

Those famous words have been echoed for centuries, and it’s only now that I’ve started to investigate “what is in a name?”

My name is Yolanda Mercy and I am an Actor and playwright from London. I have been writing plays for about two  years. I love creating stories, then  presenting them on stage to see how my piece has changed or resonated with an audience. Ever since I took up playwriting, I’ve worked hard to tell stories that are true to the world I inhabit. But I have a confession; even though the stories may pour out of me, I struggle with the names for characters.

“If I’m honest I chose those names because of how beautiful they sounded together, and was shamefully unaware of what they meant.”

Finding the perfect name for a character is imperative as it  shapes how an  audience perceives a story. For instance:

I bet when you read these three synopses you imagined different stories each time, despite the fact the blurb was identical bar the names. A name can really change everything.

I started to realise the importance of a name when I began work on my second show, Quarter Life Crisis. In this I explore what it means to be an adult, and when you become one. Even though I wanted to explore “growing up”,  I also wanted a parallel story which compared being 25 in modern day London, to that of my ancestors throughout history. As a result I rooted the play’s main character “Alicia” within the Yoruba lineage (which is the tribe I am from). The Yoruba tribe is one of the biggest in Nigeria and has a long history dating back to around the 8th century BCE. The history of the Yoruba people is vast and one filled with the stories of great kings, warriors and those sold into slavery.

Aware of the vast history of the Yoruba people, I invested time in finding the perfect name for my character “Alicia”– who is 1st generation Nigerian living in London. Like many Nigerians, I wanted Alicia to have both a western name and Yoruba name.

If I’m honest I chose those names because of how beautiful they sounded together, and was shamefully unaware of what they meant. This all changed when Bas (a Yoruba translator) recorded the name and asked me if I was Yoruba. She then proceeded to ask me: “Do you know what that name means?”, I responded sheepishly, “no, I did not”. She then gave me a history lesson of the Yoruba people, what the name I selected meant, and the meaning of my own name. Talking to Bas enormously enforced my writing process and expanded my knowledge of the Yoruba people and our naming practices. I will never forget Bas saying: “Yoruba peoples name have meaning. They are clues to where we have come from. Our family’s history. My name means my family were officers, yours means you come from royalty. All names mean something and are there for a reason.”’

Spending almost two hours learning the meaning behind names, I knew that I had to share this knowledge with my audiences, so within a section of Quarter Life Crisis the character Alicia finds out the meaning of her name:

“Elders take pleasure in reminding us that our names are clues the journeys we’ve made
Oluwafemi = God loves me
Alicia = Noble one
Ife = love
Adewale = Crown has come home”
Alicia, Quarter Life Crisis by Yolanda Mercy

I remember asking my mum, why did she give me the name ‘Yolanda Mercy’, and her response blew me away. “I realised the huge importance of names, because in Nigeria you are given a name for a reason. I wanted your name to be a great one, which meant you had to aspire to big things.” Knowing that from the day I was born, my mother had the hopes of me fulfilling the destiny of the name which she had assigned to me affected me hugely, especially as I know that in many cultures naming a child is a huge family event.

“Hearing names called correctly at awards, on TV shows and in conversations with strangers makes me feel like we are living in a world which is learning to embrace all names.”

From talking to friends who are from other countries in the world I heard similar stories. My good friend is from Pakistan and she shortens her name because most “westerners struggle with the pronunciation”. Hearing her say that saddens me, because I know that she loves her full name, but out of ease and fear of having to correct others she dampens the true meaning of her name. However, hearing stories like hers reminds me of being back at school when teachers could easily pronounce “Yolanda”, “Michael”, then I would see their faces wince as they struggle with the name “Wale”, pronouncing it like “Whale” or “Wal-e”. The class would erupt with laughter, as Wale had to explain that it is not pronounced like “whale” but instead, “whal-a”. The teacher would correct herself, but then would struggle again the following week and ask “do you have a nickname?”

Hearing similar stories from my friends who went to diverse schools in London, I know that having to repeatedly explain how to pronounce your name just to have it said incorrectly can be exhausting, so I can understand why some choose to use their western names for ease.

However, in recent years there has been a huge shift in names and western society working harder to pronounce names with the likes of Chiwetel Ejiofor, Mahershala Ali and David Oyelowo becoming well known. Hearing those names called correctly at awards, on TV shows and in conversations with strangers makes me feel like we are living in a world which is learning to embrace all names.

Sometimes I wonder will I ever change my name, like friends around me who have renounced their western names of Christina (meaning follower of Christ), to be known by their Yoruba name of Kemi (meaning one who is cherished, precious; spoiled). Hearing their reasons for choosing to drop their western name, in favour of their Nigerian name as they “feel this [is] who I really am” makes me smile, as I know that we are starting to live in a society which recognises and celebrates our differences.

What is in a name? Well to answer back to Juliet’s big question, A LOT. Our names hold clues to the stories of where we have come from, and where we are going. My name is Yolanda Mercy. Yolanda means Violet and Mercy means merciful/compassion. What is your name? And what does it mean?

More information on Yolanda Mercy, and Quarter Life Crisis can be found here.