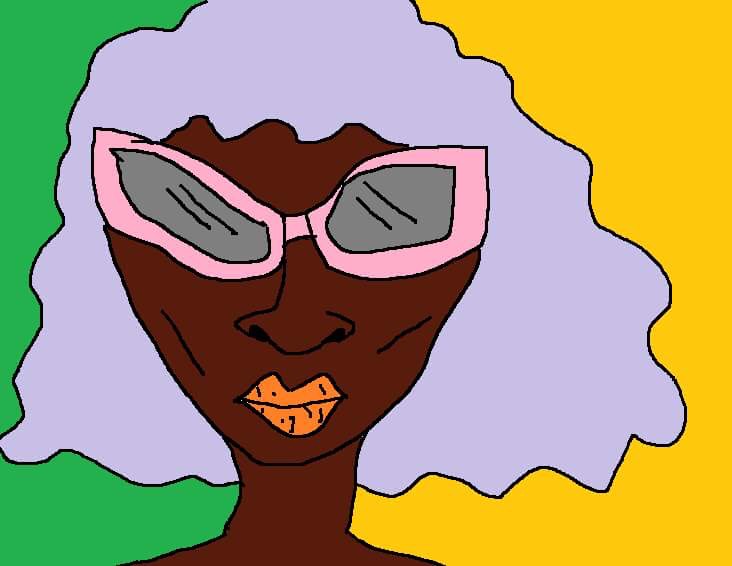 It’s 1.56am on a Friday. I’ve just got back from the library where I met a relatively new friend, and I have a compulsion to vent. Living in Italy and having friends, pretty much all of whom are white Italians, rarely helps when you have something overtly or covertly racist happen to you. I really like the girl, she’s very much a power house of ideas and someone who strives to be progressive, but I’m afraid I may lose her as a friend because I confronted something problematic she had said.

She referred to me as “the good black”. Which is, to paraphrase her, the kind of black person that is good to everyone because they have a stronger sense of community than people in the west, because of their villages, or something of the sort. Evidently, she saw it as a complement.

“I went on to explain why her comments were problematic. She defended her points, of course, as she thought the stereotype was accurate”

What she said really upset me. I went on to explain why her comments were problematic. She defended her points, of course, as she thought the stereotype was accurate. After a long conversation amid my long explanations, I think she may have understood. But I can’t be sure as she put forward her argument as to why, essentially, her thinking was justified. To her, it was acceptable to lump people of African descent into the same, very simplistic, behavioural pattern.

I ended up crying, which annoyed me as I’ve been working on being more pragmatic and strategic when feeling compelled to enter into conversations about race in Italy. After a slew of racist comments, at work as well as socially, from people with a covert dearth of basic respect for seeing black people as true equals, I slowly realised that these people have had very little base from which to build an adult conversation about these things. I have learnt to pick my battles very carefully, indeed, mustering up enough emotional resilience to talk, read, draw and write myself out of the low ebbs that would sit with me for weeks.

“I was afraid that I would have nobody around me if I were to address all of the bullshit, all of the time”

I’ve started unconsciously compartmentalising more with these things, especially as it had really started to affect my stress levels.  If I were to comment on every racialised and bigoted comment that I was confronted with, whether intentional or otherwise, I’d have little time to go on about my life.

I have seen these things before from people I had once called friends in Italy and in the UK. That well-meaning white friend who is unaware of their own ignorance and how they strip away my humanity by making absurdly generalised and, more often than not, belittling statements. I was forced to weed them out of my life and frankly, I feel better for having done so, but the process hurt me greatly. It shames me to admit that I had almost wanted to ignore it so as to keep the little family I had built for myself alive. I was afraid that I would have nobody around me if I were to address all of the bullshit, all of the time.

And this situation was not so different. It would be sad if this friendship eventually fizzled out, and to know that I didn’t have the right instruments to convince her out of the error of her ways, but, it’s not every day that I want to pick up the torch and teach white people about their ignorance – and it’s also not my responsibility to do so.

The case of this particular friend in Italy is more significant and personal, though. She is white Albanian, which is considered one of the more undesirable groups of white people living in Italy, for whom degrading stereotypes are incredibly prevalent, as opposed to the Romani Albanian community, who are often referred to as “black” by white Albanians and visa versa, from what she has told me. She understands discrimination, having lived in Italy for over 10 years and yet, is only eligible to very few rights. But what she does have is invisibility when she walks the streets as a white person. She gets to some extent, the dignity of a more holistic identity than I ever would.

“My vicinity to whiteness was equated to my lack of blackness”

The conversation left me with a sense of guilt for having spoken up about her ignorant comments, even though I felt dehumanised by her statements. Her rationale essentially being that I am a less complex human, or even worse, because I was born and raised in Europe, I am “different” from the real Africans of whom she speaks – closer to herself, closer to a well-rounded person, and therefore, I was not to be fully included in her discourse.

The excuse of “oh, but you grew up in London”, was used to justifying my apparent insufficient understanding of her comments. My vicinity to whiteness was equated to my lack of blackness, as if I am unaffected by people’s stares, looks of surprise that I am well put together, and other foolish assumptions. To her, it was as though what was once my small, animal brain had been modified for the better, having been raised in my colonisers’ country. As though complexities of character seize to exist after the Sahara.

I hope she understands as it would really upset me further to think a person, who I have a strong affinity, would distance herself because she was called out. Combatting an inability for friends to listen properly from the outset can really take its toll on my even wanting to talk about it all. On the other hand, I’m no longer willing to heavily censor my reactions to protect the feelings of my grown adult friends, to the detriment of my own health. I can no longer infantilise their ability to comprehend their casual racism towards me, especially when they see themselves as progressive. It is emotionally taxing and, frankly, I need to expect better.