Naya Rivera gave hope to a generation of black, Latinx and queer people

The death of the actor has us reflecting upon her pivotal role as Santana Lopez on Glee, during which she fought to have the character’s lesbian identity fully realised. 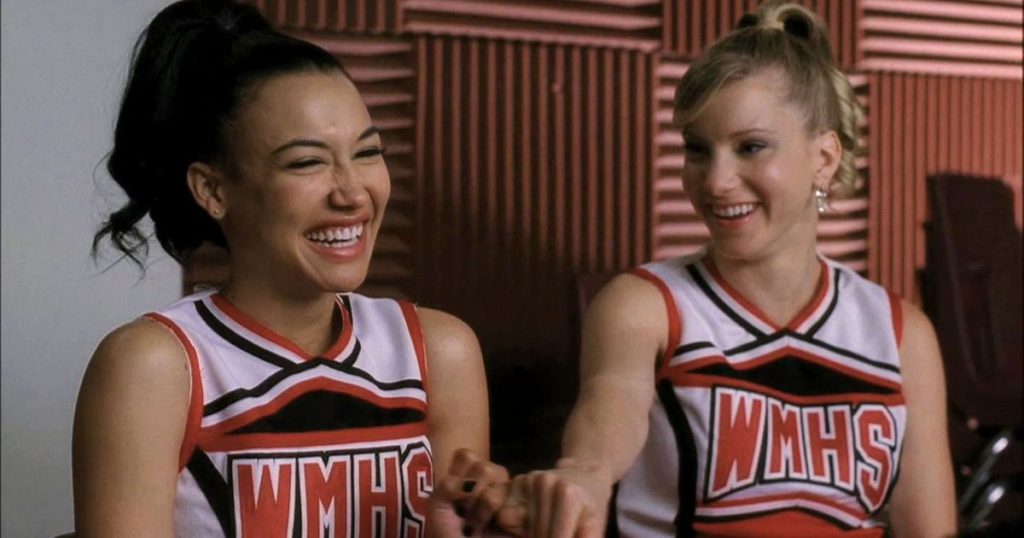 Even if you have never watched an episode of Glee in your life, you can’t have missed the outpouring of sadness and grief that has taken place over the past week. Between first reports that 33-year-old actor Naya Rivera had gone missing on a boating trip with her four-year-old son to the inevitable tragic end when her body was recovered from Lake Piru, California, five days later, her name has been trending non-stop. The fact that she was eventually found on the anniversary of friend and fellow Glee castmate Cory Monteith’s death seven years ago only made the heartache more poignant.

To younger millennials and older zoomers, Naya Rivera and her portrayal of Santana Lopez on Glee, the FOX show about a group of show choir misfits, is a vital and important pop culture figure. A mixed black and Latinx lesbian with a razor tongue and a huge, protective heart, Santana’s acidic one-liners, gobsmacking monologues, electric musical performances and confident queerness imprinted on our collective consciousness. Her death has been shocking not just because it was so tragic and unexpected, but because it seems unbelievable that someone larger than life can be gone so suddenly.

When Glee first aired in 2009, Santana Lopez was a minion – the fiery Latinx sidekick to WASP-y cheer captain Quinn Fabray. Likely by sheer force of Naya’s undeniable presence and talent, she was promoted from recurring to series regular at the end of the first season. After an astonishing turn in season 2, with a storyline where she grappled with confusion about her sexuality and was outed as a lesbian before she is ready, Santana cemented her status as a fan favourite and became solidly part of the show’s core cast.

It is no exaggeration to say that Santana Lopez is by miles and leagues the most nuanced and exceptionally performed character on Glee. Her sharp, at times outright venomous, dialogue is delivered by Naya alternately with exhaustion, malevolent glee, fond amusement, exasperation, sneering superiority, boredom, politeness, rage, upset and so many emotional shades in between, dependant on which character it was directed towards.

The scared uncertainty and vulnerability that seeped through the cracks in Santana’s steely, defensive exterior as she struggled to accept her feelings for best friend Brittany Pierce were another facet to her persona. And the way she matured from chaotic antagonist to steadfast defender of her chosen family of Glee club oddballs was one of the few examples of consistent character development on the show. The role of “the bitch” on television is so often played as a heavy-handed obvious one-dimensional villain role. In Naya’s hands, Santana was layered – charming and likeable, harsh but fair, unkind with a twist of conscience. There has never been a mean teen queen quite like her, before or since.

Of course, what made Santana Lopez vital during the time Glee was on air was the trail she blazed as a woman of colour who loved women the way she was “supposed to feel about boys”. Santana’s journey from back of the closet to centre stage stretched across two seasons and beyond, culminating in a season 6 wedding to her high school sweetheart. Across 121 episodes, Santana Lopez’s happy ending was broadcast on primetime to a generation of young adults – and their parents – proving that for queer kids it could, and would, get better.

It is a credit to Naya’s sensitivity and consideration for the responsibility that comes part and parcel of being a visible representation for minority groups that she is largely exempt from the ongoing discussions about problematic casting, both current and historic. It could be argued that a pivotal lesbian role like that of Santana should have been played by a lesbian actor, but the reality is that, according to Naya, Santana was conceived straight, man-eating even, and her sexuality was never intended to be treated any more seriously than a punchline about cheerleaders hooking up.

It was Naya herself who pushed for the show creators to explore the storyline respectfully, because, in her own words, “There are people out there that it’s not a joke to, it’s their real lives.” At a time when queer characters on television were few and far between, Naya as Santana was a torchbearer, a light that thousands of young gay and bisexual girls found themselves navigating to as they began to form their own identities. Those who took courage, comfort, or inspiration from Santana Lopez never forgot Naya’s quiet, resolute commitment to doing right by the community she was an ally to.

Rewatching Glee, and Santana scenes, in particular, ten years on, it jolts me in a good way to think about how groundbreaking the show was, and how far we’ve come since. Though we’re not exactly spoiled for choice for diverse characters and storylines in 2020, there has absolutely been significant movement in the right direction – show creator Ryan Murphy would go on to land more shows with diverse casting, such as American Horror Story, Pose and Hollywood – and you can trace the point where things started to trend towards inclusivity back to the juggernaut that was Glee in its early seasons.

The idea that stories about queer people, or black people, or disabled people or any other atypical group were not relatable or marketable was crushed under the weight of Glee’s money-spinning, award-winning, world-touring might. Representation isn’t just important for the people who do not see themselves reflected in the media they consume, but for society at large to be exposed to a broader view of the world we live in. It would be fair to say that growing into an understanding of myself and others was accelerated by watching that show as a young adult.

It takes a dynamo to be cast in a lazy sketch of a cliche teen cheerleader role and flesh the character out into a seminal and beloved icon, but as all the reverent and glowing tributes to her have shown, a dynamo is exactly what Naya Rivera was. In her short time in this life, she has left a tremendous legacy – a generation of black, Latinx, and queer kids who feel more confident and secure in their identity than they did before. What an incredible impact to have had on the world.