Why I started touring and playing (safe) gigs during the pandemic

Emerging east London soul-pop singer Olivia Dean was just getting into touring when Covid-19 changed the world. She talks us through her decision to play some socially-distanced shows from a yellow truck – the From Me To You tour – in this pandemic era new-normal. 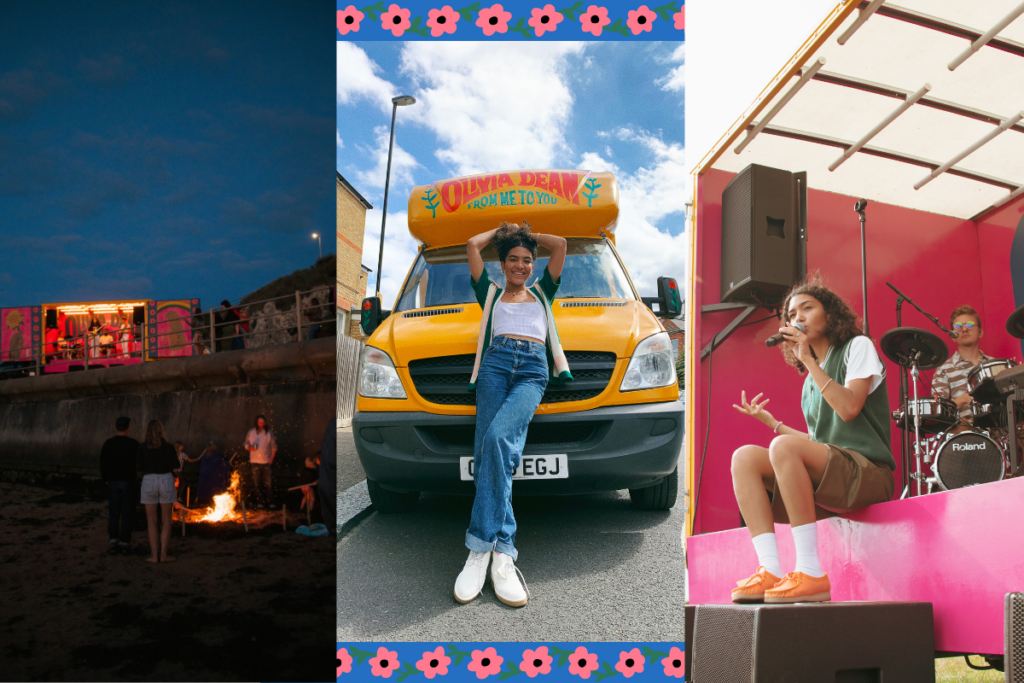 Before the Covid-19 lockdown started, I was just getting into the touring world. I’d done one support tour before, but this year was the first year I was booked to play some festivals. I was eager to get into that world and I’m still in that eager phase of touring.

Music is my passion and I get a lot of pleasure from it – but I need to remember that it’s also my job. I do find it hard to strike a balance sometimes. Performing and live music is my favourite part of the job, so I’m gutted that it’s gone, but I’m trying to make the best of the situation.

We need to accept that it is what it is: live music won’t be coming back in the way it previously existed for a little while. So people are going to have to get creative. In my case, I got a yellow truck and have been going around playing small venues or in open areas. We just turn up, open the doors of the truck and play. From doing this I’ve realised that people miss listening to live music just as much as I missed performing it. It was so interesting to see people get curious and trickle in, drawn by this massive yellow van playing music.

“I miss the sweaty, crowded environments, but I learned to adjust because not having people in close proximity means that they are safe”

The atmosphere isn’t the same. I miss the sweaty, crowded environments, but I learned to adjust because not having people in close proximity means that they are safe. The bottom line is that if I want to bring live music to people, I’ve got to get used to the current environment.

So, I see myself using this truck for the foreseeable future. I’ll turn up in it, with my own stage and play for whoever wants to listen. We’ve finished up a test run of the tour, performing in places like Cornwall, the next step is announcing an official site, taking people’s addresses, and anywhere we can get I’m going to try to travel to and play some music.

The idea for this was born from my urge to get out and perform. It began with a conversation with my manager about how I’ll just get on my bike and go around singing songs to people. It evolved from there and, before I knew it, the truck was outside my house.

It didn’t happen without planning though. We had to look into the practicality of doing it. Touring is expensive in general, because there are a lot of moving parts; lots of people involved who need places to stay and food. With this particular tour, not only do we have the expenses for petrol and maintaining the second-hand van, there is also the added challenge of being thrust back into social interactions after most people have spent a large part of the year by themselves.

At the moment, I am losing more than I’m gaining with these impromptu shows because I’m not charging for them. It’s hard to plan ahead when you don’t know what the live music scene is going to look like in the future. However, I’m trying to stay in the present and stay positive.

There are silver linings in what I’m doing with this truck tour. I hope that this will help me get my name out so that when live music does come back people will book me for some shows. I’m seeing this as an investment, but most importantly I’m seeing it as a bit of much-needed fun.

I hope that when things improve, this will come back around and that people will remember artists like me. I hope more people will be inclined to go to gigs once it’s safe to do so. Music is a tricky business because it is difficult to get to a point in your career where music is able to sustain you.

I have been very fortunate that my label has given me a budget to do this sort of thing – but this isn’t always the case, not all artists can rely on music as their only means of living. Pretty sure I’d be working in the pub if it wasn’t for my label. Fans and streaming services need to support artists however they are able to as we move into the new normal; whether that’s buying merch or racking up more streams, I hope there’s some kind of support.

Lockdown halted my inspiration to write but, looking at it from another angle, without this lockdown, I wouldn’t be here with this massive yellow truck with my name on it, performing to a smiling audience. So if you’re an artist, I’d say think about why you want to perform and who you want to bring the live music to. Think about it, then just go do whatever you’re able to do – in a safe way – so that your name is etched into the minds of people and when the time comes where live music is thriving again they’ll remember you.

As told to Malvika Padin.