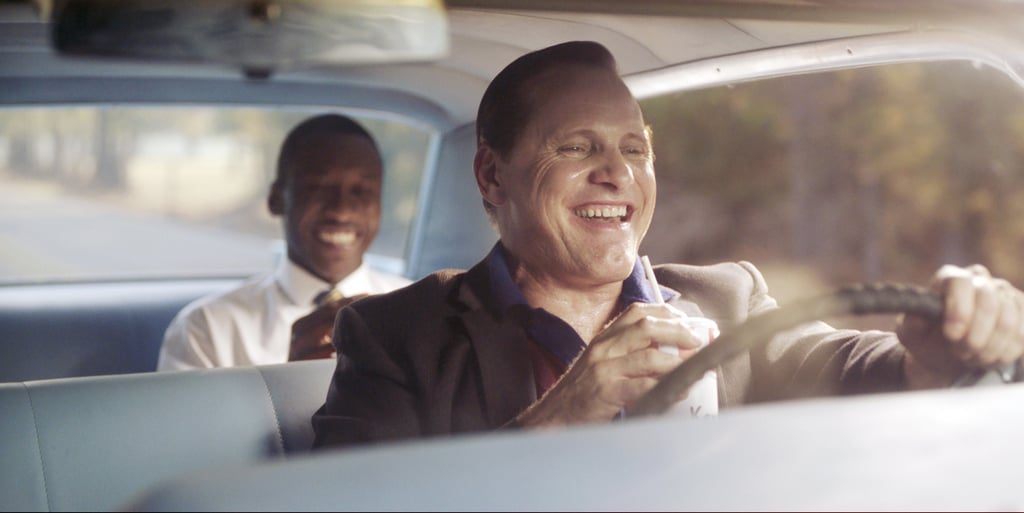 When cultural theorist Lauren Berlant observed that American femininity was driven by a “love affair with conventionality”, she could have easily been talking about the Oscars. On Sunday night, the Academy hosted another evening at the Dolby Theatre where Hollywood’s power brokers gave out annual awards to either life-affirming or soul-destroying effect.

Ruth Carter and Hannah Beachler, Black Panther’s costume and production designers, became the first black winners in their respective categories. Bao, a Disney short by director Domee Shi on Chinese immigrant dynamics, was awarded best animated short. And yet these celebrations were constrained by bigger splashes: Peter Farrelly’s Green Book, a film that has been criticised for its heavy-handed, both-sides treatment of racism, won Best Picture. Rami Malek of Bohemian Rhapsody was awarded best actor (The Onion, for its part, quips that he “deeply immersed [him]self in role of man who knows nothing about Bryan Singer’s assault allegations”; a joke too fully on-the-nose to just be a joke). Bryan Singer, then-director to Bohemian Rhapsody who was fired after reported clashes on set, nevertheless reportedly stands to earn at least $40 million from the film.

“That the Oscars have never been interested in any meaningful engagement with politics or interrogation of power within its own industry is clear, but you would be forgiven for believing otherwise”

That the Oscars have never been interested in any meaningful engagement with politics or interrogation of power within its own industry is clear, but you would be forgiven for believing otherwise. Recently, more Hollywood films have begun platforming more voices: Ryan Coogler’s Black Panther saw Marvel first standalone movie on a black superhero – one that genuinely engages with the culture of African diaspora and the legacies of colonial plunder. Jon M. Chu defied industry calls to make his protagonist white in Crazy Rich Asians to instead produce the first major all-Asian Hollywood movie since the Joy Luck Club in 1993.

And yet, the events of last night have made clear how far we have to go. When Green Book was awarded Best Picture, to director Spike Lee’s visible protest (his recent film, BlacKkKlansman, was also up for the award) we may as well have entered a wormhole back in time to 1990, when Spike Lee’s breakthrough film Do the Right Thing, a story of stark, simmering racial tensions centred around a pizzeria in the sweltering-hot days of contemporary Brooklyn, lost to another feel-good story about a white character and a black character bonding in a chauffeured car. Lee, for his efforts, recognised the irony, later telling reporters in the press room; “Every time somebody’s driving somebody, I lose”.

The trouble with Hollywood furnishing its “diverse” credentials purely based on a tally of who is on the screen – important in its own right – is that it does not then extend to considering the narratives privileged in these works, as well as who works behind-the-scenes as the producers, writers, editors, production managers and designers of these stories. When the team behind Green Book ascended the stage to accept the Oscar, the evidence was damning: barring notable exceptions such as actor Mahershala Ali and actress-producer Octavia Spencer, it was a predominantly a crowd of older white men. As for Hollywood’s stunted love affair for modern-day white saviour narratives, in which racism is offered up as a universal moral no-no, often committed by a less attractive white villain before he is suitably dressed down by another, more attractive white protagonist, you only have to look at whitepeoplewontsaveyou, an art project by filmmaker Terence Nance that mashes up decades of white saviour narratives on screen to frenzied, delirious effect.

“Green Book is an inspirational tale of how we can end racism if everyone, regardless of background, just works together. So please welcome the stage the producers of Green Book: 1000 white guys who were all born in 1961” pic.twitter.com/XW6nzqJc9q

While we should continue to contest these narratives on the basis of how it plays out on screen, we should also turn our eye around to the other end of cinema: the audience. Films that offer a platitudinous fix-it engagement with race and racism are not only lazy, but also do us all a disservice. In their easy, just-be-kind moral universe, cinema becomes something that is served up to you on a platter, rather than a two-sided act that unsettles, offers new questions, and often, a new way of self-understanding. Racism is positioned as something that either evil people or ignorant people do, rather than something that constitutes the messy waters in which we all have to swim. In the former case, the one-dimensional evil racist will be defeated at the hand of another more enlightened protagonist; in the latter case, the person will inevitably come round through the magic power of friendship; the model minority just needs to put in the work. These are not a useful or interesting models with which to understand the world. Racism is swiftly introduced then quickly dissolved, located in the fault of individuals who are destined be corrected by the tidy logic of the film; the cinema-goer packs up their popcorn, gathers their things, and moves on.

“These are not a useful or interesting models with which to understand the world. Racism is swiftly introduced then quickly dissolved, located in the fault of individuals who are destined be corrected by the tidy logic of the film”

In 1990, Do the Right Thing, despite it cultural prominence, did not receive a nomination – and reflecting on it last year Spike Lee asked “What film won best film of 1989?  Driving Miss Daisy. Driving Miss motherfucking Daisy.  Who’s watching that film now?” Meanwhile, he notes, people still remember Do the Right Thing; its final scene bristled with the energy, in which a largely black crowd, stricken with grief from the death of their friend at the hands of a policeman, tear down their local pizza joint in protest. It divided (predominantly white) critics, who bristled at the destruction seen at the pizzeria and feared the film would encourage riots in real life. And yet all good art exposes uncomfortable truths about ourselves and our assumptions, particularly for people so comfortably ensconced in privilege that they have never had to doubt anything about their self-regard in their lives. Reflecting on the film in 2001, critic Roger Ebert observed that “Among the many devastating effects of Lee’s film, certainly the most subtle and effective is the way it leads some viewers…to realize that they have valued a pizzeria over a human life.” The comfortable cinema-goer is implicated; they’ve learned an ugly truth about themselves to digest and carry on into the world.

It is a major discredit to Hollywood that the relatively few films on race they have trumpeted since then investigate the subject with the genuine care and attention it deserves.