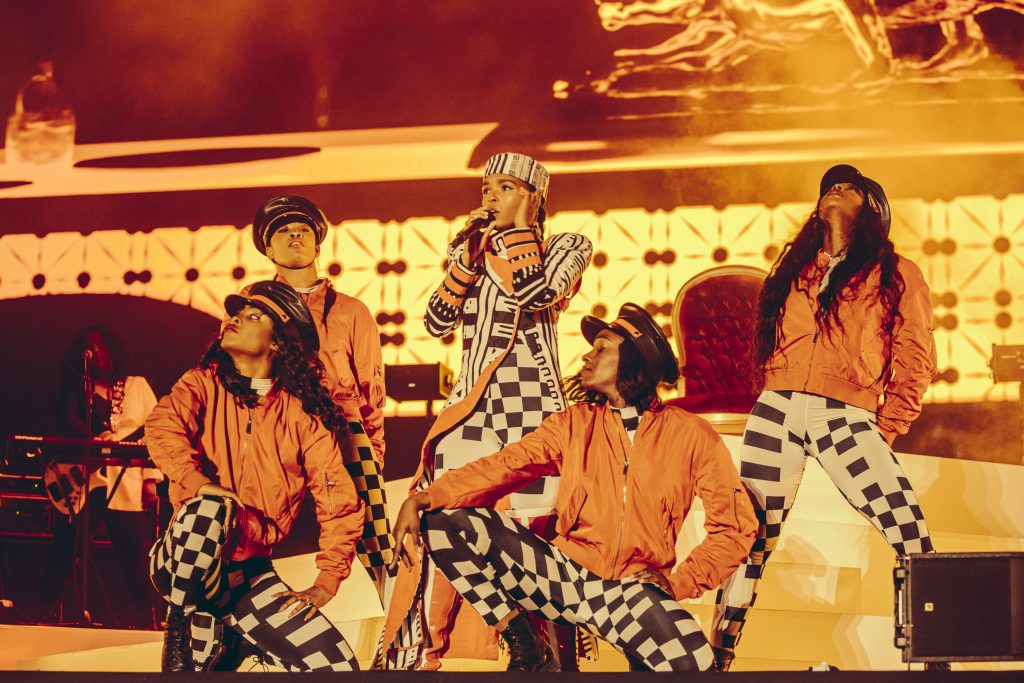 There seems to be a weird, pervasive belief that there are no women who could possibly headline a festival – not even headline, sometimes there seems to be a question mark over whether there are really enough women who could even play one. And that’s of course without even beginning to consider the place of women of colour, non-binary people of colour, and queer and trans artists in these spaces.

Some actions are being made to change this – certain festivals frequently take the somewhat cynical action of last minute adding a women’s stage, while many have signed up to Keychange, a PRS Foundation-led initiative through which various European festivals have committed to have a 50-50 line-up by 2022 (they’ve reasoned that systemic change will take longer than quick, reactionary change).

“The womxn artists, the people of colour artists and the queer artists were the best things on the line-up”

But in Barcelona last weekend, it all seemed kind of laughable. Primavera’s theme was “The New Normal”, and while I’d normally be dubious of leaning into some kind of faux-empowering “yaaaas equality! girl power! capitalism!” vibe, this was a festival that genuinely felt different – but, equally, in a way that didn’t feel like it was a huge deal. Alongside the magic of the sea breeze winding through the concrete setting, the twinkling lights dancing on the waterfront, and the fact that (almost) everyone attending the festival seemed so genuinely chill, the line-up was what made this festival feel so special and powerful – because all the womxn artists, the people of colour artists and the queer artists were the best things on the line-up.

Shout out to some of the cis-men who performed and were great, but Primavera’s strength came in showing – across a multitude of genres – that seeing women in headline slots should be standard. Sure, it raised age-old questions about what is expected of women to thrive in art (FKA twigs’ phenomenal set where she was sword-wielding, singing and pole-dancing with multiple, opulent costume changes vs. say, James Blake sitting down for the best part of two hours), but it served to reinforce the question: how is women playing these slots not normal?

There was Janelle’s exquisite show, replete with crowd-surfing, so many seamless changes between outfits (including those trousers for ‘Pynk’), and rolling around on the floor doing vocal runs. Solange’s stagecraft was second to none – a beautiful sequel to the plaintive gracefulness of A Seat at the Table-era, celebrating black excellence and creating a beautiful, self-proclaimed sanctuary.

Also, the rap! Primavera proved we are finally past a point in which “rap” means straight men, and we have to talk about “women in rap” or “queer rap” as their own separate entities. Junglepussy, Bbymutha, Mykki Blanco, Little Simz, Kodie Shane, Lizzo, Tierra Whack and CupcakKe were all at the festival, all doing their own very different things – these MCs are killing it, and making the game their own. Shouts especially to Simz, living up to her growing rep as one of the UK’s finest – her voice and energy cut through the night air.

“We are finally past a point in which ‘rap’ means straight men, and we have to talk about ‘women in rap’ or ‘queer rap’ as their own separate entities”

Obviously, we have reservations – “The New Normal” was the tagline this year, but will Primavera employ this kind of line-up consistently? Will other festivals take note and follow suit? Also, the number of clashes in stage times when there are so many great people performing is just brutal.

As the sun rose on Sunday morning over people dancing in the quasi-amphitheatre of the main stage, pulling the festival to a close, a sign appeared on the big screens: “Nobody is normal”. In this year’s iteration, at least, Primavera strove to move past the concept of “normal” in music meaning straight, cis, white men, and we are here for it.

Primavera will return to Barcelona and Porto in 2020, and will also be introducing its first ever Los Angeles event. Read more here.