How an adventure into Solange’s Houston confirmed her genius 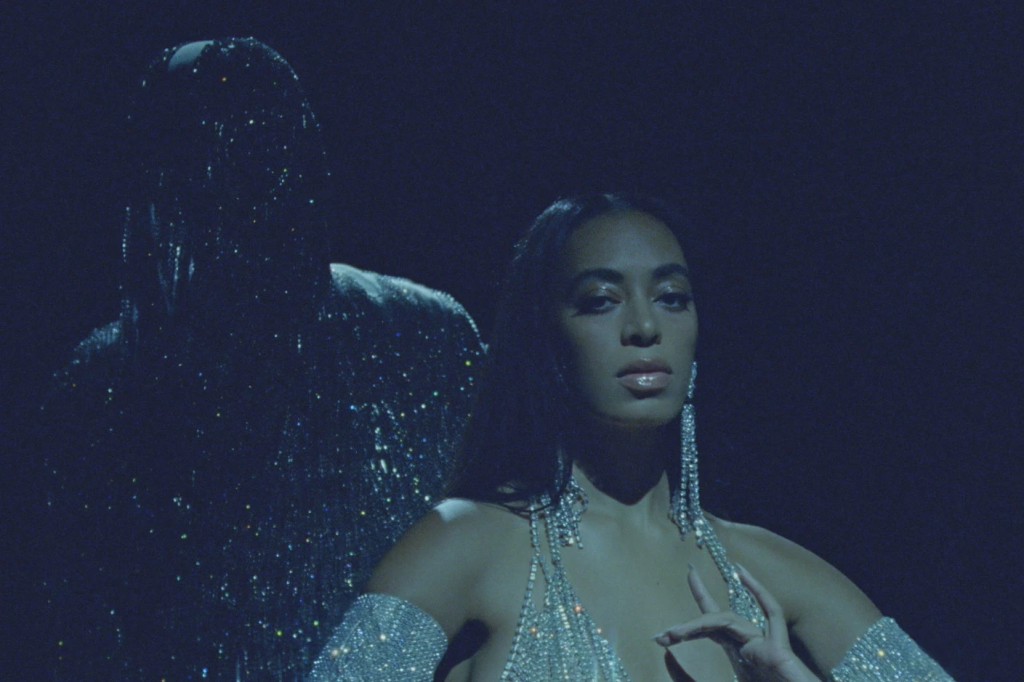 all images via Solange / When I Get Home

For her much-anticipated fourth studio album When I Get Home, Solange manifested her homecoming physically, with a series of screenings of her accompanying art film, around places of significance to her within her hometown growing up. At the beginning of March 2019, I took a flight out to Houston, Texas with a dozen other journalists to explore Solange’s hometown and celebrate the release.

After the critical acclaim awarded to her 2016 polemic A Seat at the Table, it was hard to envisage the exact direction her next project would take –- would it be further down the line of ‘FUBU’s’ deeply political content or move towards a more commercial middle ground? But with When I Get Home, it turns out the answer is neither.

Texas is not what I imagined it would be, but I guess that was the point. There are ignorant stereotypes and concerns about what you assume you’ll encounter when visiting the only Southern state with its own Independence Day, especially as a young black woman. Namely, an extreme lack of diversity and tangible prejudice that would lead to discomfort.

These fears sit alongside the tale of Southern hospitality and a picture of Texas as a land of hot weather, patriotism and cowboys. For the most part, it’s the positives that ring true. The people are proud and polite and pretty open-minded (the city of Houston voted Democrats in 2016), and the only real reason they stare is in awe of your British accent. As you leave the airport, the first thing that hits you is the humidity. Even during a relatively cold spell for locals, the air is thick, heavy and genuinely smells like petroleum.

By the time you join the motorway, your attention is drawn in every direction as motels straight out of Breaking Bad fly by, alongside real-life Waffle Houses and trucks the size of small London apartments. Lastly – and perhaps most crucially – the cowboy hats; I spot six in the queue through customs and immediately lose count once out in the open. By the end of the trip, I have my own one that I wear out to breakfast and literally no one bats an eyelid. God Bless #murica, land of the free.

The first thing to surprise me about Texas, however, is the diversity of its residents. From billboard ads littered along the roads advertising black dentists, doctors and injury lawyers, to vibrant Mexican establishments, diversity breathes life into the otherwise-muted browns and greys of the uncharacteristically foggy city. On reflection, this is the very reason for my trip to Texas: to explore and dismantle my preconceptions and immerse myself in Solange’s hometown.

Solange’s album screenings took place across a place called the Third Ward, described by Robert D. Bullard as “the city’s most diverse black neighbourhood and a microcosm of the larger black Houston community”. Projections and livestreams were set up across the area, everywhere from the first and only black-owned bank in Texas to Emancipation Park, once the sole public park available for use by African-Americans in the time of Jim Crow, with one even taking place in Ms. Tina Knowles Lawson’s old hair salon (Solange’s mother used to be a hairdresser). We had the opportunity to tour these locations, and as we travelled, we were welcomed warmly by hosts and even given a brief neighbourhood history by an elderly black police officer. With each stop, it felt like we were unveiling another aspect of Solange’s identity, one of black community and resistance.

At the final location, her breathtaking accompanying film was screened, followed by an interview with art critic Antwaun Sargent.

In person, Solange is still unbelievably ethereal. She seems to glow from a place far deeper than the highlight placed at the highpoints of her cheekbones. But it’s when she begins to talk about her songwriting process and the meticulous nature of her production and performance that you realise how effortlessly eloquent she is. In the community centre, filled with her family, friends, collaborators and fans, including the likes of Cassie, Abra, A$AP Ferg and the indomitable Ms. Tina, Solange constantly oscillates between jest and grounded wisdom. Her answers are full of giggle-y tangents and in-jokes – about her finsta, being a “scary bitch” and childhood memories – but by the end of each response, she always remembers to return to the original question and answer in full completely unprompted.

“In person, Solange is still unbelievably ethereal. She seems to glow from a place far deeper than the highlight places at the highpoints of her cheekbones”

At one point, she voices a sentiment arguably at the heart of all her work: “We’ve had to rewrite black history since the beginning of time.” And when it comes to both the collaborative process of the record, the aesthetic of its accompanying film, and its geographical grounding, When I Get Home does just that. It’s a project pushing to correct the erasure of black people and other people of colour from stories of the South, as well as establish a presence and celebrate the sheer beauty of it. Solange even jokes at the Q&A, “I don’t know who John Wayne is. I don’t know what his story is, I really don’t”, before shouting out a handful of local black cowboys that she does know about, that form her own definition of Americana, to enthusiastic applause.

By working with young Texas-based creatives throughout the creation of the project, in addition to reappropriating and exhibiting black bodies firmly within the gaze of Western cowboy culture uniting to create art, Solange is able to achieve her goal. In cowboy hats, pageantry gloves and on rodeo horses, soundtracked with cocked guns, warped jazzy embellishments and southern hip-hop nods, her fourth album creates something grounded in Houston culture and ostensibly authentic to herself.

On the subject of self within the project, Solange clarifies that she “had so much to give on the last album, it was for everyone” before confirming, “this one is for me”. She goes on to liken it to the difference between having things to say and having things to feel before ending on the museo gem that “words would have been reductive”. The record is unapologetic in an entirely different way from A Seat at the Table. Instead of being an explicit rejection of toxic norms in the external world, the rejection of norms is implicit in the record’s unorthodoxy. It won’t do what you want it to, especially not when you expect it.

One of the ways she channels this is through repetition – which Solange doubles down on with this project, on ‘Things I Imagined’, ‘Dreams’ and ‘Way To The Show’ in particular. And while the memes it’s birthed on Twitter are payoff in themselves, it’s actually at the Q&A when she cites jazz albums and meditative work such as Sun Ra and Alice Coltrane, as well as Stevie Wonder as having a huge influence on her, that it makes total sense to me.

Her messages here serve as mantras and there is an overwhelming sense of affirmation, not necessarily in the extroverted manner of her previous record where she validated the struggles of black people globally, but in a much more insular fashion. On the power of manifestation, a concept I sometimes struggle to grasp for fear of prioritising “a positive attitude” over doing the actual work, she gives the example, “If I say ‘I saw things I imagined’, the first four times I may not believe it.” And so where Solange’s music once represented fully-formed ideologies, on this record she grants us a glimpse into her psyche instead, live in action on her own journey of rediscovery. And in that way When I Get Home is both spiritual and fluid, becoming almost otherworldly in the things it hopes to express.

Despite this, many components remain constant from her earlier work: the immaculate production, her silken vocals, interludes that evade cliché via found footage and her imaginative use of samples, as well as healing harmonies. Most importantly for me, the politics is still present. It can always be a little alarming when one of your favourite artists speaks about reducing their focus on race (read here: post-race Kanye West, I’ve been burnt before), but Solange remains completely aware that her existence is still that of a black woman and that her sense of identity will inevitably touch all of her work.

The unification of blackness is something evident in both her visual work and her lyrics. The result of which seems to peak on ‘Almeda’, as she lists black and brown things with pride and resilience: “brown sugar, brown braids, black skin, black Benz, black plays, black molasses, black bury the masses”. The impossibly cool ‘My Skin My Logo’, featuring rapper and prison reform activist Gucci Mane, also seems to be a practice in the most wholesome exchange of mutual gassing each other up as black people.

Her blackness also seems to inform the work that she does with sculptures, something I had even forgotten she had a hand in creating. When designing the ultra-modern rodeo structures used in the film, she admits that she imagines a young black girl being able to reference a world or landscape that she built while discussing art 20 years from now. “I’m always caught in this place between the past and the future,” she reflects.

And ultimately, I think the same is true of her work in all of its forms. When I Get Home cements Solange as one of the most refreshing, exciting multi-hyphenate artists of this generation, not creating work you anticipate, but work that is most authentic to her. In years to come, I believe that we will likely be looking back at this record and Solange – the performer, producer, creator and director – as a truly impressive refusal of both fanfare and assumptions.

Similarly, on a personal level, the trip served as a lesson in letting go and trusting in the process. I spent hours walking around this city that I had never had a desire to visit and found an unconventional beauty in it. Connecting with new people, eating new, and I can’t stress enough, delicious things and challenging myself to exist in new spaces (e.g. inside a cowboy hat that I wear at every opportunity now) outside of my comfort zone and thriving. The album and the adventure that came with it, are a much-needed reminder to a first-gen immigrant, raised in the suburbs, now a Londoner, with family dotted across southern Africa, that home is wherever you find love and community.