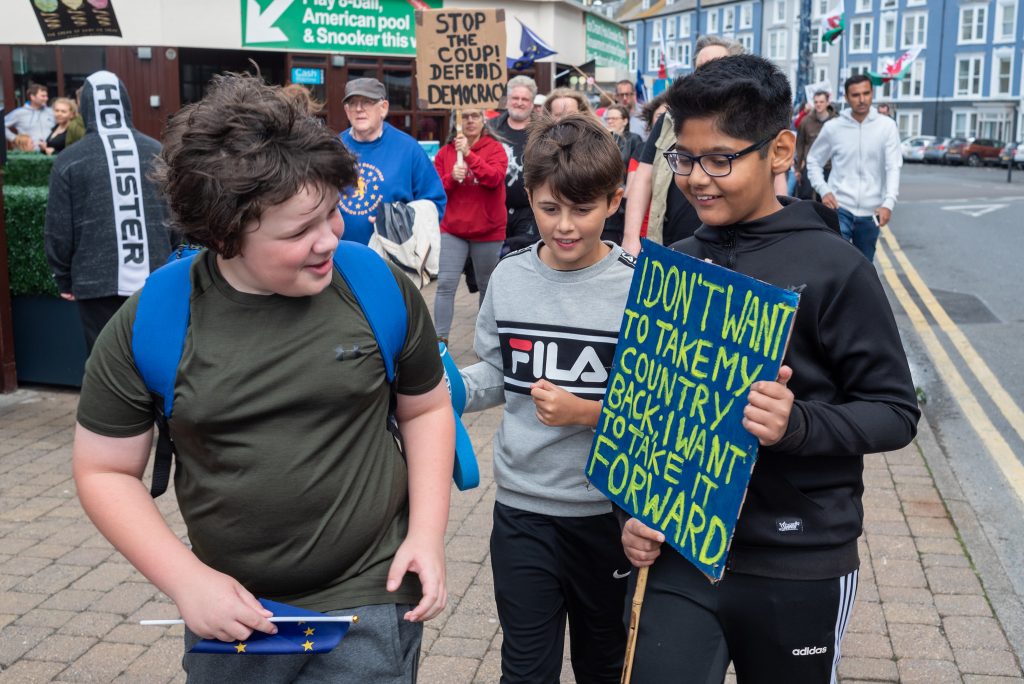 The UK is sinking further and further into the pits of hell, and the rest of the world isn’t looking too hot either.

Boris Johnson is looking more and more like a dictator with each day. You know, the type that would usually make Western media call for regime change, were he a leader in the Global South. Not only has he set upon a mission to lock out your MPs (so they have effectively two weeks to fight for a softer Brexit or turn this car around), he’s threatening to fire any dissenters and is gaslighting the British public into thinking he’s even preparing a deal to leave Europe. In his first meeting with European Council president Donald Tusk, he brought literally nothing to the table. He is only preparing for a No Deal.

Elsewhere Jay Z decided to blame single mothers for police brutality in another illustration of the hollow hope of emancipation via black billionaires.

Scroll down to read our weekly rundown on the world’s dirty laundry.

We have to assemble to Stop the Coup

Boris Johnson made a decision to prorogue Parliament for five weeks in September and October giving MPs a matter of days to block a No Deal. The last time this happened was over 70 years ago in 1948, which tells us that British democracy really hasn’t progressed that far forward since WWII.

We aren’t exactly taking the news lying down though as tens of thousands of protestors rose up around the UK this weekend in order to demand the Prime Minister Stop the Coup. Remainers and some people who voted for Brexit not the dissolution of democracy took to the streets to show their resistance to Parliament’s shutdown, which has been described by Keir Starmer as “disingenuous and Trumpian”.

The Guardian have since reported that more events have been planned across 30 different cities and towns across England and Wales, with people gathering outside the British embassy in Denmark to oppose Brexit and the PM’s prorogation.

With a pompous, air-headed Eton-lad steering our country into #brexshit, I’m starting to think that stockpiling pasta and chocolate ahead of Britain’s departure from the EU isn’t such a terrible idea after all (as long as it isn’t Cadburys).

For real though, the latest news is that Boris has called a meeting with all of his MPs meaning another General Election could be on the horizon.

Another person who’s really ruffled some feathers (quite literally) is a British woman in Morocco, who was filmed by onlookers as she verbally and physically abused a street vendor for keeping chickens in a cage.

In the video, the woman can be heard saying: “Are you all that uneducated? You can’t read, you can’t read can you? You can’t f **  read. Are you that f ** thick, you dumb c***?” After this she tries to prise the cage open and appears to bite the hands of the street salesman.

Whilst I’m completely averse to any form of animal cruelty, whether it’s grafted on social media or not, I am so sick and tired of white tourists acting with a holier-than-thou attitude when they’re moving through foreign spaces.

The footage, which was posted on Twitter last Saturday, provoked outrage after viewers interpreted the woman’s actions as a blatant example of white privilege in action, with one user posting the following caption in response: “She doesn’t seem to realise that those chickens mean income to this man and his family. #WhitePrivilege.”

Although we do not know whether the woman in the video lives in Morocco, the pattern of white tourists visiting countries and imposing their values onto the local community, without regard for deep-rooted historical customs or traditions, is one that repeats itself time and time again.

Hiba, a 17-year-old Morroccan, was one of the first people to post the video and go viral. She told gal-dem that she was both “shocked and impressed” by the footage which is what led her to circulate it, it’s now been viewed over six million times. She says the video illustrates the “maturity of (her) community”. She added: “The Moroccans, they kept their cool while she was going crazy and it’s the most wonderful thing I ever saw.”

Whilst it isn’t clear if the lady in the video is vegetarian/vegan or not, the choice to engage in ethical eating habits is a privilege. Studies have shown that eating healthily is a lifestyle trait that is only afforded to high-earning members of the population, with many calling “clean-eating” and “healthy-eating” cliques diets “of prejudice”.

• In ecological news, a Category 5 hurricane is ripping through the Caribbean and the Ethiopian Orthodox Church is trying to save its sacred forests.

• Rabid fans of Netflix show 13 Reasons Why bullied Grace Saif so much that she deleted all her Instagram pictures and locked her Twitter account. Grace plays the new girl in town, Ani, and the fan reception hasn’t been hot, to say the least, but it’s still no excuse for the amount of vitriol she’s getting.

• A venue operator cancelled a client’s wedding booking after he learnt that one of them was black. According to his statement, which was caught on video, the venue doesn’t cater to gay or mixed race wedding because of their “Christian faith”. Sounds about white.

• A black man was exiled from the first class cabin of an American Airlines flight to make way for… a dog. Okay, white people, we get it: you value dogs more than you value black people.

•Boston’s “Straight Pride” marchers were outnumbered and like clockwork, the cops spent more time protecting the literal neo-Nazis than the protestors. Several protestors have even claimed the cops used mace and pepper spray to subdue them.

•Category 5 Hurricane Dorian has ravaged The Bahamas and is now on its way to Florida. Trump said he’d never heard of a Category 5, despite this now being the fourth such storm to threaten the US.

• The Ethiopian Orthodox Church is making waves in forest conservation, but animal agriculture is putting their hard work to the test. Farmland is encroaching on the endangered forest and livestock keep eating saplings.

•Cadbury is apparently trying to fix the caste system in India with this chocolate bar. Ironic then, that even in the promotional shots the darker chocolate is still on the bottom.

Let’s really take a moment to meditate on the gospel of Jay Z, a man whose riches were supposed to be beneficial for African Americans (according to black capitalists). Here, the man who recently got into bed with the NFL to say that black people are done kneeling, even though Colin Kapernick still doesn’t have his job back, blamed police brutality on single-parent households. I think it’s time to nationalise Roc Nation and recoup all funds gained by black people’s brief support of Tidal.

Afro Answers: why the ‘porosity float test’ and hair repair masks made from food are a scam