This week Shudu goes to the BAFTAs, luxury brands capitalise from black rage and deportations continue 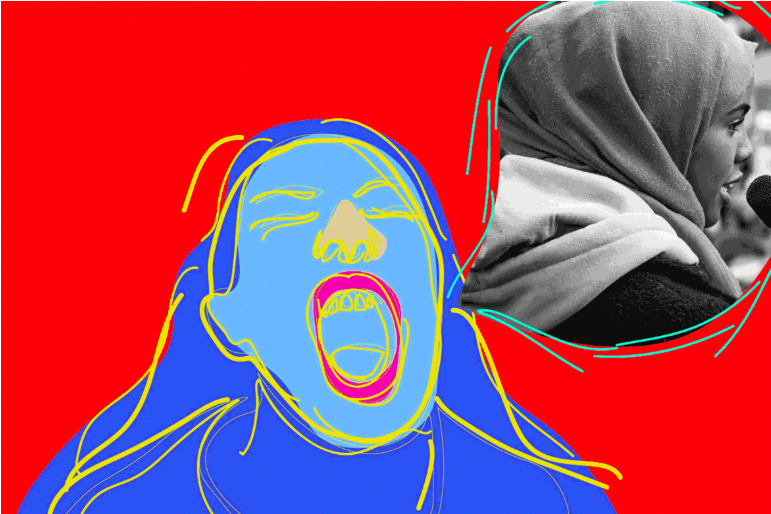 There has almost been too much overt racism to handle these past few weeks, from Liam Neeson’s admission that he roamed the streets looking for a “black bastard” kill, to Michelle Rodriguez telling us that this same (very racist) man could not be racist at all because he stuck his tongue down Viola Davis’ throat for a film with a $42 million budget. “Racists don’t make out with the race that they hate, especially in the way he does with his tongue—so deep down her throat,” she went on.

Here’s what else you might have missed in the past week.

For a brief moment last week, the whole timeline was chatting about 21 Savage, the Stansted 15 and the planned deportation of 50 men to Jamaica, some of whom had families in the UK, had lived here since they were very young children and had been convicted of minor offences. Movement for Justice (MfJ), who campaign for immigrant rights, explained to gal-dem why we should stay alert: “About four weeks ago we started hearing the first reports of Jamaicans being taken into detention and given Charter Flight notices,” said a spokesperson. “There appeared the clear racist propaganda fed to the Jamaica Gleaner by the Jamaican government about a ‘convict flight’ full of ‘dangerous criminals’ due to land on 6th February.” The spokesperson explained that the charter flight was “deeply significant” because of the amount of information released beforehand and it being entirely made up of so-called ‘foreign national offenders’.

MfJ supported the detainees to organise as a group, shared important information, and focused on getting out the truth about those at risk of removal. “The fact people were snatched from their beds in the dead of night following such outcry and a powerful debate in Parliament shows that this government made an entirely political, racist and calculated decision. This was about them trying to get over the ‘Windrush Effect’ which has in the past 10 months limited their ability to use racist scapegoating of immigrants in the same way they have done since coming to power. It was the starting shot of a new front in the war against black and Asian people in Britain. We damaged them a little, the flight only had 29 people rather than 50. But we still have much to do.” They expect a second charter flight to Jamaica to leave in the next few months and need supporters and organisers to get on board. Follow their Twitter for the latest updates.

Shudu goes to the BAFTA’s

Problematic is an understatement for Shudu, the CGI-created model who is becoming a vehicle for brands to cash in on the black aesthetic without having to pay black people. Shudu was created by (white) London-based photographer and digital artist Cameron-James Wilson who has claimed in the past that she is merely an “art piece”. However, this week, her graphics were off to the BAFTAs, where she posed for pictures with celebrities such as Regina King and Edith Bowman. This is likely to have been a lucrative deal for Wilson, who has also had Shudu “model” for Balmain. Though he’s claiming to be “for” diversity in fashion, something rankles about having a white man create an aesthetically-pleasing, dark-skinned model and then sell her off to companies who have historically not been supportive of diversity. The BAFTAs has only just started to rectify its own diversity issues using a “three tick” system; it doesn’t need to be championing more.

Is there money to be made from our rage?

In the past few months, a swathe of luxury brands decided that blackface can be monetised for the 21st-century consumer. It was Prada who first caught our attention in December with their monkey-style keyrings but Gucci caught up this week when they were forced to remove a black balaclava jumper with red lips. Meanwhile, Katy Perry’s shoes, which were black with red lips and blue eyes, were also taken off sale. To those of us who have seen garish, offensive blackface imagery, stretching all the way back to minstrel shows, the correlation is clear. Conversations about blackface have been kept in the news consistently thanks to white people still thinking it’s acceptable to dress up as black people at parties, as part of Zwarte Piet in the Netherlands, and thanks to the recent “blackfishing” scandal. What we’ve been left to think about is whether or not luxury brands are monetising our rage. Is there really such a thing as bad press? Would they manufacture a scandal?

Moment of the week:

Home security Sajid Javid claimed that all the people deported to Jamaica on a charter flight this week were guilty of “very serious crimes such as murder and rape” but it turns out that most of them were arrested for minor drug and driving offences. Even those who after difficult legal battles managed to get taken off the flight, like Twane Morgan, an army veteran and father who suffers from PTSD, have suffered a great deal. Imagine being abducted from your home, taken away from your family and strapped into a plane to a country you don’t even remember. It’s much easier for Sajid Javid to paint all working class black people in London as dangerous criminals than to admit his government has intentionally criminalised us by destroying mental health services, youth services, by giving no support to veterans who fought in our wars, no support to people fleeing economic & democratic instability in common wealth countries caused by British colonialism. #stopdeportations #sajidjavid #windrush #jamaica #homeoffice #drawthisinyourstyle