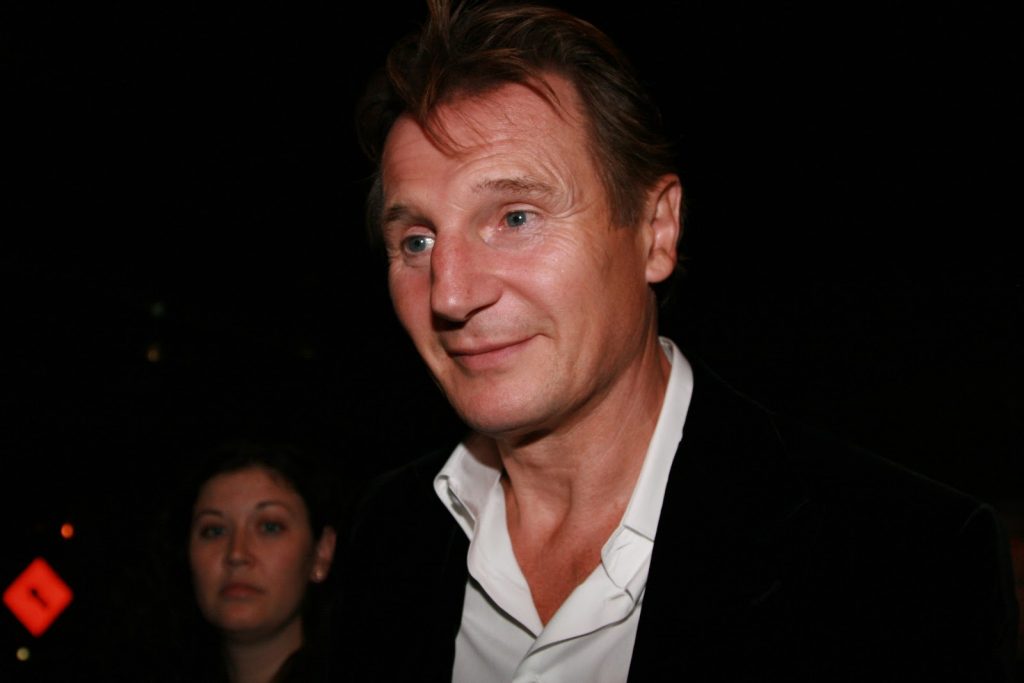 This article contains mention of rape

Press junkets are a run-of-the-mill part of being both an actor, and an entertainment journalist. They usually go the same way: actors sit for hours on end while writers from different publications pop in and get their allotted slot with the stars. They do the normal pleasantries, talk about pre-movie fitness regimes, the price of a pint and what it was like to kiss so-and-so.

But this week, Taken star Liam Neeson, famed for his portrayal of a man hellbent on revenge, hit headlines for taking the conversation completely off-script, and making a racist admission in the process. In a bizarre turn of events in an interview with the Independent, he told a story where in response the traumatic rape of someone close to him decades ago, he decided to roam the streets looking for a “black bastard” to take it out on.

‘“Holy shit,” are the only words that Tom Bateman, his co-star could muster in response to the interview gone awry. Holy shit indeed.

A Twitter storm came with fury in the hours following the piece’s publication, and Neeson’s name soon began trending. Clémence Michallon, the piece’s author, then provided a follow-up commentary via a Twitter thread that arguably just made things worse.

The conversation that followed has found a strange and close focus on whether Neeson should be praised for his honesty or damned for his behaviour in the first place. But this story, and the things that are wrong with it, needs some unpacking beyond the headline quote. We decided to do just that.

“What colour was he?”, is the first question about the perpetrator’s identity that Neeson can think to ask. While his anger is justified, why the focus on the perpetrator’s blackness, rather than his height, his hair colour, his accent, any number of characteristics he could have asked about, or subsequently chosen to focus on? Michallon consults a psychologist and explains that Neeson’s feelings about the incident could be generalised to a “specific community” – but why was blackness his target?

“This is not just relevant to race,” Michallon continues, “for example, the thoughts one might harbour about young people, or old people as well as black people.” But of course, in this instance, it is unavoidably, explicitly related to race – this can’t be overlooked. Neeson’s choice to hone in on blackness, and generalise to all black men is the problem at hand. It is not at all coincidental, or “random”, as Michallon describes.

2) The lack of consideration for the survivor herself

Victims and survivors of sexual violence deserve aftercare and support from those around them. Neeson’s response to the incident, rather than turning to care, was to immediately seek violence towards anyone he could think of, even if that meant harming innocent black bodies that passed him in the street. And he reduces it to a “primal need”.

Is it too much to ask that we (read here: men) are able to empathise with and act in support of sexual assault victims and survivors without centering themselves in the narrative? Once upon a time, we had the old “every girl is somebody’s daughter” line: a nifty trick used by men to allow them to identify with the struggles womxn face. Because of course, the only way to grasp our humanity is by placing it in direct relation to the men in our lives…

But this interview represents a new technique altogether. By mustering an outrage so deep and so violent, that you detract from the victims and discourse altogether; whether that be #NotAllMen-ing all over social media or responding to the act of violence committed against your loved one with a similarly egregious violent act in return, in particular to a randomly selected third-party that just so happens to be the same race as the original perpetrator. The only link that should connect these two crimes is the terrifying truth that many are choosing to ignore—namely, that toxic masculinity can, and does, ruin lives.

Through “science”. We have to ask ourselves who is afforded the privilege of the use of psychology to distance them from violence and why? Almost half of the interview, which was supposed to be an average press junket, is dedicated to attempting to do somersaults to explain Neeson’s admission (which he won’t provide comment for) and Michallon consults a professor in experimental psychology to understand it.

“Neeson’s words and actions are separated from him entirely, as she describes ‘how our minds can generalise’ and ‘how our brains come to think the way they do'”

In Michallon’s writing, and her follow-up tweets, Neeson’s words and actions are separated from him entirely, as she describes “how our minds can generalise” and “how our brains come to think the way they do”. Having such a gigantic gulf cleaved between misdeeds and the person who commits them is white privilege personified. As journalists, we must remember it’s not every day make excuses for the things we’re told in interviews. And as we explain why these behaviours might come about, we shouldn’t abandon criticism or let accountability go by the wayside.

4) The “moral” that Neeson takes away from the incident

Which steals the top line of the piece—that “violence and revenge do not work”. The concept of “retribution” is constantly referenced throughout the piece, failing to draw a distinction between getting revenge on an individual and literally going out into the street and planning to kill any black man you come across. Neeson launches into a platitude about how revenge begets more revenge as his takeaway point from the story, neglecting to consider that his thought process wasn’t just about his own revenge towards the perpetrator—but bizarrely, towards all black people.

If Liam Neeson truly wants to learn something from this incident, let it not be that the “racial dimension to his confession” (Just. Say. “Racist”.) is a natural impulse that cannot be taken as a judgement of his character. Instead, let us as a perfectly intelligible society and him as an adult human being hold him accountable for the prejudice and violence he allowed to surface in those moments and the privilege he holds to do so.

The more you unpack this one, the worse it gets. In her thread, Michallon revealed something extremely telling: at the end of the interview, Neeson asked her to be careful with the confession he had just made. He then followed that up with a jokey “or else I will find you,” in reference to a line from his famous speech in Taken.

“If Neeson really feels as ‘awful’, then to make light of something so close to home directly after is pretty appalling”

Forget bad taste here. If Neeson really feels as “awful” as he claims to about what happened that week, and understands the gravity of the situation, then to make light of something so close to home directly after, is pretty appalling. So for him to feel comfortable enough to joke in that way shows the distinction he has made in his mind. While not only harming but killing an innocent “black bastard” to satisfy his own rage is something he genuinely considered doing at one point in his life, the possibility of harming a white woman is ludicrous enough to laugh about in the same breath.

So what is the real takeaway?

Firstly, without knowing the ins and outs of the editorial process, from where many people of colour are standing, it doesn’t look like we were consulted in crafting the narrative thread of the piece. Keeping people of colour involved in the editing of stories on race is crucial, particularly when the urge to explain away racist actions emerges in copy.

For Neeson, a lesson in accountability is overdue. Some people of colour have lauded his honesty, and his willingness to confront his own biases candidly—former Liverpool player John Barnes said he “deserves a medal” for just owning up to it. But it’s not enough, especially considering that killing any black man you come across falls into a category far removed from simple unconscious bias, and the “moral” Neeson takes from the story falls short of anything profound. As Gary Younge points out, “‘What the fuck are you doing,’ you know?” does not a transformation make. This is no standard of accountability, it’s simply too little too late.

Neeson could have used his platform to speak up for survivors, used his remorse to advocate for equality or at least done the bare minimum and stuck to his apolitical script on the potential perils of revenge. He could have discussed racism with nuance, rather than recklessly performing wokeness for personal gain, less convincingly than he performs his own stunts in the Taken franchise. But instead he opened his mouth, and while he might not have been thinking, told us everything we needed to know.