Racism has always been Big Brother’s elephant in the room 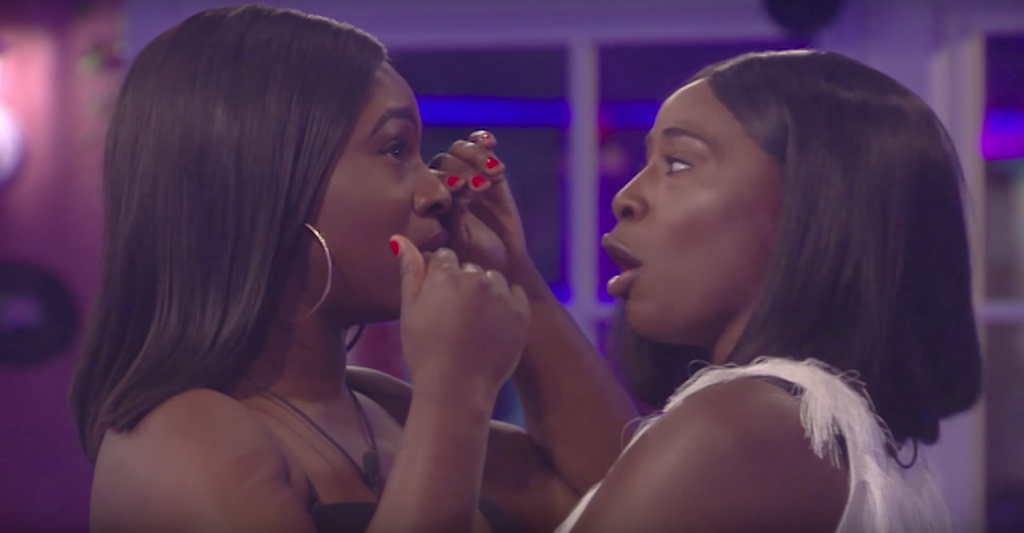 I love Big Brother, and I want it to do well. However, like many fans of the show I have noticed that its transition from Channel 4 to Channel 5 has created a lot of problems. Big Brother is dying, as one fan put in best in his title for a 4,000 word essay on the topic. It will come as no shock to a fan of Big Brother that this season’s ratings have fallen by the wayside due to the increasing popularity of Love Island, which is often scheduled against it. People would much rather gush over Marcel and Gabby than gawk at past Ex On the Beach contestants who want a bit of notoriety. One issue that has increasingly turned off many viewers of colour is the show seemingly being unable to deal with issues of race.

Many of us remember Celebrity Big Brother (CBB) season 5, on Channel 4, where many viewers saw the racism pushed by three housemates towards Bollywood actress Shilpa Shetty. This created an international incident, causing the Indian Government, Hertfordshire Police and the Equality and Human Rights Commission to get involved. However, on Channel 5 there have been many examples of more covert racism which seem to have been ignored. Even Big Brother fan podcasts, such as BB on Blast, have noted that some black people think that going on Big Brother will only harm rather than help them.

The current season has been a prime example of this. Two black women are featured in this series, Hannah and Deborah Agboola, and have since gathered large fan bases. However, when racism or racially coded language has been shown towards them it has been quickly dismissed. On day nine of this series, another housemate, Rebecca, condemned Deborah and Hannah as being aggressive after a verbal disagreement which caused Deborah to tell Rebecca to “shut up”.

It should be noted that the Oxford English Dictionary defines “aggressive” as being “ready or likely to attack”. It was very clear to a lot of viewers, that telling someone to shut up is not akin to being aggressive. When Hannah pointed out that if she “took away (her) skin colour no-one would call (her) aggressive”; Rebecca rolled her eyes and said that Hannah couldn’t “do that”.

Some sided with Rebecca. Many on that day’s Big Brother’s Bit on the Side (BBOTS),  the after-show to Big Brother, panel claimed that it was “inappropriate” for Hannah to bring up race in that context and host Rylan seemed to agree.  In all reality, it was probably not wise for the subject to be broached on BBOTS as both the panelists and the host did not seem to know how to broach the topic, and opened a can of worms on Twitter. Reality TV personality James Jordan who often appears on BBBOTS condemned the girls for using the “race card”.

Now watching @bbuk 😳 OMG
Properly kicking off in the house

I hate the PC brigade in there

Any excuse 2 use a card brigade #BigBrother

It is also worth noting, that in response to the recent terror attacks James Jordan said the UK could take “proper action” if it weren’t “too…PC”; perhaps suggesting that he thinks that any nuanced discussion of race or Islam is another “excuse” to “pull a card”.

Even when Rebecca was later evicted, she still stood by her words; upset that she was “called a racist” for calling Hannah aggressive.

Except she wasn’t called a racist, and Hannah even said that she “wasn’t putting that on” Rebecca. On day 20, there was another confrontation involving Deborah and Hannah, with many on BBBOTS condemning them as being aggressive whilst not commenting on the aggressive behaviour exhibited by the other housemates involved (including Ellie, Lotan and Chanelle). I posit that because such racially coded language is not as obvious as calling someone “Shilpa Poppadom”, that BB have been able to shirk responsibility for this.

However, if they did their Googles they would understand that throughout history, black people all over the world have been characterised as being aggressive for no real reason. “The Angry Black Woman” is a real stereotype which black women have to deal with everyday; and which even former First Lady of the US Michelle Obama has had to deal with. When black women who are assertive and speak loudly are called aggressive, it allows people to dismiss what they were saying and silence them due to fear of being condemned as aggressive. As writer, Huda Hassan has said, as a black woman she is constantly “hyperconscious of (her) actions, tone, and words out of fear that (she) might seem too angry”.

On last season’s BB, housemates Natalie Rowe and Jayne Connery were constantly at each others throats; with Connery even threatening Natalie by saying that she would “annihilate her on the outside”. Yet only Natalie, the black woman, was demonised and characterised as aggressive by BBOTS, with some even joking about Jane’s remarks and lauding Jane them.

…or annihilate you in this case. #BBUK

In CBB 17, Megan McKenna called a black American housemate “ghetto” for no apparent reason and host of the show Emma Willis diminished this by saying that “some people” may have taken “offense” to the term. By saying that only “some people” would take offense she seemed to ignore the racist implications of the word ghetto and its “pejorative” connotations. Instead of ignoring or perhaps being intellectually disingenuous about the implications of a white person saying it versus a black person reclaiming the word, it would have been helpful if, for once, Big Brother had spoken out against the many people commenting on  their social media sites who asked what was actually wrong with what he said.

During CBB 18, Christopher Biggins was removed after blaming AIDS on bisexual people and making anti-Semitic jokes. It was notable that the anti-Semitic jokes were never aired, with Biggins even claiming that Channel 5 “were trying to protect him” by not airing it. Why are some forms of discrimination deemed suitable for airing and others aren’t?

I think that Big Brother needs to tackle these problems head on, instead of ignoring them. Perhaps this will come via a diversification of their producers, as well as having a real shaking up of the BBOTS panel; instead of the same Z-listers appearing week in and week out. Moreover, when a housemate brings up their race instead of dismissing it as a “card” it would be helpful if Big Brother spoke to and aired a conversion with the affected housemate to try and understand their concerns. That way, both Big Brother and their audience may gain an education. At any rate, as a Black woman has yet to win Big Brother, I hope that Hannah and Deborah will do well in next week’s final.