Santigold on beauty, branding, and being ‘the best’ 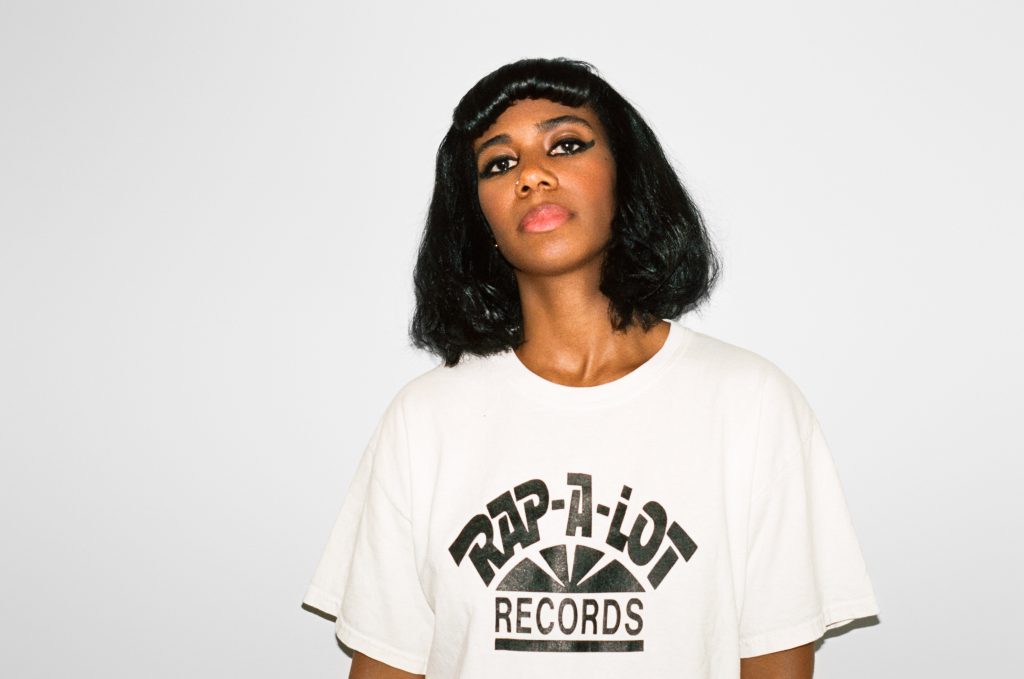 Since her origins, it’s been impossible to categorically define the sound of Philadelphia artist Santi White – best known as Santigold. Her earlier work fell somewhere in the realms of both hardcore and DIY pop; her track on Tyler, The Creator’s Grinch soundtrack (below), released last week, meanwhile, was spangly, schmaltzy and festive; and when Santi unexpectedly released an album in July, it was hailed as dancehall music. But, again, it’s difficult to consider it under any singular label – I Don’t Want: The Gold Fire Sessions is laid-back and tropical with the spirit of a mixtape. It plays like a DJ set with its seamless transitions, but you can’t miss its pointed social commentary either – something that has been consistent throughout her work.

“I don’t want to be the best” is the first line of the title track – and it’s a line I couldn’t relate to at first.

“I don’t think that everyone does want to be the best,” Santi explains in response to my query, “You might want to be your best self and that’s one thing. But to be THE best, like out of everyone, is a type of ambition. And it’s a very competitive ambition. Because it’s based on constantly measuring yourself up to other people – which is very horrible to yourself. It’s very harsh. It’s very now with social media: Nobody feels like they’re enough. I don’t need to do that, or I don’t want to do that – though I’m not saying that you don’t get caught up in doing it, because you do.”

Throughout the album and in conversation, you get a sense of someone for whom apathy is not an option. We continue to discuss social media and the issue of impossible beauty standards crops up: “It is hard. It’s hard as a woman, especially a woman of colour. The ideals of beauty are so far from what natural is for us. We’re constantly being bombarded with images… and at this point every image that you see, most women have cut their noses up to look like the same nose. And everyone has injected their faces, their cheeks and their butts. So you see kind of the same image over and over again and that’s what is being considered beautiful and you’re like, ‘Well! Guess I don’t fit this’. Being able to be yourself, and be happy with being yourself, is a really hard thing to swallow right now: especially for women.”

Santigold can be bizarrely awkward about listening to her own music: “I’m uncomfortable when it comes on in public and I’m there. I was with Jay-Z one time, and I remember telling him that and he was like, ‘Whaaaat?’ His music kept coming on because we were at a club, and he was singing along. I usually run and hide.”

Her approach to fashion, on the other hand, is bold and confident. She is known for her individual and eclectic style – a memorable piece is the pink tracksuit with her face all over it that she wore in the era of her last album, 99¢. “That was stage stuff,” she explains. “My stage stuff is all thematic – I come up with stuff based on a concept. But in real life my style is guided by the same creative impulse in making any art. For me, everything is about mixing and matching and piecing things together that people wouldn’t normally think of putting together.

“And also it’s always about comfort,” she continues, “Sometimes I wear heels – I have so many heels, but they’re all like the thick heels. They don’t get worn when I have to do something for real, they get worn when you get to go somewhere and sit down. Overall my aesthetic is like how I make my music: I take bits and pieces from all different things and then collage them together.”

The freedom she brings to fashion is more restricted when she’s navigating today’s music industry: she misses the days when artists were more able to rely purely on their music to make a substantial living. “The music industry has changed so much where actually you don’t make money from making music. You have to figure out ways to monetise your music, which is a strange hustle and not really what I signed up for. Nobody buys your music anymore. Artists don’t make much money from Spotify in the way you would when you sold records. But you need Spotify because it’s like democratised radio, because on real radio they play about five people. So it’s important if Spotify puts you on a playlist, for example, because more people will hear you, and the more people who listen the better. On Spotify, your album is basically a business card. It’s promotion.”

She explains artists make most of their money from touring and from brands, and that social media has become a big part of artists getting brands to support them. “You have to prove that you have this built-in fan base”, she says, “Like, I’m not really the best social media user – I’m terrible. But I sell-out my shows and people come to see me – but how do you prove that? I don’t have a lot of followers on my Instagram! So if a brand was trying to see my influence they’d think, ‘A lot of people don’t know her’ – but that’s not true.”

Prescient of the US band Threatin, who earlier this year faked a fan base ahead of a UK tour that no-one attended, she continues: “But you can have other artists that a lot of people don’t know, but they’re really good at social media. They can have 100,000 followers and not be able to sell-out a show – but it looks like they can. So it just adds to the falsehood of image. You can get people to feed into it and literally buy into it. A huge part of being an artist and a musician is being a social media manager. It’s not my strength, it’s not my talent, and it’s not where I want to spend my time – but you have to.”

Unfortunately or fortunately (depending on who you’re talking to) the culture of the industry won’t go back the other way. For Santigold, who jokes about finding herself with three children “all of a sudden”, it’s all about figuring out a balance where she can remain authentic to herself whilst consistently making money – her Grinch soundtrack song feels testament to her ability to strike that perfectly. With I Don’t Want… too, she felt she got the balance: “This mixtape-album has been the most fun I’ve had making music because I just threw it out there. I loved the whole process of not just making it, but not having to be overly concerned with marketing.”

I Don’t Want: The Gold Fire Sessions is out now. It will be released physically in the new year.