#SELFCARESUNDAYS: ‘You Make It’ empowers young women of colour to claim rights to their city 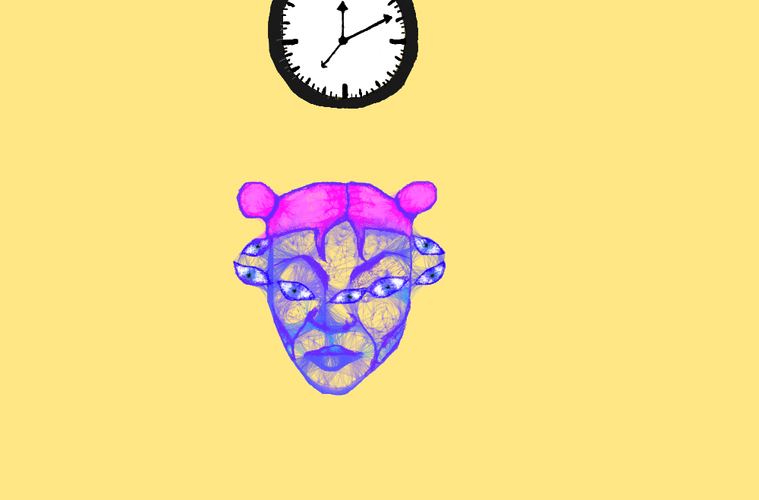 I established You Make It, a platform to support women from marginalised groups in achieving milestones towards their career goals, in 2011. I did this for a few reasons, the most emotionally overwhelming one being the passing of my late single mum to cancer. As an immigrant from Pakistan, she had arrived in London at the start of the 70s. Not long after, she ran away from a violent marriage with four girls under the age of eight in tow.

In the years of grief that followed, I pieced memories and conversations together about what those early years were like – painful and tough, but with hope offered through others who encouraged my mum, herself a resilient soul, to train as a teacher.

Over the course of her life, my mum moved us from a refuge to a Peckham council estate, and finally to a semi in North London, while, in parallel, she worked her way up the ranks within her career in education.

My sisters and I went on to university and carved out various careers. Mine had largely been in management roles within the creative and cultural industries – places I never quite fitted in, and where, as a woman of colour who clearly didn’t possess the class confidence and entitlement of my peers, I was often treated unfairly, passed up for promotion and paid less.

“How is it progress when every new, cool thing that opens only employs and cater to young and white posh people”

I wondered what would have happened to my mum, and us, if she had remained trapped. I thought about women from similar backgrounds who were wrongly falling through the cracks, never reaching their full potential because of feeling alone and being given no way out of poor circumstances.

These thoughts became increasingly angry ones when I turned on the news to hear the new coalition government of that time justify the cruelty of austerity measures, or when I walked around the East End. As the place I had been living for most of my career, it was one of the most disadvantaged and diverse areas of the country, and one that had also seen rapid gentrification. How was it progress when every new, cool thing that opened only employed and catered to posh young white people?

I decided to take action. Whilst juggling freelance work and no real funding at the start, I launched You Make It, which I ran from my kitchen table for the first two years. Based on my own experiences of growing up and progressing through the world of work, sometimes unhappily, I self designed an empowerment programme for young working class women that placed confidence, self esteem and happiness at its core.

I sought to help participants grow true confidence in their authentic selves, as well as the networks, skills, knowledge, and experiences needed to claim a right to the social, cultural and economic life of the city.

“Over the course of us working with them, our women transform in terms of how they see themselves, their city and the role they can play in it”

Our programmes are six months long and we conduct most of our outreach in local Hackney job centres. While we’re open to young women from any ethnic background, we’ve found that 96% of those we meet and who are in need of our intervention are Women of Colour (WoC).

These women tend to start with us feeling very low in confidence and marginalised in their own city. They share stories of either never being interviewed for jobs, getting to interview stage but never getting that final offer, or working low paid, zero hour contracts.

To some degree or another, they almost all report suffering from feelings of depression and anxiety often linked to neglect, onerous caring responsibilities for family members, childhood abuse, being victims of violence, and because of the stresses of raising children on their own.

Over the course of us working with them, our women transform in terms of how they see themselves, their city and the role they can play in it. Each participant is able to access therapy and pastoral care to help with previously locked away emotional trauma, 1-1 mentoring, inspirational workshops that rotate around cultural, creative and city organisations led by diverse and brilliant people who’ve made it against the odds.

Our workshops don’t just focus on business and employment skills, but encourage women to reflect on their back-stories, passions and values. You Make It also offers business start up support and work experience matched to individual interests – and some of these experiences lead to longer term employment. Most importantly, our women form a sisterhood in which they feel accountable to each other and galvanised by.

“82% of our graduates have either gone on to gain employment they actually want, established their own start up projects, or have since accessed formal education linked to well thought through career aspirations”

Women on our programmes have often been through some kind of job search related initiative before, often government funded, and all who have are clear that they’ve never accessed anything like You Make It before. As one of our graduates, Abi, said, “YMI worked on me from the inside out, it’s about getting you to think big and aim for what you really want to do.”

Abi, at the time of joining us, felt frustrated and stuck doing early morning cleaning shifts, but completed with us to get full time employment working for one of our partners, an East London co-working space, before being asked by one of their resident start up businesses to join their team.

She is one of the 90% of women who didn’t just join the YMI programme, but stuck to it through to completion. She’s also one of 82% of our graduates who’ve either gone on to gain employment they actually want, have established their own start up projects, or have since accessed formal education linked to well thought through career aspirations.

While these outcomes are something to be truly proud of, far more important to You Make It is that 81% of our graduates report feeling happier as a result of our intervention; 82% report feeling more connected to a new professional and social network, and 83% report significant increases in their confidence.

The ultimate power in our approach was recently summed up by one of our single mums in a letter to me on International Women’s Day: “You Make It unleashed in me the woman I was born to be, after the depression, poverty and thoughts of suicide locked her away. Getting out of negative cycles isn’t easy, but You Make It made me see that it is possible and I could now never go back to the mediocre me. We live in a world that systematically tries to write women like me off, but because of You Make It, I won’t let that happen.”

If you’re 18 to 30-years-old and live in East London, you can apply here for one of the 25 places worth £5,000 on their 6-month creative and holistic empowerment programme. The next programme starts from 14th June 2018, and they’ll be in touch within seven days after you’ve applied.

You Make It also encourage mentors and partners to come forward to join the incredible, poignant work they do. If you’d be interested in becoming a mentor, find out more here. You can also find out more about becoming a partner here.