My skin doesn’t make me black 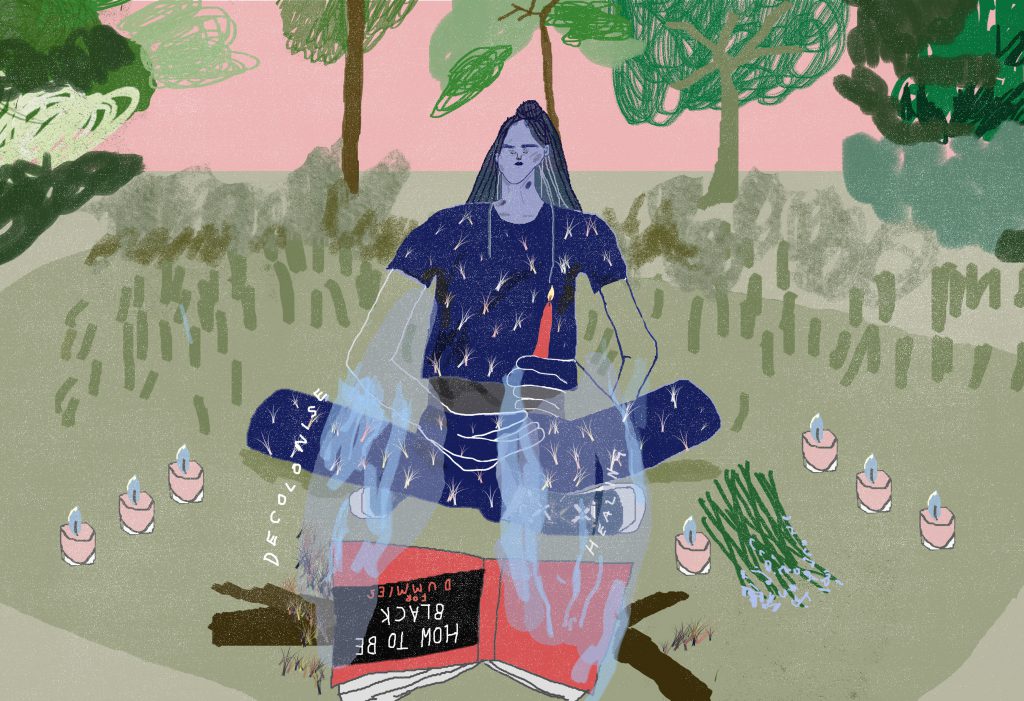 “The idea of race is a lie, how you can lie about a lie?” – These are the words of Rachel Dolezal, a woman who pretended to be black for 15 years. Rachel was given the opportunity to discuss the controversy surrounding her race on BBC Two’s Newsnight a few weeks ago. Contrary to public opinion, she stood firmly within her belief that she is indeed a black woman. Under her alias as a black woman, she fraudulently acquired the role as the president of the National Association for the Advancement of Coloured People (NAACP).

It is fascinating to me that an imposter could be given such a prestigious platform to campaign her ridiculous agenda. Platforms where black women are not represented proportionally, which results in a lack of role models that young black girls can look up to. She has been able to capitalise from cultural appropriation and as a result of this growing recognition, has written a book titled ‘In Full Color: Finding My Place in a Black and White World’.

In 2002 Dolezal sued Howard University (a HBCU institution), after she allegedly received racial discrimination. However, Dolezal stated in her Newsnight interview that “race is a social construct”, which is ironic coming from a woman who has preserved this same social construct by exercising her white privilege. Cultural appropriators like Dolezal embrace “blackness” or black culture up until the point they themselves face adversity or discrimination, which the black population have dealt with for centuries.

Rachel Dolezal has sparked an interesting debate on what it really means to be black. Dolezal attempts to appear as if she is a black woman, by wearing a synthetic curly wig and masquerading around in blackface. Her effort to be perceived as black did not stop there, as she became an activist for black civil rights and a professor in African American studies. Her actions perpetuate a crippling assumption that blackness is to be earned and it is not enough to be black and not “act black”.

Being black is not characterised by a particular aesthetic or form of behaviour, being black is more than just skin deep. To be black is an emotive concept, something you feel not what people perceive you to be. I am not black simply because I look in the mirror and see dark skin, my identity as a black woman is also a manifestation of the shared experiences between myself and my ancestors. Many black people today are still plagued with anger over the effects of the colonisation of Africa and the slave trade, a feeling that goes beyond the surface.

Many black people have faced some form of adversity or discrimination based on the colour of their skin, an experience Dolezal who has lived a number of years as a white woman, will never truly understand, despite her claims. Dolezal did not grow up burdened with the reality that black women make up just 8% of private sector jobs and 1.5% in leadership roles. And, she most certainly could never relate to the overwhelming pressures many young black females face to straighten or relax their beautiful naturally curly hair.

Wider society maintains the expectation that a black woman is loud, angry, has a particular curvaceous physique and most probably listens to hip hop. However, at times it is the black community itself that will hold black women to this same standard. Restricting black people to only be characterised by stereotypical attributes is detrimental. These people are often ostracised and criticised for not being black enough or trying to be white, hence why they are labelled as an “oreo”.

It important that the black community does not base their identity on the societal expectations of what black is. Being black is grounded in much more than our physical appearance and stereotypes, we cannot let others define what it means to be black. Black culture is now more popular and profitable than it is has ever been. It is imperative that the only people who benefit from this increased popularity are black people. Our narratives and experiences are authentic and exclusive to only us, no amount of extra dark fake tan could grant anyone else a seat at the table.