Spice up your life – an essential seasoning guide for freshers 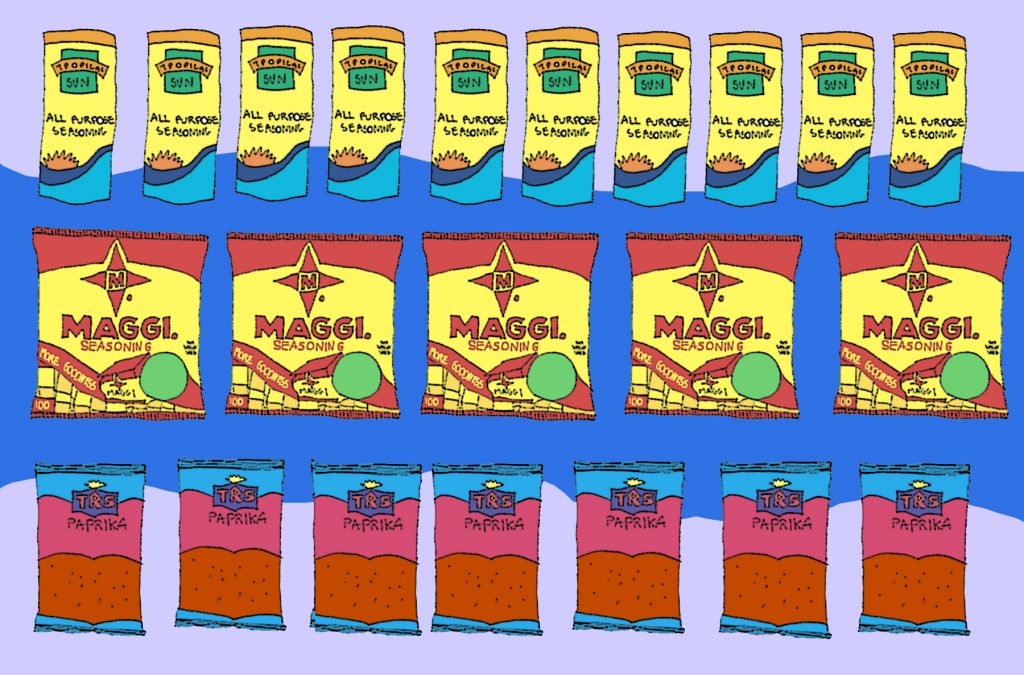 Preparing for university can be overwhelming when it comes to figuring out what to buy. This will probably be the first time you are living away from home and all the decisions you have to make are nerve-wracking. Thankfully, the internet has shopping lists that have been a great source of guidance for stationery, bedding, clothing and room décor. However, I’ve struggled to find a comprehensive list online for essential seasonings – many didn’t go beyond salt and pepper. Qwhite unsurprising considering that pretty much the entirety of the university experience, with the exception of African Caribbean societies, is catered towards white students. Don’t get me wrong, the lists are useful, but as someone from Sudan and who’s lived in West London all my life, my food is incomplete without actual seasoning, which brings about more vibrant and tasty meals.

The process of shopping for university has made me realise that I’ve taken for granted the seasoning present in dishes my mum makes and in the restaurants I’ve gone to, with cuisine from places ranging from India and Turkey to Lebanon and Vietnam. With the independence of university life, I want to ensure my food resembles what I’m accustomed to, so I can maintain a taste from home whilst in another city. After asking my friends, family and Twitter for help, I’ve compiled a list of essential ingredients needed for university freshers with elevated taste buds. I doubt all of these seasonings will be in abundance in shops like they are in London, but hopefully, most students won’t be too far away from a cultural hotspot where they can purchase them. You know, that part of town with distinctly less white people than everywhere else!

MAGGI CUBES / LIQUID: These bouillon cubes (or the superior bottled liquid) are super versatile and are found in virtually every black household. The chicken stock cubes, as well as vegetarian and vegan alternatives, are perfect for soups, broths and stews. They’re hella convenient to use and they add distinctive savoury flavour to any dish. MSG-goodness.

SESAME SEEDS: These fibre-rich seeds are used in both savoury and sweet dishes across Asian and African cuisines. Just like humans, the darker seeds tend to have the most flavour. They can be used in vegetable egg-fried rice or with sticky chicken, and my mum puts them over savoury pastries. You can even get your bake-off on and use them in desserts like tahini and honey cookies.

CURRY POWDER: The GOAT kitchen staple, curry powder is usually a blend of things like coriander, cumin, mustard and bay leaf, with turmeric giving it the distinctive yellow colour. Its versatility means it you can dash it into anything: potatoes, scrambled eggs, soups, meat and vegetables.

CUMIN: Adding cumin to meals will infuse them with a rich earthy taste, which is why it’s mainly used with savoury dishes such as grilled chicken, vegetables, curries and stews. There’s also cumin tea which is said to have a lot of health benefits. I’ll take that.

CORIANDER: Best when bought fresh, coriander is widely used in Middle Eastern, Indian, Thai and South American cuisine. It can be used to garnish salads and meat dishes and can be added to marinades and soups. Be careful though, some people have a gene that causes coriander to taste like soap. RIP their taste buds.

DRIED BAY LEAVES: Bay leaves can be used whole or ground. They’re added to the pot while it’s on the heat and usually removed when the meal is done – they’re used primarily for the aroma, not the taste. Some recipes which include it are soups, biryani, and Thai curries.

DRIED OREGANO: Originally from the Mediterranean, my mum is probably the largest UK consumer of oregano by volume. It’s amazing with tomato dishes like chilli, pizza and spaghetti bolognese. If added closer to the end of the cooking process it’ll heighten the flavour.

DRIED SHIITAKE: Commonly used in East Asian cooking, you can find these in any local Asian market. With an overnight soak, they’ll work well with udon noodle soup, Korean shrimp dumplings or in chicken and shiitake bao.

THYME: This highly fragrant herb can be used both fresh or dried. It pairs well with beans, tomatoes and meat. I personally enjoy it mixed in with other spices to form Lebanese Za’atar spice that’s used in Za’atar w Zeit wrap bread, but alongside scotch bonnet, it adds a delicious flavour to rice and peas.

CHILLI POWDER: Chilli powder gives meals that extra kick and I enjoy adding it in when something tastes particularly bland. It tastes great in jalfrezi, kebabs, tandoori mixed grills, beef chilli or added to soups, stews and noodles.

PAPRIKA: Originally from Central America and made from the dried fruits of the capsicum pepper, paprika is a ground spice that is used as a seasoning for stews, soups like Goulash, and in meat. It can be used to colour rice and as a garnish. Grab a TRS bag and get sprinkling.

NUTMEG: Nutmeg is a sweet brown-coloured spice used in both savoury and sweet dishes. It works well in chocolate cake and even when added to hot chocolate, pairs well with sweet potatoes and can even make eating spinach bearable.

CINNAMON: Cinnamon can be used both in its powder form or whole sticks. It’s perfect for desserts. It will always remind me of the sweet treats I’d make with my cousins, like cinnamon rolls and biscuits. It’s also dee-lish-us with breakfast dishes like French toast or porridge oats.

GARLIC POWDER: Garlic powder and onion powder are both pretty convenient if you lack time to use the fresh ones. An essential in my household due to their versatility and strong flavours you can mix them into dry rubs or and them to gravy, soups, stews and sauces. They can also be mixed in with other spices to make a dry rub for meat.

ALL-PURPOSE: For those days where you’re actually dead inside and you just want your instant ramen to taste of something other than MSGs, all-purpose seasoning is the way to go. The one used in my house most is the Lebanese “seven spices”, which includes black pepper, paprika, cinnamon, cloves, cardamom and nutmeg. But any all-purpose from your local supermarket, like Dunn’s River, will do the trick.

Think we’ve missed something? Let us know in the comments.