Ted Bundy was not an evil genius, he was a privileged, white man

This article contains mention of rape

In the past few weeks Ted Bundy, the necrophiliac-serial killer who murdered and raped over 36 young women, has been resurrected by the media. We’ve seen the release of a Netflix four-part documentary series, Conversations With A Killer: The Ted Bundy Tapes and the advertisement of an upcoming film, Extremely Wicked, Shockingly Evil And Vile, starring Zac Efron.

In the trailer for Extremely Wicked, Shockingly Evil And Vile, Zac Efron winks at the camera and cuddles up to his girlfriend’s small daughter. We are even treated to a brief glimpse of Efron’s sculpted hairless torso. Bundy is depicted as charming, wholesome, and attractive. The film has been widely criticised for its sexualisation and glamorisation of the serial killer and rapist. One such critic is Belva Kent, mother of Debra Jean Kent, one of Bundy’s victims: “It’s very disgusting to me. It’s kind of aggravating.”

Others, including Kathy Kleiner Rubin, a woman who was attacked by Bundy in 1978, have defended the film, claiming that it was true-to-life as Bundy was in fact seen as an attractive and charming personality: “When they do say positive and wonderful things about him, that’s what they saw.”

Bundy is rarely mentioned without at least a reference to his appearance. His apparent “sexiness” garnered his fame and fandom. During his trials, he acquired a legion of groupies in the form of adoring young women, some of whom defended his innocence. Bundy’s good looks are what has shocked and horrified people most: how could someone so handsome, so charming, so white be capable of such heinous crimes? This, Zac Efron has claimed, is the point of the film: “He pulled the wool over our eyes.” My issue here is not with Ted Bundy’s resurgence in the media nor is it with hairless heartthrob Zac Efron, my issue is with society’s larger failure to recognise the correlation between Bundy’s privilege, and his murder and rape of at least 36 young women, the youngest of which was 12-year-old Kimberly Leach.

“My issue is with society’s failure to recognise the correlation between Bundy’s privilege, and his murder and rape of at least 36 young women”

Depicting Ted Bundy as an intelligent, charming, manipulative and brilliant individual is the easiest way to explain how he managed to “pull the wool over our eyes”. It is more frightening to entertain the possibility that he was instead a very mediocre and entitled white man, because if we do, we must confront the stark reality of white male privilege. 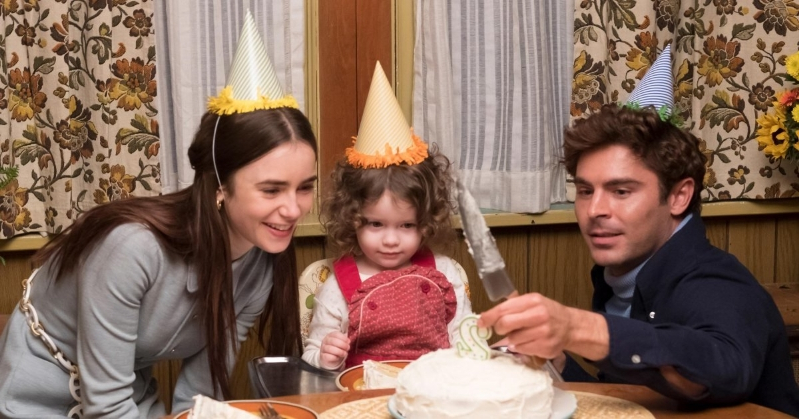 In the summer of 1974, following the disappearance of six young women in Seattle, Washington, a further two women were abducted from a crowded beach in broad daylight. After their disappearances were publicised, witnesses came forward with information: his left arm was in a sling, he drove a tan VW Beetle and he introduced himself as “Ted”. After this information was released to the public, along with a witness sketch, four people reported Bundy to the police. These four people were his ex-girlfriend, a former teacher, a close friend and a co-worker. Unfortunately, the police working on the case, overwhelmed with tips from the public, dismissed Bundy, believing it unlikely that the perpetrator would be a respectable-seeming law student. Two things are of significance here: firstly, what kind of mastermind abducts women in public, using his real name and car? And secondly, Bundy’s appearance prevented his arrest in 1974, enabling him to kill at least ten young women before finally being arrested for the first time in August 1975.

The Netflix documentary series concludes with Bundy’s prosecution. In 1979, after a jury finds Bundy guilty and he is sentenced to the death penalty, Judge Edward Cowart took a moment to address Bundy with some kind words: “You’re a bright young man. You’d have made a good lawyer […] I don’t have any animosity to you.” Staring at my TV screen at 1 a.m., I couldn’t believe it… but then, I also could. In 2015, Stanford-swimmer and rapist Brock Turner was sentenced to only six months in county jail after sexually assaulting an unconscious young woman. People were outraged and attributed the lenient sentence to Turner’s privilege as a rich white man. According to Judge Aaron Persky: “A prison sentence would have a severe impact on him. I think he will not be a danger to others.”

In Aaron Persky’s mind, Brock Turner was not a dangerous rapist. Similarly, in Judge Edward Cowart’s mind, Ted Bundy was not a dangerous serial killer, serial rapist and necrophiliac. Persky’s verdict is emblematic of a much wider issue: the failure of the criminal justice system to protect victims of sexual assault. Not only does gendered and racialised privilege exist, but we are socialised to uphold it, even if we ourselves, do not own it. During Bundy’s trial in 1979, one of his female groupies said “I’m not afraid of him. He just doesn’t look like the type to kill somebody.” We live in a society where we are socialised to believe that Bundy’s appearance is not conducive to violence. Part of this socialisation includes the perception that white men are less threatening than other ethnic minorities, in particular, black men.

Perhaps an important case for comparison is with that of Cyntoia Brown, the woman who was drugged, beaten, and sex trafficked when she was a 16-year-old child. Brown was arrested for shooting and killing her rapist. She was tried as an adult, and sentenced to life in prison in 2004. The case of Cyntoia Brown presents a stark contrast to that of Turner; she was a homeless black teenager with a traumatic past and was possibly at her most vulnerable when a 43 year old man tried to take advantage of her.

Late last year, after a global campaign urging Tennessee Governor Bill Haslam to grant Cyntoia Brown clemency, Charles Robinson, the lead detective on the case, wrote a letter to Haslam. He urged the governor to refrain from showing Brown mercy: “Cyntoia Brown did not commit this murder because she was a child sex slave as her advocates would like you to believe. Cyntoia Brown’s motive for murdering Johnny Allen in his sleep was robbery.” And here we have it, whilst we find it difficult to believe that affluent white men would commit unprovoked acts of violence, we find it impossible to believe that a vulnerable young girl might have acted in self-defence.

Instead of marvelling at the horror of how someone who seems so attractive could be so violent, it is more important to ask ourselves why we inherently view certain people as attractive and others as violent, and furthermore, deserving of a life sentence. Similarly, it is easier to glamourise Ted Bundy as charming mastermind than it is to recognise that mediocre white men can get away with despicable and heinous criminal acts, including large-scale femicide, for a long time before they are brought to justice. The reality of the latter is much more unsettling.