Through policy change and education, this collective aims to create a future without hair discrimination in the UK. 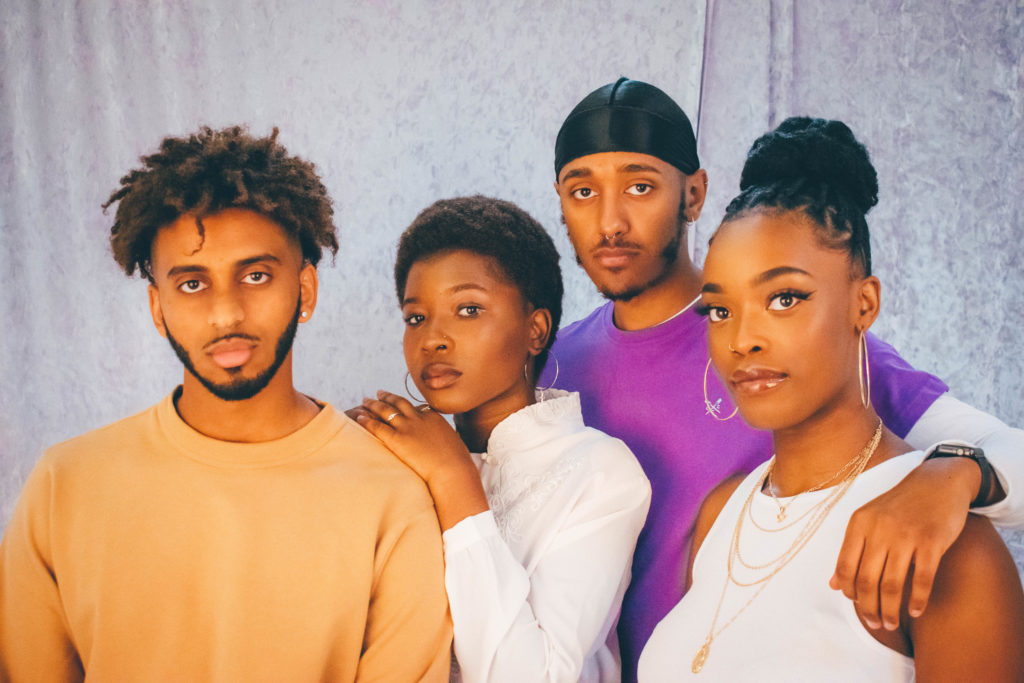 Growing up in South London, I saw many people with hair like mine. But while afro hair was everywhere, it wasn’t necessarily accepted.

One day in primary school stands out. I came in with cornrows and some of the kids laughed at me, saying I looked like a boy and that my head looked weird. Every time my mum did my hair, I’d always end up taking it out by the time I got home, all because I wanted to fit in so badly.

Despite mum’s best efforts, these childhood experiences influenced my perception of hair. By the time I was in secondary school, I felt the need to straighten it almost every day. This was only reinforced by the fact my school’s dress code had always explicitly stated: “no unnatural hair styles or colours”, which meant that girls who came in with protective hairstyles were told to either change the colour of their braids or take them out completely.

I knew this was wrong, and it made me feel like my friends and I stuck out even more. No matter what we did to our hair, it still didn’t exactly fit into the school’s perception of what “neat and tidy” was. I didn’t have the knowledge or vocabulary at the time to challenge my school and often people who did, were punished for questioning the dress code, either through detention or by being sent home.

During the years I did start to embrace my hair, I was constantly told I wouldn’t be taken seriously in professional settings with my natural hair. Even more disappointingly, people I had looked up to and respected, told me I should straighten it because Black hair is often branded as unkempt and unprofessional. Comments about my hair had always stung, but it took me a long time to realise that I was experiencing hair discrimination.

My story is just one of many. Across the UK, Black people are facing hair discrimination all the way from school to the workplace, simply because of how they choose to maintain and style their hair. For some, the teasing escalates to full-blown harassment and they have even legally challenged their school or employer.

In 2017, 12-year-old London student, Chikayzea Flanders, was told to either cut off his dreadlocks or face suspension on his first day of school. Despite his mother’s efforts to campaign, saying that his dreadlocks were a fundamental aspect of his Rastafarian beliefs, her son was taught in isolation. He ultimately chose to leave this school. The Equality and Human Rights Commission (EHRC) supported the family in taking the school to court. In the end, the school accepted that their uniform policy and ban on dreadlocks was a form of indirect discrimination.

Although Chikayzea was successful in holding his school accountable, this isn’t the case for many people who face hair discrimination in the UK. Many don’t know their rights and the costs of legal representation are out of reach for most. And because hair discrimination is often seen as a form of “indirect discrimination”, this can make it more difficult to bring a case.

An example of this was the case of Lara Odoffin. In 2015, Lara had her job offer withdrawn because her hair was in braids. Her prospective employer had stated they couldn’t accept braids because it went against their “uniform and grooming requirements” received from their clients. They requested she take them out, otherwise she wouldn’t be offered any work. Lara’s story gained lots of attention on social media. While she never publicly named the company, she did continue to challenge the ignorance in their policy and sought legal advice.

It’s because of stories like these, and having our own hair policed, that I was inspired to start the Halo Collective along with 29 other young Black activists from South London. We all came through The Advocacy Academy, a transformational social justice youth organising movement, which advocates for a varieties of issues affecting our experience. We quickly realised that there wasn’t a single one of us who hasn’t experienced hair discrimination in our lives, especially those of us with tighter curls and kinkier hair. Hair discrimination is so normalised in the UK, it’s hard to pinpoint if you have even faced discrimination, but learning how common this experience was amongst us, we realised it was the right time to build a coalition to change this.

We’re also not alone in this movement. As a collective we’re building on the work of many others who have raised the profile of this issue in the UK. Broadcaster Emma Dabiri and writer Zina Alfa, who started petitions on hair discrimination, are both founding members of The Halo Collective campaign. And Charlotte Mensash’s new book Good Hair has brought increased visibility to afro hair in the UK.

“Through research, education, and positive representation we’re going to change the way Black hair is perceived and understood”

The Halo Code – a pledge taken by institutions that Black individuals can wear all afro hairstyles without restriction – will help to end hair discrimination, and there are three ways that you can support our campaign. By looking on our website, you can sign your workplace or school up to the code, and this will help to protect the rights of Black students and staff around you. We are also aiming to “fix up the law” by asking the government to explicitly name Black hair in the Equality Act, which you can support by signing the petitions of Emma Dabiri and Zina Alfa. Finally, we are going to slay the stigma. Black hair is over-stigmatised and you can help us change the way it is perceived through research, education and positive representation.

Our campaign is split into teams in order to achieve this. From research to coalition and partnerships, we all have different focuses that will help us achieve our goal. I co-organise the research team, and we’re partnering with Race on the Agenda to contribute to the lacking research landscape on hair discrimination in the UK. It’s still early days, but there’s much to come.

Working together is the only way that we can end hair discrimination. We’re calling on every school and workplace in the UK to protect the rights of Black students and staff by adopting The Halo Code. And we’ve already had great success, with Sutton High being the first school to sign up to The Halo Code and Unilever is the first company to implement these changes within their workplace. Through research, education, and positive representation we’re going to change the way Black hair is perceived and understood.

Keep an eye out for many more exciting updates from The Halo Code by following their Instagram and Twitter.

If you’re a student, parent or school governor, you can use their website to email your school and ask them to sign up to the Code.