From hoteps to black Tories, the series offers up unparalleled parodies, pastiches and pearls of wisdom. Watch the premiere of episode three exclusively here. 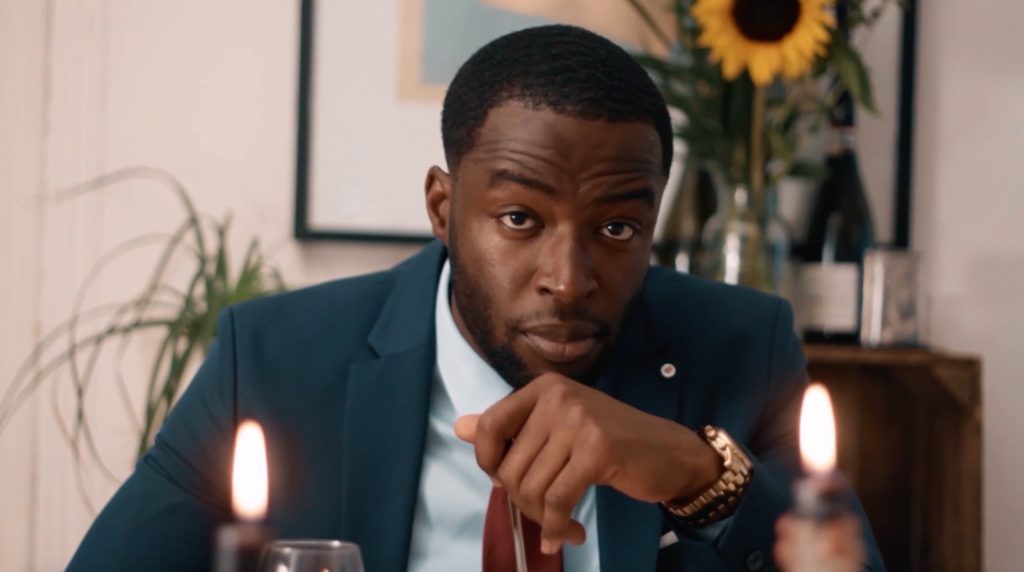 Alegría Adedeji has big plans for her new, rib-ticklingly funny YouTube series there is rice at home.

The 28-year-old writer and director, who is also the co-founder of Hue Agency and Black Femme Film, has been working on the black British comedy project since 2018, but decided to release the first episodes in lockdown, when she had everyone’s undivided attention.

The series is, to put it bluntly, very jokes. Here’s why you should be watching it already:

gal-dem: For anyone who doesn’t get the title (shame on them), can you break it down briefly?

Alegría: So the title comes from a saying that I think every black, or mixed with black person, or person of colour, has heard. You wanna go to McDonald’s and your parents are like, ‘well, no, there’s rice at home. I’m not going to give you something outside when I have the equivalent or  better back home.’ The title is also philosophical in that, in life, you can always remind yourself that there’s rice at home before you do something really chaotic or commit absolute mayhem. It’s also a love letter to us as non-white Brits. Amongst the home we are in, we can make rice at home. We can make great stuff out of nothing.

From what I understand, you’ve been working on there’s rice at home for a long time. Where did it all begin and how did you conceptualise each episode?

It’s a mixture of social media, my random imagination and people watching. A lot of the time I see funny tweets and I bookmark them. I’ll build the scenario that makes the episode. The very first episode came to me in the bathtub – episode two. This was when YouTube couples were really taking off – before the influencer bubble was at the point is now. I was thinking to myself, I wonder what sort of stuff happens off-camera, that they would never discuss but is actually quite funny. So for me, the most insane scenario would be like, what if there was this really popular ‘swirl’ couple [a couple of two different races]. And, like any couple, they want to try new and interesting things, but because they’ve made so much noise around being a ‘swirl couple’, do these dynamics have the same influence in their private life? If they want to try something like BDSM, what does that look like? And of course, I picked the most extreme example I could, because I thought it would be funny.

How would you describe the comedy of the series? FUBU?

The comedy is [laughs] a mixture of things. It’s absurdist, it’s dry. At some points it’s very slapstick. It’s very FUBU, it’s for us by us. If you get the title you’re definitely going to get the jokes. I think anyone can get the jokes and laugh, but if you get the title the show is made with you in mind so there’s a deeper level of humour to what you’re watching.

There are some familiar faces in the episodes who, as far as I’m aware, aren’t all actors. How did you find your talent and what was the process of working with them like?

My very first episode had the lovely Chanté Joseph in there and I wrote it with someone who wasn’t an actress in mind. I wanted the authenticity you’d have on a panel show. Chanté didn’t actually know all the questions that were coming. Some of her reactions are actually very real. She was just like, ‘What?’ I found the actors on social media. I went off instinct in terms of who I thought would really suit the role. When people have seen the scripts they’ve really loved them and really embodied the characters. In episode three, it’s crazy how organic the actors are in their roles. You’d think it’s who they are all the time.

“It’s absurdist, it’s dry. At some points it’s very slapstick. It’s very FUBU, it’s for us by us”

The hotep and the black capitalist in episode two had me sniggering. Why was it important for you to play with those specific stereotypes?

The shiny suit and the hoteppery! I think, without sounding like a broken record, black people are not a monolith and there’s humour in breaking down what stops us from being a monolith. Because, in so much that we are all so different, it doesn’t mean the differences get on all kumbaya; they do butt heads. I wanted to pick the most extreme examples of those differences because we all know them or have a little trace of some of them in us. So it’s nice and humorous to see that be shown and for us to have the power to tell that joke, without it being told at our expense. I didn’t want the cutaways of those boyfriends in episode two to be pastiches. They’re funny but they’re not necessarily the butt of the joke. Everyone is laughing together.

Then, on a personal level, what do you think you’re bringing as a writer/director to the creative scene right now?

Complete and utter chaos. I don’t believe we have a show like this at the moment. It’s funny, it’s relatable and it feels very personal. It’s nice as a black viewer to see yourself in something and it not be tied to something painful, traumatic and intense. It’s nice to have the ability to laugh. As black people, we always see the humour in our existence. Although everyone can laugh at this show, you have that added value of being in on an inside joke. It’s like being part of a secret club!

What can we expect from future episodes?

Episode three is going to feel somewhat timely. I like to raise questions around what is moral and what is right, without ever giving you the answer. With Sam, does she make some points that make sense? Absolutely. Is she always right or on the right side? Not necessarily. Depending on who you are, maybe she is. I will always raise questions about what we think is important and poke fun. The upcoming episode, without giving too much away, touches very much on dating and the responsibility to make wiser choices. And it also touches on the current pandemic, but not in a way that people might expect.

Where would like the series to go if you dream big?

I would love for it to get to a point where it would be on TV. It’s not the only thing I want to make but it’s particularly exciting because I want people to tell me their stories and rework their stories into episodes so it feels super personal. Just have a Dropbox or email address and send me the crazy hilarious stuff that happens to you as a black Brit. My dream is to have a much loved and much-enjoyed series, that people know they can be a part of in some way. And switch up the way writing even happens.

I think we can definitely democratise writing and get amazing first-time writers on there. Episode three is written with Jeremy Ojo, a guy I met on Twitter – we’ve never actually met in person before. We’ve become really close. The script itself won a competition with the BBC. I want it on TV or Netflix or something. Black experiences, as much as I’ve said they’re not monolithic, the humour amongst all of us is 1000% shared.

Follow there is rice at home on Twitter and watch the premiere of episode three, PARTY, below: