‘They treated us like terrorists’ – Flybe racism claims continue 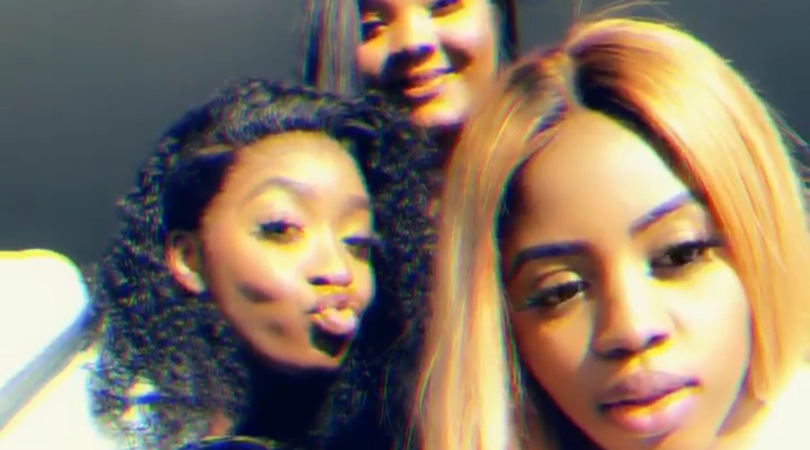 Four young black British women who were stopped from boarding their flight home from Amsterdam by Flybe have spoken out today after the airline released a statement claiming that they were refused boarding because of “disruptive behaviour”. The women claim that they were racially profiled, had their passports briefly confiscated and were threatened with arrest.

Students Chloe Osei-Williams, Zahonie Mills, Abigail Bazola, all 20, and Abigail Male, 19, travelled to Amsterdam for a city break and to attend the Oh My! Festival, which bills itself as the biggest urban music festival in The Netherlands. They were on their way home when their ordeal began.

“They treated us kind of like terrorists,” claims Chloe. “We were four students who had never been in trouble with the police in our country or in any other country. No criminal record, we’re undergraduates, we’re still at uni.”

According to the group of friends, the incident started when they were queuing up at the gate to board the plane and told to move to the back of the queue because they were in row four, rather than rows 14 to 21, which were the first to be called.

“She said that if we leave, eventually we’ll be able to rejoin once she’s boarded the back of the plane, which then did not happen,” alleges Zahonie.

The young women asked why they had to move right to the back of the queue when they had been the first ones in the line and Zahonie claims that the staff member at the desk made a joke and asked: “Do you want to get on your flight or not?”

When it was their turn to board again, the women claim that the staff member started shouting at them, “becoming belligerent towards us and throwing insults towards us”.

“They took our passports [for 15 minutes], and they said that they were going to call police officers to come towards us, which they did,” Zahonie alleges. “Four police officers came and they were fully loaded, they had guns on them, they had pepper spray, they had handcuffs, literally, as loaded as you can think. And you’d think they’d call them for people who are actually causing danger to people.”

Flybe denies that the women’s passports were removed at any time by the airport staff or by the police.

After the flight had departed, the young women then spent the night at the airport. “There were rats running back and forth, it was freezing, the air-conditioning was on and there were no actual sofas,” Zahonie alleges. “[It was] literally me and my friends on chairs sleeping, still with police circulating us constantly.”

Instead of flying, they arrived back in the UK yesterday (1 July) evening via Eurostar, having paid £250 each for tickets.

The schoolfriends, who have known each other for six years and are from East London, are planning on taking legal action against the airline.

Chloe added: “I feel okay but I just want something to be done about it so that it can’t continue.”

The students say that Flybe have yet to make contact with them since the incident.