This week Flybe refuses to let black women fly home, The Receipts get their cheque and Stormzy brings lightning to Glasto 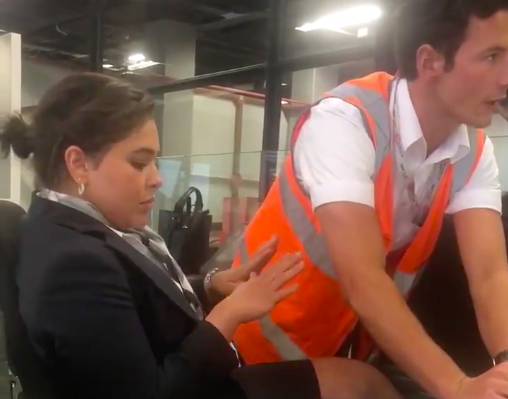 Everyone’s been at Glastonbury, and yes, we’re jealous. As the weather finally bursts into 20s, this is the beginning of the hot girl summer we all deserve.

Sadly, the news machine boils onwards, and while we’re unashamedly celebrating Stormzy, as usual, we should be paying attention to immigration concerns and racism abroad.

A series of videos have emerged on Twitter from beauty influencer Kaiser Coby, allegedly showing her little sister and her friends being stopped from boarding their flight to Birmingham at Amsterdam Schiphol airport by airline Flybe. The young adults, who are in their teens and early 20s, had been visiting the country and were preparing to return home. Kaiser claimed that the women had their passports confiscated on multiple occasions and that they were left stranded in the Netherlands overnight.

Kaiser wrote on Twitter: “So my little sister and her friends were refused boarding from your flight attendants & her supersvisors [sic] because she saw them and felt threatened! THIS IS THEM PLEADING WITH HER THAT THEIR PARENTS ARE WAITING FOR THEM IN THE UK, THE SUPERVISOR CONFISCATE THEIR PASSPORTS!”

In one of the videos, a member of staff who is sitting behind a desk and flanked by a person in a high-vis jacket, can be heard saying: “Now I feel very threatened. I’m absolutely terrified”. The person in the high-vis jacket also states that they will “call the police” if the women don’t leave the area. In a separate video, the same member of staff behind the desk states that they actually weren’t threatened by the women, but that they felt “disgust” towards them.

The incident occurred after the flight had already been delayed by at least two hours. The website Flight View states that the plane arrived in Birmingham at 9.18pm, almost three hours after its scheduled arrival at 6.30pm on 30 June.

According to Kaiser’s tweets, staff members refused to give their names and later told the women that they were denied boarding because of the video that had been uploaded to Twitter, despite the video being uploaded three to four hours after the flight had left the airport. She accused them of being “intimidating” and of confiscating the women’ passports on multiple occasions.

Kaiser was tweeting @flybe for hours on 30 June without a response, until 6.41am on 1 July. The tweet from Flybe stated: “In regards to the manner of the staff at the airport, I am really sorry for this. Although the airport staff are not directly employed by Flybe, they are an extension of our brand and should be providing an [sic] excellent customer service. I can assure you that we will be in contact with the airport to investigate this situation further and then we will be back in touch as soon as possible.”

gal-dem spoke to Kaiser about the incident, who said her sister and her friends have now booked a train to return back to the UK. “[They spent] £250 [on] train tickets each to make sure they get back today,” she said.

In a statement, Flybe said: “At no stage were any passports ‘seized or confiscated’ and at no stage did Flybe nor the Dutch police remain in possession of any such personal documentation.

“Flybe’s third party ground services’ agents did feel threatened by the aggressive behaviour and language used towards them by this group of passengers.

“That the snippets of video footage posted by the passengers served to misinterpret the full conversation relating to the word ‘disgusted’ which was used by one of the Dutch-speaking gate agents when referring to the fact she was ‘disgusted’ by their behaviour and aggressive attitude. There was no intention for this to be communicated or received as a personal insult to any of the passengers involved.”

The Receipts podcast are moving to Spotify

Exciting news from some of our favourite podcasters – The Receipts have got their cheque! From 3 July, the podcast hosted by Milena, Tolly T and Audrey, will be bringing their blunt humour to the largest subscription music streaming service in the world.

“Signing with Spotify really is a watershed moment for us having worked on the podcast for two and a half years completely independently, it feels good to be collaborating with one of the biggest platforms in the world,” they told gal-dem. “We can’t believe we’ll be in the company of legends like The Obamas and Joe Budden, it’s an honour.”

With a demographic of women listeners aged 18-35, The Receipts have become known for their salacious love stories and women-focused narratives, but they say that they secretly have a lot of men listening in too.

In 2018, they landed a six-part series on BBC 1Xtra and were the first to interview Maya Jama after old tweets surfaced of her making offensive colourist statements. In 2019, they were nominated for a British Podcast Award.

“We want to continue to grow and elevate, we’re constantly evolving as individuals and I think this is reflected in how our views have changed on certain topics,” the podcasters said of their progression. “The goal is to progress whilst still maintaining our original core values we started off with; authenticity and being audaciously ourselves.”

Stormzy has cemented himself in black British history

Stormzy has consecrated his place in history by becoming the first black British solo music artist to headline Glastonbury.

Ahead of his stellar gig, the humble MC posted an extremely earnest message on Instagram to his 2.2 million followers, saying that he was “overwhelmed with emotions” and that “his entire life has lead to this moment”.

Stormzy’s powerful, gutsy performance opened with a clip of him in deep conversation with Jay Z, proclaiming that “culture moves the whole world”. He strode onto the stage with credence and conviction, and an awe-inspiring performance followed. From working with Ballet Black on a mindbendingly beautiful dance set for ‘Don’t Cry For Me’ to naming 65 black British musicians who he is inspired by, Stormzy pulled out all the stops.

For me and many others, Glastonbury is no longer synonymous with typical-music festival shenanigans, it carries so much more weight than that. Stormzy’s gusto and passion show that culture doesn’t just move the world, it moves time.

• A black woman in Alabama, Marshae Jones, has been indicted for the death of her unborn baby after she was shot in the stomach. The charge against the shooter was dismissed by the jury.

• The Times reports that hundreds of women are brought from Pakistan to the UK to provide British men with children before being sent “on holiday” to Pakistan by their in-laws and spouses and never being able to return.

• A report from The Sutton Trust and the Social Mobility Commission has found that the majority of those working in the upper echelons of society have attended a private school and then gone on to attend Oxbridge.

• A young jazz musician from Glasgow has been told she has 14 days to leave the country after the Home Office changed its legislation. Bumi Thomas grew up thinking she was British, attended university in the UK and has legally worked and paid taxes since graduation.

• Jameela Jamil has apologised after she posted a video of Kim Kardashian promoting her body makeup line on Twitter and said that she’d “rather just make peace with my million stretch marks and eczema” than cover them.

• The Dalai Lama told the BBC that to have a woman succeed in his position they would have to be “very attractive” otherwise they’re “not much use”.

• Women from ethnic minority backgrounds who are domestic violence victims are “being failed” in Manchester, according to a new report. It highlights that 84.3% of BME women victims of abuse in Manchester accessing specialist services lack the necessary English-language skills to use key services.