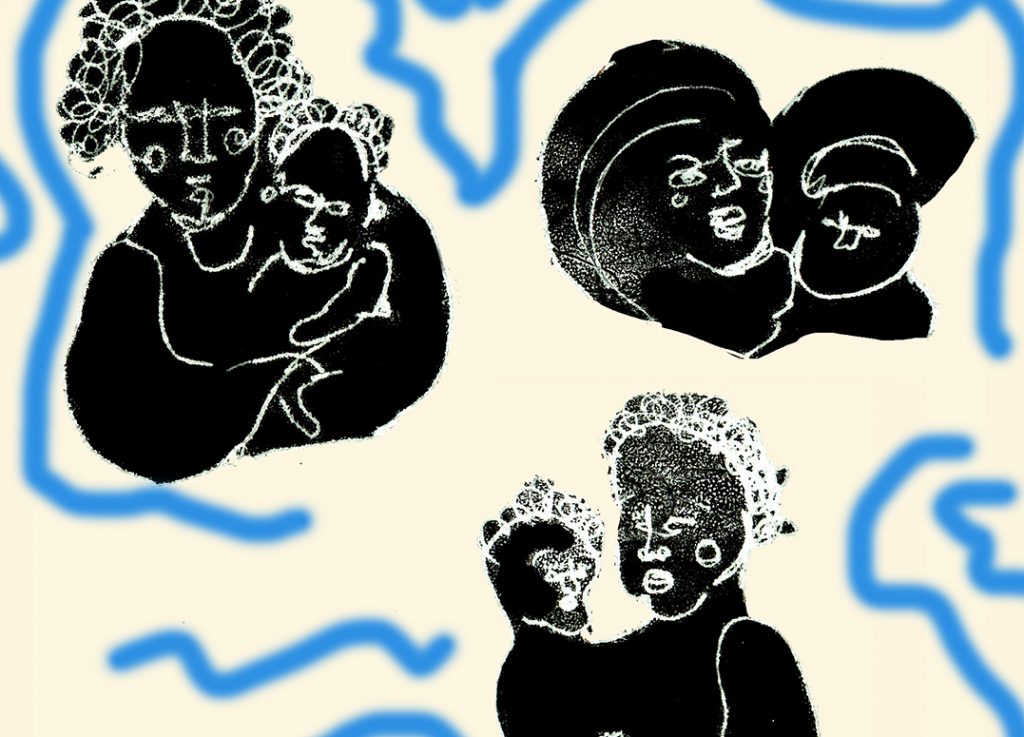 I knew my aunt was sick with numerous long term illnesses, but I wasn’t aware of just how bad it was. I remember going to her house every Thursday to help her clean. My aunt and I are really close and as time went on, she started giving me money for helping her with housework. I thought, “yes, I get to spend time with my favourite aunt and get a bit of change – this is sick!” But after reading the recent Caring Alone Report by Barnardo’s and reflecting back on that time, I now realise that it wasn’t such a “sick” idea after all. In fact, I was helping my aunt clean, because of just how frail and sick she was.

The Caring Alone Report looked into young BAME carers, highlighting additional issues they have to deal with. I wasn’t surprised that it was extremely common for young people within these groups to be expected to look after ill or older relatives. I mean, yes, I got paid from it, but for a long time, I didn’t receive any payment. I didn’t think anything of it; it simply felt like my duty to help. She’s my aunt and I was taking care of her.

“In the UK, there are around seven million carers. That’s one in 10 people”

There are thousands out there who can relate to my experiences. At just 25, Hanna and her sister (26) and brother (19) have been looking after their mum for 20 years.  She has a brain tumour, diabetes and a host of other medical issues.

“In most African cultures it is expected that the youngsters will grow up to look after their parents or elders,” Hanna tells me.“Nigerians’ don’t tend to talk about these things, home life is home life. I have friends who till this day, don’t know that I have caring responsibilities.”

The report found that caring duties were normalised within BAME communities and Hanna says cultural stigmas play a big part: “As a black African young carer I was battling cultural norms. Certain responsibilities are deemed a normal part of raising a child, like washing dishes, cooking and cleaning. The only difference was we had to start earlier.”

Hanna makes a conscious effort to live at home and have flexible work nearby, in case of emergencies. But when she was younger, she was responsible for taking her brother to school and together with her sister they would pay bills, do the household shopping and organise repairs. They would also bathe their mum and attend to her medically. Hanna learned how to do hair really young, as she had to also do her sister’s and mum’s. This was everything from washing to braiding and styling too.

“Nigerians’ don’t tend to talk about these things, home life is home life. I have friends who till this day, don’t know that I have caring responsibilities”

It was hard for Hanna and her siblings, particularly when they were in secondary school and all their relatives lived back home. Hanna even had to take prescribed Ibuprofen, as she suffered from severe migraines from the stress.  She tells me how her brother and sister used to lash out at school and that her sister got bullied for attending the Hackney Young Carers (HYC) club. Her sister  was teased for not having a mum who could cope. HYC helped Hanna to feel normal – there were times when the only Christmas or birthday present she received was from them. Luckily for Hanna, she benefited from HYC. Some, however, aren’t aware they are even carers, therefore can’t seek significant support.

It wasn’t until a recent storyline in Eastenders, with Bailey, a young black girl caring for her mother, where I learned about what it meant to be a young carer. A lot of viewers took to Twitter in delight that this was being represented on screen.

It’s vital that young carers are reflected on screens and more awareness is raised so we can better identify and support them.

Take Lucia. At just 17 she created a hair business, Lucia Loves, inspired by her experience of being a young carer.  She had learned how to look after her and her brother’s afro hair from a young age. “When I explained the situation to my teachers, they told me it made me a young carer. I didn’t even know what it was,” she says.

Lucia’s mum suffered a horrific car accident when Lucia was only 11; complications meant she never fully recovered. Shortly after the ordeal, her mum suffered from panic attacks and has since developed anxiety. This is Lucia’s biggest challenge, as her mum’s anxiety means her social life is restricted.

The report found that a lot of young carers are needed to provide emotional support too. My aunt heavily relies on emotional support. As her condition has deteriorated she has started to feel isolated. Lucia mainly provides emotional support, as her younger brother, who is 10, does a lot of the day to day house chores.

“Until this year I didn’t feel like I was doing anything, as there are people who help more physically,” she says. “I shouldn’t have invalidated myself. My experience is just different.”

Lucia is currently making a book to show the different types of young carers, in order to raise awareness so people can identify if they are one themselves.

A similarity between Hanna and Lucia is the desire for teachers to have more of an understanding of how to support young carers and what it means to be one. A report published by Barnardo’s in December 2017 found that 40% of teachers were not confident they would be able to identify a young carer in their class.

When asked about her experience in school, Lucia explains that she would be put in seclusion or on report because of lateness and not handing in her homework on time. The school, despite knowing she was a young carer and looked after her brother, didn’t consider her mitigating circumstance. Lucia moved schools after they threatened expulsion.

Barnado’s recommends mandatory training for all teachers to spot the signs of young carers. The report also asks for greater support to ensure that BAME communities not only understand the term young carer and the effects on the carer but equally that they know what support is out there and how to access it.

“BAME families are more likely to be affected by mental health, with up to 40% of young carers reporting mental health problem”

The research highlights that BAME families are more likely to be affected by mental health, with up to 40% of young carers reporting mental health problems as a result of their experience caring. Something Hanna knows all too well.

The first time Hanna spoke to her mum about her experience was after a recent BBC Radio 1Xtra discussion. “It felt liberating to be able to talk about my emotions that had been locked up all these years,” she says. Hanna encourages young carers to find a support system, so they can talk to someone and to seek help from the GP for extra support. She also worries about when she will be able to get a level of independence now her brother is at university and her sister has moved out. “When you’re at home it’s in your face. You can’t just block it out for the day.”

In other BAME communities such as South Asian, the type of challenges shown in the report is that young carers are relied upon as interpreters. The problem is that this could lead to misdiagnosis or “exacerbate anxiety” within families, who don’t want to be as transparent about their medical conditions in front of their children.

For many young carers including Lucia and Hanna despite the challenges, they’re extremely proud of their role. In fact, 63% of young carers surveyed in 2017, said they are really protective of their role, but it’s the impact on their ‘schooling, mental and/or physical health and future life chances that it becomes a concern.’ I hope to see more resources and funding put in place to better support and identify young carers, in order to give them a greater sense of independence and to alleviate some of the pressure.