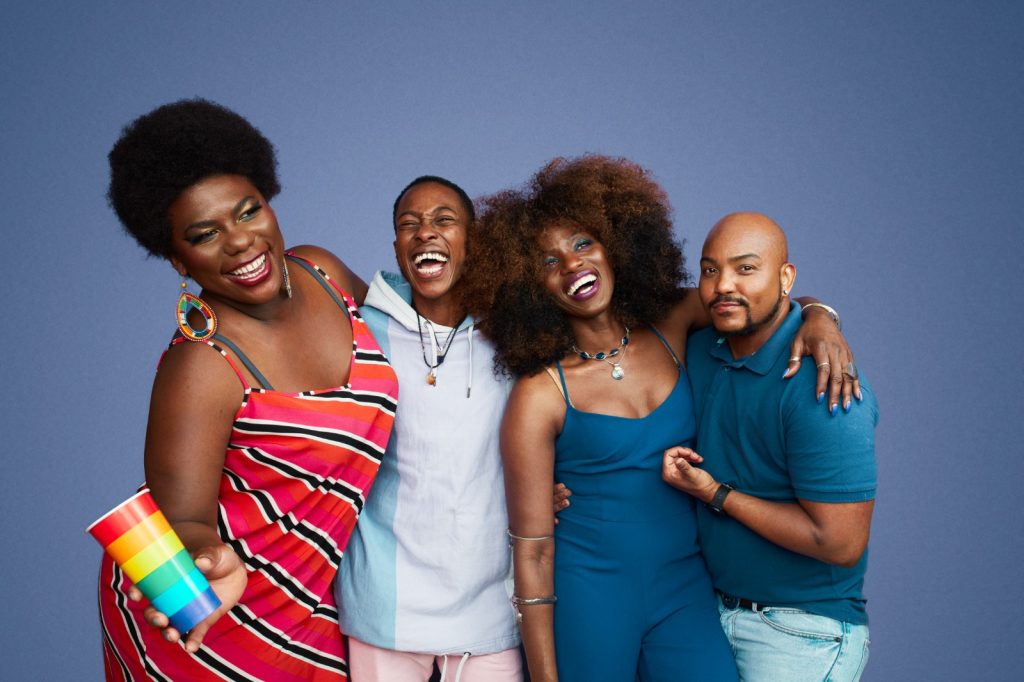 While banks and clothing stores are slowly peeling down their rainbows, LGBTQI+ people still exist. Violence against trans people of colour (PoC) in the UK is sadly on the rise. In 2017/18, the police reported 1,651 hate crime offences against trans people in England and Wales, and those were only the reported cases. Since the Brexit vote, racism has risen in the UK too.

It seems obvious, but safe spaces are needed now more than ever and Kamari Romeo is on a mission to create one. Kamp Kiki is a new retreat launching this November catering specifically to trans women, trans men, and non-binary people of colour.

The weekend-long getaway will be stuffed full of workshops centring the mind, body and soul and led by women and/or trans people of colour. For Kamari, an actor and business owner, setting up the UK based retreat was a no brainer, but it hasn’t been an easy ride. I caught up with him over Skype to find out more about Kamp Kiki’s birth, why he thinks PoC trans communities need a retreat and how to support it.

The idea for Kamp Kiki originally started out as a Christmas dinner, Kamari tells me. “I spent a few Christmases alone, so I wanted a space for people to actually be [together] there.” But the logistics of getting trans people from across the country in one place proved too challenging. And so the idea of a retreat was born. Kamp Kiki will be held from Friday to Sunday – guests can expect talks on coming to terms with your faith, African spirituality, spoken word, workouts and meditation. Additionally, there will be an on-site therapist offering individual sessions.  Kamari explains the places are decided on the basis of priority, with each costing £150 for the whole weekend, which includes the cost of accommodation, food and workshops. Plus, Kamp Kiki will offer two fully-funded spaces for people who are in need.

Kamari is adamant that the space that will be as inclusive as possible, something that’s not always seen in the wider visibility of trans people, especially in the media. “Trans projects, from what I’ve seen and the conversations I’ve had within the community – they are very colourist,” he says. “[It’s usually] fairer skin or white trans people that get the media coverage and traction, and the people who don’t look like that feel that.” With the help of an onsite therapist, he is going to try and make sure there is no classism or colourism in the space. “It’s about breaking all the negative cycles within the community one step at a time. It’s about us coming together.”

“It’s about breaking all the negative cycles within the community one step at a time. It’s about us coming together”

This idea of community is also why Kamari has made Kamp Kiki available for all identities under the trans umbrella including trans men, trans women and non-binary people – an accumulation of identities you don’t often see photographed or in the media together. “When I started looking for photos of trans people of colour, they were all attached to murders,” he says. “That’s why I set up a photo shoot with a good friend of mine.” In the shoot, people of colour in the trans community are seen laughing and smiling, wearing colourful clothes set against bright backgrounds.

For the safety of guests, the exact location isn’t being publicised but it will be outside of London – mainly because Kamari understands there’s already a number of events in London which welcome trans PoC. Sadly, the safeguarding in part is because of some backlash he’s received on social media whilst researching for the retreat. Kamari tells me it’s primarily from white people, and even those within the LGBTQI+ community, unable to grasp why trans people of colour need spaces like Kamp Kiki –  something Kamari finds “mind-blowing”.

And for Kamari, it’s crucial that Kamp Kiki is a For Us, By Us project. “I can’t expect someone who doesn’t have my experience to create something for people like me,” he says, reiterating how critical it is to have trans people, people of colour, and people with disabilities in the position of gatekeeper.

Kamari isn’t stopping here, he has big plans for the getaway. “The future for Kamp Kiki is it actually being a sustainable project, hopefully reaching global recognition. That seems really large, but that is my dream.” He wants people to recognise that “there’s a need for it and we’re here and we’re here to stay, we’re not ashamed anymore we can be visible we have safe spaces to do that”.

For allies and friends not sure on how to help our trans siblings, it’s safe spaces like Kamp Kiki that need donations to keep running, no matter how big or small.

You can donate and find out more about Kamp Kiki here. Applications for attendance open 7 August.