In the Race Review we consider the threat that white supremacy poses to UK society, and chat to activists in Pakistan taking part in Aurat March 2020. 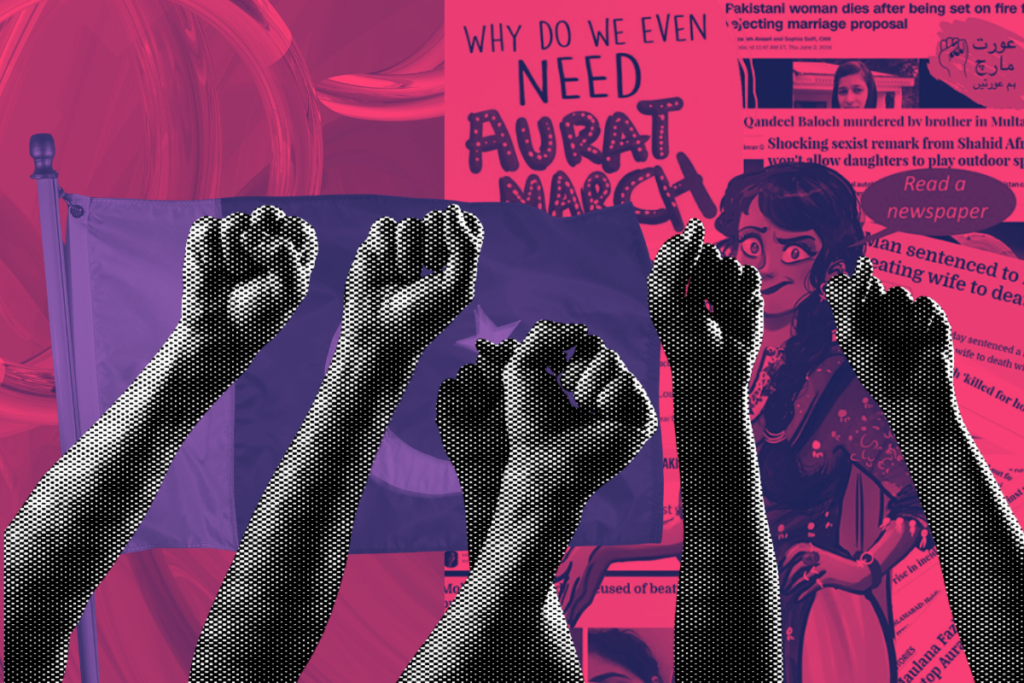 In this edition of Race Review, we’re discussing the danger that white supremacy presents to marginalised communities in the UK, and considering the significance of social activist collectives in Pakistan.

Last week, we saw the biggest day-to-day increase in the number of coronavirus cases in the UK, with the figure jumping from 51 to 87 in a matter of hours. Whilst the exponential growth in the number of patients being diagnosed with COVID-19 is unsettling, incidents of hate crime against South East Asian people in relation to the virus are far more worrying.

On Monday 3 March, it emerged that 23-year-old Jonathan Mok, a UCL student from Singapore, was brutally attacked by a group of people on Oxford Street.

The threat that white supremacy poses against marginalised members of society was quantified after official figures showed that there were 117 white suspects in 2019 in relation to terrorism. Released by the Home Office, the stats show that 111 Asian people and 21 black people were arrested on suspicion of terror offences.

As of now, the data illustrates how one of the biggest terrorist threats to UK society is far-right extremism perpetrated by white people. The data, coupled with the hate crime against Jonathan, demonstrates how by underplaying the menace that white supremacy poses to marginalised folk, the government is putting our lives at risk.

Situations like these show us that it’s important we do everything in our power to try and quell white supremacy – although that’s difficult to do when your government is upholding that very ideology.

REPORT: Aurat March is fighting the patriarchy one protest at a time

On Sunday 8 March as part of International Women’s Day, a series of marches took place across cities in Pakistan – including Lahore, Islamabad, Karachi, Quetta, Multan and Sukkur. The protests were organised by Aurat March, a collective based in Pakistan that aims to promote economic, reproductive and environmental justice for marginalised people.

Founded in 2018, Aurat March is run by women and non-binary volunteers. For two years running, it has rallied people from around the world to help legalise its Charter of Demands.

Through activism, the collective aims to reduce social inequalities across society and taper the access gap for minorities. Its manifesto outlines demands such as ending sexual harassment and violence, implementing a just economic system free of exploitation and discrimination and ensuring reproductive rights; all through policy.

Aurat March has faced public backlash from powerful men in the public eye, including Pakistani writer and director Khalil-ur-Rehman. While debating against the march, he hurled abusive language against activist Marvi Sirmed, saying that her message of “my body, my choice” was “obscene” and “vile”.

Tehreem Hassan is a 25-year-old designer and illustrator who is involved in producing and coordinating artwork for this year’s Aurat March in Islamabad. She is one of the many volunteers pushing against such misogynistic vitriol.

Tehreem first participated in the march in 2019. A few months later, she began attending Aurat March study circles and started her post as an organiser. Speaking about the role of art in service of activism, Tehreem said, “We can’t separate feminism, art and politics, they’re all tied together.

“Under capitalism, art is sold and reserved for galleries. At Aurat March, we believe that art belongs to the masses. That concept really resonates with my design practices.”

Some of the women who provide artwork for Aurat March are survivors, including 28-year-old Komal Ashfaq from Karachi. After her mother read Archie Comics to her as a child, she began experimenting with illustration.

“I’ve lived in a society that represses women, that just the simple act of drawing a woman free, loose and unencumbered seems revolutionary, even though it shouldn’t be,” she told gal-dem.

Speaking about her relationship with Pakistan, she said, “There’s already a negative narrative out there, that Pakistan is a ‘Third World’ country. When you love something, you don’t want to add to that. But critiquing a culture that is toxic and that is distorting freedom is important.”

• PoC millennials are at a greater risk of having unstable working lives than their white colleagues, according to a new study called the Race Inequality Workforce report. They are also 47% more likely to be on zero-hours contracts and have a 10% higher chance of having a second job.

• The Priti Patel bullying saga continues, with her former aide receiving a £25,000 payout from the government. Legal correspondence shows that the aide allegedly took an overdose of prescription medicine following the alleged incident in 2015.

• After Caroline Flack died by suicide last month following disgraceful treatment from the British media, a petition was delivered to the government calling for press outlets to be held accountable for the way they “harass and vilify people”.

• When US retailer Target released an ad celebrating a black woman-owned company called Honey Pot Company, viewers claimed it was “racist” against white people. Thankfully, founder Beatrice Dixon says that the company’s sales have since doubled.

• In the latest update on Grenfell, the architect of the tower Bruno Sounes admitted that he did not check fire safety guidance for tall buildings. Bruno said he “didn’t recall hearing” of the specific guidance that materials had to be of “limited combustibility” when used above 18m.

• After being embroiled in a dispute with her record label 1501 Certified Entertainment, Megan Thee Stallion’s EP Suga was effectively put under embargo. However, last Friday the artist was given the go-ahead by a Texas judge to release her nine-track EP.

• Speakers who were due to be attending a one-day event organised by the Oxford International Women’s Festival withdrew from the conference to show solidarity with the trans community. They pulled out after learning that “transphobic” academic Selina Todd was also a scheduled speaker.

• Trans allies from across the industry have signed an open letter to the Guardian protesting against “abuse and inequality” framed in columnist Suzanne Moore’s article in defence of Selina Todd.

• A Vietnamese curator named An Nguyen was subject to racist treatment after their invitation to this week’s Affordable Art Fair in London was cancelled. Art dealer Raquelle Azran sent an email to An saying their presence would cause “anxiety” because “fairly or not, Asians are being seen as carriers” of the coronavirus.

• As part of International Women’s Day, insurance company Scottish Widows released figures showing that women could face a £78,000 shortfall in retirement compared to men, using the hashtag #GenderPensionGap to shine a light on the problem.

• The Tammy Jackson Act, named after an incarcerated woman who was allegedly forced to give birth in an isolated jail cell, is due to pass in Florida. Also called the Dignity for Incarcerated Pregnant Women Act, the bill would aim to provide accessible healthcare to incarcerated pregnant women.

• A woman asylum seeker who had been kidnapped, sexually assaulted in front of her daughter and attacked with acid was sent back to the same city to wait until her US Immigration Court case was completed under Trump’s policy – a process that could take months.

• Judges at the International Criminal Court reached a unanimous decision to an earlier decision rejecting an inquiry into alleged war crimes in Afghanistan. The ICC prosecutor, Fatou Bensouda, said, “Today is an important day for the cause of international criminal justice.”

Performed last summer at the Royal Court Theatre, seven methods of killing kylie jenner has now been nominated for an Olivier Award. Written by Jasmine Lee-Jones, directed by Milli Bhatia and starring Tia Bannon alongside Danielle Vitalis, the play centres on themes including black identity and womanhood within the digital age.