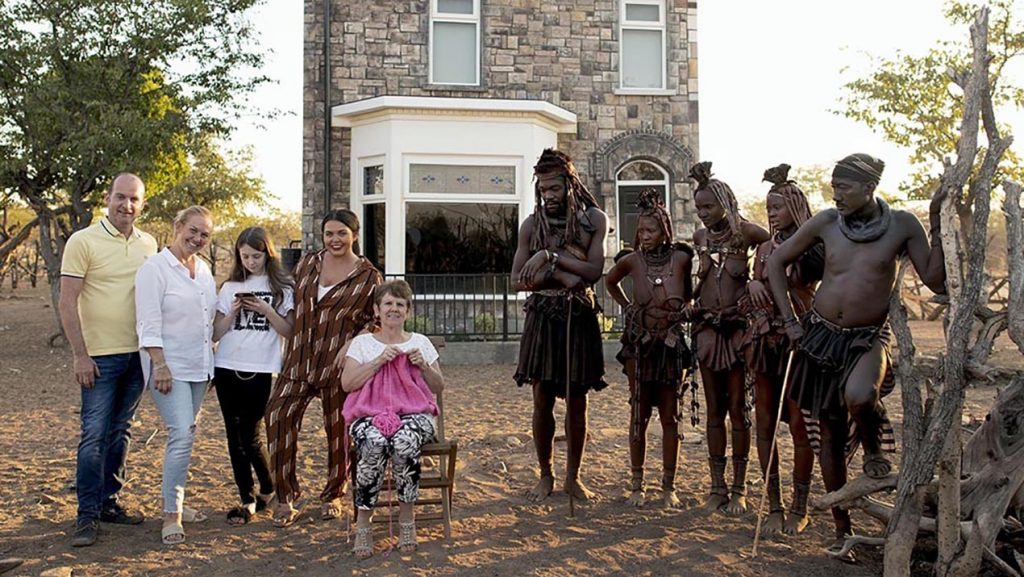 It’s carnival this weekend and everything about London is being celebrated, with the exception of Taylor Swift’s new track ‘London Boy’. The track, off the pop queen’s newly released album Lover, presents an unbearably twee vision of a romance with a Londoner (presumably actor Joe Alwyn, whom she is currently dating) that many have rejected as unrealistic.

In addition to all but outing her boyfriend as a Tory, Taylor has baffled listeners by detailing a geographically nonsensical route through the city. Going from Shoreditch all the way to Highgate, and then back east to Hackney is a madman’s errand, universally acknowledged.

Perhaps Taylor took an equally convoluted route West this Bank Holiday Weekend? Over one million made the pilgrimage to Notting Hill to bask in the energy, colour, and chaos of carnival. With the sun out and the vibes flowing, you wouldn’t want to miss out.

Here’s what else went on this week.

The British Tribe Next Door will have ITV2-star Scarlett Moffatt and her family travel to the Namibian plains to live alongside the nomadic Himba tribe for four weeks. Bizarrely, the network has constructed an exact replica of the Moffatts’ County Durham home for the family to live in. The experience will allow them to use the “comforts” they have become accustomed to, such as hair straighteners, televisions, and iPhones, and introduce the Himba tribe to the “sedentary, high-tech, consumerist” lifestyle of the West.

Varaa Hambira, a Himba model and Miss Namibia finalist expressed her distaste for the show’s premise. “This reeks of othering the OvaHimba people, and it makes me very uncomfortable,” she told gal-dem.

Channel 4 are promoting the blatant racism of the concept under the guise of a “reverse anthropological exchange”, when the gambit is obvious: viewers are invited to laugh at the outsiders and mock the lifestyles of those that do not resemble their own. Yes, it’s racist, but above all, incredibly boring.

For iNews, Sarah Carson explains that we’ve seen this all before. “How many programmes have we seen that seek insight into the life of remote tribes and in fact play to insensitive and sometimes racist stereotypes? (See: Extreme Tribe: The Last Pygmies). How many shows purport to cross cultural divides and in fact reveal snobbery and hostility on both sides? (See: Rich Kids Go Skint). And how often have the lives of the working class been portrayed in a way that proves the filmmakers to be patronising and manipulative? (See: Benefits Street).”

Put a bit more effort in next time, guys.

Carol Morgan told the BBC this week that her missing child’s case was not afforded the media attention missing persons’ cases are usually given due to racist discrimination. “Because my daughter was black, and because I was black I was not newsworthy,” she told BBC Radio 5.

Carol’s daughter, Joy, was reported missing in February earlier this year but, as gal-dem discovered, received a fraction of the press coverage that similar cases with white victims did. In August, Shohfah-El Israel was found guilty of murdering the 20-year-old, but Joy’s body has still not been found. Last week, her younger brother said on Facebook that he was organising a search party for her.

Earlier this year, gal-dem compared the reporting Joy’s case received with that of 21-year-old Libby Squires: “While at the time the BBC News website had run just two local news stories on Joy’s disappearance, they had a section on their main website for Libby and at least ten stories. At the time of writing, the website appears to have published just five stories in total on Joy, compared to over 20 on Libby. Even the Guardian seems to have published just two pieces on Joy online, compared to at least ten on Libby.”

It’s undeniable that news stories about white people are perceived as more palatable to mainstream media audiences, a perception that can be dangerous for non-white populations, whose narratives deserve an equally unbiased coverage. Carol Morgan is right to decry this unfair system. “I paid my taxes, I paid my TV licence,” she stated. “Why is it you reporters fail to pick up the news of black people when it comes to them being missing?”

• The sequel to Marvel’s triple Oscar-winner Black Panther has finally been given a release date. Black Panther II will hit theatres on the 6th May, 2022. Wakanda forever!

• Until 31 August, BBZ BLK BK: Alternative Graduate Show will be showcasing the work of both emerging and established queer artists of black ancestry for the second year running, this year in partnership with Dazed & Confused. You can get a flavour of the works here before you go check it out.

• Investigative journalist Ben van der Merwe exposed links from the far-right group Generation Identity to the terrorist group National Action, as well as the Navy and Trident through an undercover investigation with Hope Not Hate.

• As if things could get worse than the leg-washing debacle a few months ago, New York Magazine posted a revealing tweet about their readership’s lotioning habits this week.

• Mother Jones published a mind-bending interview with one of Jeffrey Epstein’s close friends, Stuart Pivar. For someone who speaks like they’re trying to stick to a script, he seems very worried that he’s spoken out of turn.

• Tensions continue to escalate in Hong Kong this week, as police officers have begun using water cannons against citizens protesting the controversial extradition bill, in addition to tear gas and rubber bullets.

Writer Brooklyn White gave us some serious life inspiration this week with a message of pure determination and grind. The 24-year-old hasn’t finished school yet but she’s worked with more than 30 publications and wrote Missy Elliot’s official biography for her new surprise album!

This article is a part of gal-dem’s Race Review column, a weekly news roundup centring the issues faced by people of colour