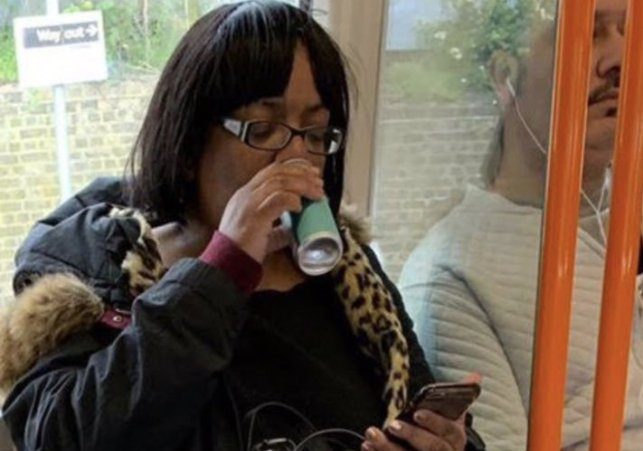 The world woke up on Easter morning to a heartbreaking and barbaric tragedy in Sri Lanka. The country has been at peace for over a decade, but on April 21, nearly 300 people were killed and at least 500 more injured in a series of explosions targeting churches and hotels and the death toll is expected to rise. Authorities have launched a security operation and the perpetrators are yet to be reported on. Our thoughts are with the victims of the appalling attacks and their families.

Here’s a round-up of the past week’s news.

Oh yes, it’s the sad apology for the train mojito that Diane Abbott had to churn out. You’ve probably heard about it, maybe you’ve even joined the 31,000 people attending the Facebook event “Sipping a cheeky mojito on the overground”.

The hateful tirade against the UK’s first black woman MP continues as a “damning” photo of her unwinding with a can of cocktail on a train was published online. Just when she thought she could catch a break with a train tinny, a former Met Police officer with nothing better to do snapped a photo and attempted to shame her for breaking the law on a Transport for London train.

Unsurprisingly, the snake who presented tinny-gate as a criminal incident, is retired Met Detective Chief Inspector and UKIP supporter Mick Neville, who allegedly faced disciplinary action for homophobic comments and rants about “left-wing idiots” and migrants who have “turned London into a foreign city”. Luckily most people are more concerned by him than Diane and have reacted by buying all of the mojitos. I hope M&S cut Abbott a cheque.

Last Monday, France suffered a huge cultural and historical loss when a large portion of the Notre Dame cathedral burned down. While no one is denying the tragedy of a lost relic, the reality is that no one was hurt, and even the bees that were kept there escaped the blaze. Within the same week, a family who escaped the Grenfell Tower fire in June 2017 have been told they will be moved onto a general council house waiting list.

The fire of Notre Dame compared with Grenfell perfectly symbolises the difficulty our society has with valuing the lives of marginalised people. In monetary terms, the loss of 72 working class and BAME lives and hundreds of their homes has come below the rebuilding of a Christian monument. Within days of the cathedral burning, billionaires were throwing money towards the rebuilding of the church, while the largest donation for Grenfell was raised by the British Red Cross.

The reality of the situation is that the cathedral will receive more historical recognition and appreciation than ever before. Meanwhile, those left homeless after Grenfell will continue to pay the price for Britain’s inequality.

• The world celebrated 4/20 in the usual fashion, but this year everyone’s favourite ice cream duo, Ben and Jerry’s, used the holiday to shed light on the racial disparity in marijuana convictions. Their social media was flooded with their campaign for “cannabis justice”, and in a post on their website, they highlight how white people in the US are far less likely to be stopped by police if they smoke weed in public while many black Americans remain locked up for non-violent drug convictions.

• Naomi Campbell talked about being rejected from a recent campaign in an Asian country because of her skin colour. The supermodel spoke from Lagos where she was attending the Arise Fashion Week, championing African designers.

Naomi Campbell recently spoke to Mayeni Jones at the launch of #AriseFashionWeek.

Naomi Campbell discussed being rejected by fashion company in Asia because of her skin colour.

She also explains why she does not allow racism to stop her nor define her!pic.twitter.com/Njcs7H99pc

• Former Fox News host Eboni Williams said the network’s reputation for racism is “for very good reason” and that it was founded for the sole purpose of “demonising ‘the other’”.

• Black people are 13 times more likely to be stopped and searched in the West Midlands, new figures reveal.

• An internet troll who sent death threats and racist messages to MPs like David Lammy and Nicky Morgan has been sentenced to nearly 10 months in jail.

• Students forced the prestigious Sorbonne university in Paris to cancel a performance of a Greek tragedy featuring actors wearing black masks claiming it was “Afrophobic, colonialist and racist”.

• The largely white and male field of artificial intelligence (AI) is on the brink of a “diversity disaster” as the technology is at risk of perpetuating historical racial biases and power imbalances.

• Kenya’s first lesbian pastor, Jacinta Nzilani, said LGBTQ+ people are “children of God” who “didn’t give us freedom which is limited” in an interview with Tuko TV.

• Footballers who took part in the 24-hour social media boycott to fight racist abuse, the #Enough campaign, received online racial abuse in response to their posts, with an “unacceptable” lack of reaction from social media companies.

• Lyra McKee, the 29-year-old journalist and LGBTQ+ rights activists who was killed in a terrorist incident in Northern Ireland this week, is being remembered for her powerful journalism and contributions to the LGBTQ+ community. You can contribute to the GoFundMe for her funeral expenses here.

• The ban on LGBTQ+ pride events in Turkey’s capital Ankara has been lifted, thanks to human rights group Kaos GL.

• The University of Bristol’s ethnic minority officer, Omar Chowdhury, has been accused of anti-Semitism after allegedly telling a Jewish student to “be like Israel and cease to exist.”

• In his new series, Ramy, Egyptian-American comic Ramy Youssef changes the narrative around the Muslim experience.

Netflix is set to air it’s very 1st animated series that features #SuperGirls from Africa called ‘Mama K’s Team 4’ which was Created by Zambian writer #MalegnaMulendema Are you here for it? ✨✨ #BGIM approves pic.twitter.com/1OkVnafPvi