This week we learned the Conservative party are coked up, and M.I.A got an MBE 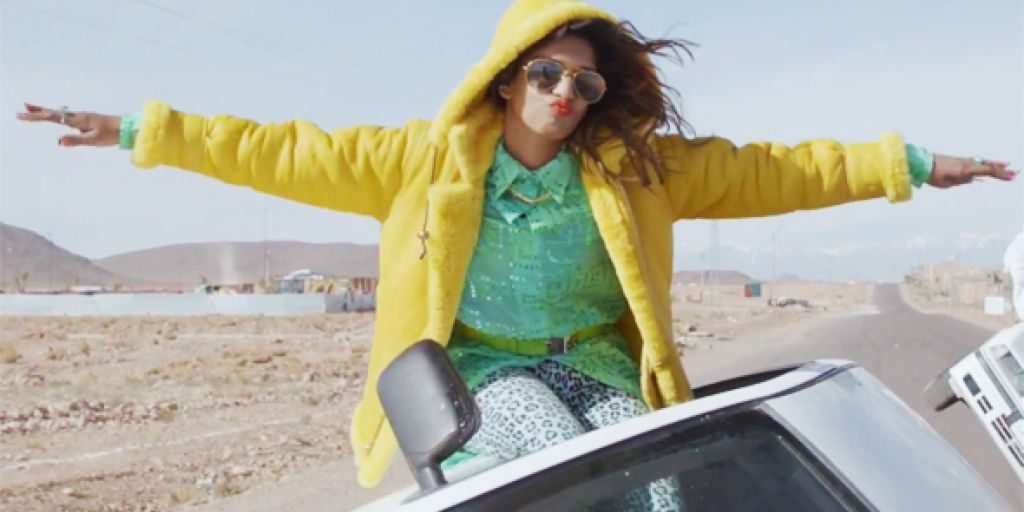 Happy Pride month! It’s depressing when a month dedicated to LGBTQIA rights is ushered in by a story of two lesbian women being attacked on a bus. Or, by social media users preparing themselves for a wave of hyper-consumerist pinkwashing. Case in point: Victoria Secret have tweeted about Pride, and host a pride collection on their offshoot brand PINK webstore, despite the fact the Chief Marketing Officer refused to put transgender models in the show because “the show is a fantasy”.

Solidarity to the community worldwide who exist outside of the confines of this calendar month, and deserve more support than a fast fashion slogan tee every month of the year. As always these aren’t the only contradictions from the last week so strap in.

Cocaine, cannabis, opium, and party girls – the new face of the Conservative party it seems. I’m not sure if they’re trying to appeal to a younger audience or something, but three candidates for Prime Minister have revealed their drug use to the press. Environment Secretary Michael Gove confirmed he had taken cocaine, Foreign Secretary Jeremy Hunt revealed the “cannabis lassi” he drank during his ‘gap yah’-esque travels in India, while International Development Secretary Rory Stewart admitted to smoking Opium at a wedding in Iran.

Remember the outrage when Diane Abbott had a mojito can on the train? Yep, that little 8% can of alcohol on the tube seems to have enraged the public more than their potential future PMs doing Class As. Footballer Raheem Sterling was treated like an addict after he had a few balloons, or ‘Hippy Crack’ as the right-wing media call it.

In the UK, people of colour and working class people are fiercely punished and scapegoated when it comes to drug offences. Black people are more likely to receive a harsher police response for possession of drugs. Recently, The Guardian found that arrests for drugs as a result of stop and search fell by 52% for white people between 2010 and 2017. Yet it didn’t for black people. There’s also the fact that white people more likely to be carrying drugs when stopped and searched, but black people just happen to be nine times more likely to be frisked in the street.

When these Eton-educated politicians get away with taking the very drugs that their policies incarcerate ethnic minorities or working class people for selling, it highlights their privilege. What will come of the people Gove bought the coke from if they got caught?

Among the drugs spectacle, the BBC platformed a young, middle-class, white, Brexit-party-voting woman called Emily Hewertson under the mundane headline of “party girls can do politics”. The montage of the video includes her talking about how she enjoys politics while intertwined with her bikini pics and a fashion show wearing bodycon dresses. Most young people I know love politics and a night out, so the editorial choice to single her out over far less-represented groups is baffling, but not surprising. What is surprising is how the journalists neglected to do their due diligence in critiquing her.

Should calling Prevent racist be a sackable offence?

David Muritu, an a-level maths teacher at Sandwell college in the West Midlands, was sacked for writing the word ‘racist’ on a poster about the counter-extremism programme Prevent in March. Nearly 7,000 people have signed a petition to get him reinstated after the decision which he described as “completely disproportionate”.

According to the website, the main aim of Prevent is to “stop people from becoming terrorists or supporting terrorism.” Prevent was created by the Labour government in 2003 and its remit was widened by the coalition government in 2011. However, Muslim parents and students have described the policy as “alienating”.

Mr Muritu told gal-dem why he believes it is racist. “I think it targets Muslims, it places us as educators in a difficult position, it destroys trust between teacher and student, and I think it breeds suspicion towards Muslim students from other students as well,” he said over the phone.

While working, Mr Muritu has heard numerous outrageous cases of Prevent investigations being launched, including a case of a Muslim students at Staffordshire University who was doing a module on terrorism who took out a book from the library on international terrorism and was reported under Prevent. After being interviewed multiple times, he ended up giving up his course. The teacher also spoke about an Asian child who was discussing eco-terrorism and was investigated, as well as a nine-year-old who made some “racially charged” jokes with his friends in the playground and was investigated, causing his family great distress.

When asked how Prevent is carried out in schools, Mr Muritu explained: “We’re meant to embed this thing called ‘British values’ into our teaching which I think is quite crass and quite racist. These fundamental human values that are quite universal, are suddenly claimed as British values.”

The mixed race teacher said he would scrap Prevent. And, as the policy subjects students to racial profiling in what should be a safe and education environment, we’d have to agree.

• Bad girls do it well, according to the Queen. M.I.A has accepted an MBE, she preempted any controversy by saying it was an “honour” as her mother was one of two women who had hand stitched the medals for the last 30 years.

• However, Oxford University has admitted a record number of ethnic minority students, bringing the number up to 18% of places offered, while the number of state school pupils also increased to 61%.

• Sharon White has been appointed as the new chairman of John Lewis, putting her on an annual salary of nearly 1m, and making her the first black woman to chair a large British retail business.

• Hundreds of thousands marched in Hong Kong to protest a new law they fear might be used by Beijing to extradite activists, dissidents and political opponents.

• The Muslim Council of Britain has written to Theresa May asking her why Sajid Javid was not invited to the state banquet with Donald Trump, and if it was to do with his Muslim heritage.

• All 10 Muslim ministers in Sri Lanka’s government resigned on June 3 in protest of the “hate culture” that has developed following the Easter Sunday attacks last month.

• Britain’s first Sikh MP to wear a turban, Tanmanjeet Singh Dhesi, raised the issue of people from other faiths being targeted with Islamophobic abuse. He called for a change of the definition to include “perceived Muslimness” to protect other groups.

• Beauty chain Sephora plans to close all its US stores for one day to conduct diversity training for employees after singer SZA said she was racially profiled in the Calabasas shop.

• West Studi has become the first Native American actor to be honoured with an Oscar award. This comes nearly 50 years after Marlon Brando famously declined his Oscar for The Godfather over Hollywood’s treatment of Native Americans.

As if the excitement for the Women’s football World Cup wasn’t enough, South Africa’s team make an entrance like this. We stan.