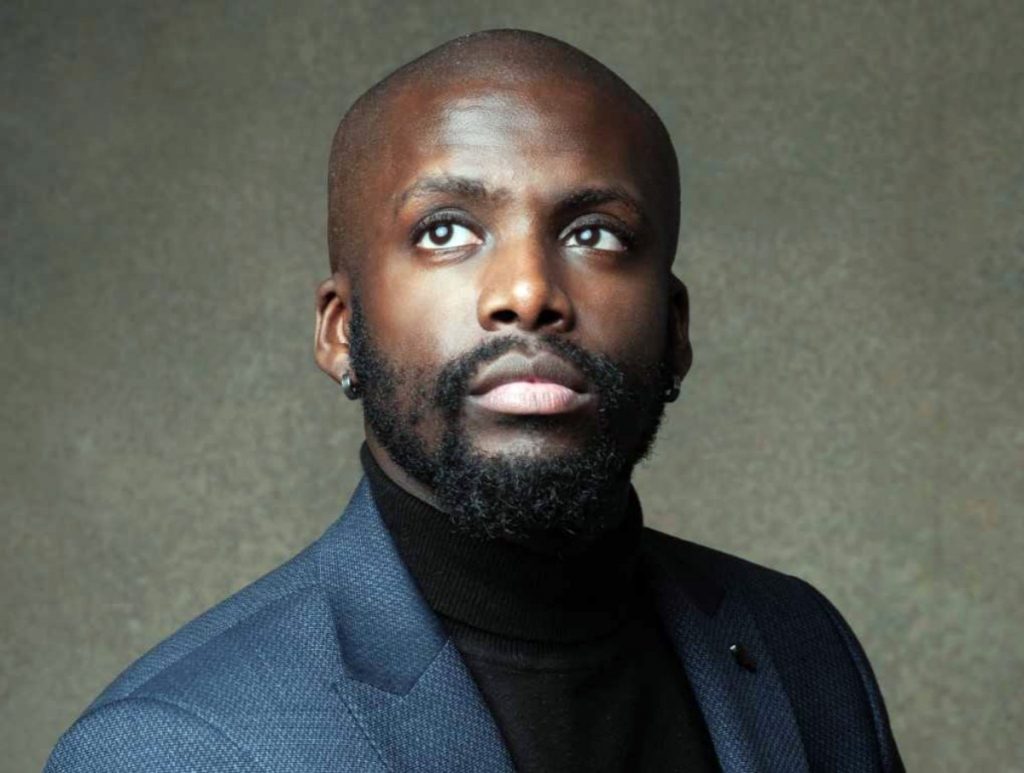 Derek Owusu’s book, Safe: On Black British Men Reclaiming Space, will not be the first time you have read about black masculinity. We’re obsessed with it. Newspapers have devoted miles worth of column inches to it, and there are many years worth of news footage of repetitive TV debates about how to police it. This fixation almost always culminates in the demonising of black men, seeing them as an issue or a problem rather than as individuals.

“People are going to expect the essays to tackle knife crime and so on. It’s a very political book but it’s not polemic, we’re not arguing about anything,” explains Derek Owusu over the phone. The 30-year-old (soon to be 31) podcaster, writer and mentor edited Safe, an anthology of 20 writers who were radically allowed to compose a chapter about absolutely anything they wanted. “We’re literally trying to show them that black men are whole three-dimensional beings.”

Cue chapters on concepts that vary between the act of being showy and “flossing” to a tale of growing up in “the sticks”. Alex Holmes beautifully details the envy he feels in not having a name that feels steeped in black history and culture: a Kwame he knows who has Ghanaian roots opts for the more run-of-the-mill moniker Chris while his friend Oladeji’s name, which means my wealth has doubled, is a map to the feeling his birth evoked in his parents. Symeon Brown writes a love letter to Visions, the now-defunct Dalston club where he could gun lean with reckless abandon to the lyrical therapy of his peers without worrying about racist door policies or having to listen to music he couldn’t “bruk out” to. As these spaces disappear he asks: “Where do black men go to dance?”

Meanwhile, Derek’s own chapter talks about growing up in the foster care system. “I had no idea that I was black. My foster mum was white, she was older, and she was my mum and I didn’t question any difference between us,” he remembers. “The first time I did, was when I was watching The A-Team, and I saw Mr T as B. A. Baracus. I saw his mohawk. I knew I could do that to my hair, but then I thought about my friends and realised they couldn’t do that to their hair. That was the first time I realised there is something different about me.”

“People are going to expect the essays to tackle knife crime and so on. It’s a very political book but it’s not polemic”

All of the essays draw in specific experiences of existing in Britain, which in itself is revolutionary since so much of what we understand about the conception of “blackness”, like Derek’s Mr T awakening, are from images exported from the states. African American experiences have hypervisibility within the diaspora. “I had to take my identity from elsewhere,” Derek explains. “There’s still massive similarities with African American men and black British men, but our history’s different. A lot of black British men have a history of colonisation, whereas a lot of black African Americans have a history of slavery. The way these two things have affected our timeline – our psychology is completely different.”

In the book he writes that by conflating our histories, his peers become a “shadowy clone” of the African American man, whereas this book reclaims the space to talk about black boyhood while attending single-gender British schools, listening to grime and growing up singing ‘God Save the Queen’, unaware of your ancestor’s fraught history with monarchy because of a purposely shoddy history curriculum.

It doesn’t help that in the UK media representation is dire for black and minority ethnic people. In 2014, survey results gathered by City University London found that only two broadcasters, the BBC and Sky One, accurately represent the ratio of white people to ethnic minorities in England and Wales in their programming. Some of the only times black boys see an image of themselves is in darker contexts.

“We do take our identity from what we see in the media and music industry, which manifests in different ways,” he says. Wherever the word crime is, their faces are sure to follow. Policing is increasingly thought of as a means to restrict and surveil them. Then there’s the sexualisation of them, as the long-running obsession with the size of their appendage leads to lust and simultaneously the idea of them as hypersexual aggressors. He plays on this in the name of his introduction: “Is it true what they say about black men?”

“We’re dangerous. That is how we’re perceived, no matter what we’re wearing. We’re hyper-sexual. Our interests are supposed to be very, very narrow. It’s almost sort of like, if a black guy was into for example rock music, it’s considered a ‘quirk’, rather than just a regular taste in music. It’s like a novelty,” says Derek. “There’s so much expectation around what we are supposed to like that we even do it to ourselves sometimes. You talk to a lot of black guys sometimes, and they say I don’t listen to that grime music. But they say it in a way like, ‘I’m beyond grime’. Having different opinions, styles, ideas of what they should look like, and still being allowed to be black men.”

Having had such fixed ideas of what black men are and do, recently there’s been a move to change their image. Just recently, Labour MP David Lammy was one of 56 black men who launched a campaign destigmatising the view of the black hooded figure. The photos from which are being displayed in advertising spaces across UK cities. On youth culture sites, photographers often pitch in projects that are hinged on “redefining” black masculinity, shooting men as they pose demurely with flowers in their hair, or fragments of glitter dusted onto their skin. It’s been the centre of several Twitter threads.

“I understand why because they just really want to try and soften the masculine edges of what it means to be a man, therefore they feel like pink backgrounds help soften the image. If that’s how they think they can tackle [toxic masculinity] then fair enough, go for it,” he says. “I’m quite extreme in my views, I think that we need to throw masculinity away. Just come up with something completely new. Toxic masculinity and masculinity are one of the same. Masculinity is toxic by nature. We shouldn’t try to separate them.”

Mostly, Derek wants to make space for every and any type of black man to be able to express their interests, style, and thoughts freely. “Some men wear a crop top, some wear hoodies. I shouldn’t be facing one against the other, I should be accepting both of them at the same time.”

What sets this collection of essays apart is the fact that this book is not a skin-deep assessment of black men. “It allows people to see black men, as three-dimensional.” More revolutionary, it only includes their uninterrupted perspectives so they can steer the conversation without being talked over, corrected, or boxed into what black men should write about. With an impressive roster of writers, this is a seminal and vital book that passes the mic back to black men.