Chocolate City: should we care about the fetishisation of black men?

Another day, another attempt of what I believe to be the over-sexualisation of black men for the white gaze.

Today, Lakota, a well-known Bristol club, will be hosting the Chocolate City Bristol Show. It hypes people up for an evening of entertainment from “hot black male adonis dancers”. The event is targeted towards women who “like their coffee with no milk”, and is advertised using a still image from Chocolate City, a film about exotic male dancers starring Tyson Beckford. Watching videos of previous performances of Chocolate City, it’s clear that the show is overtly sexual and not shy of heating things up with near-naked dudes stroking their members and grabbing women from the audience to throw around.

Although pictures of the event prove that this is a show that is enjoyed by many black women, I want to directly address the way in which black men seem so complicit in parading their bodies for the white gaze. This is demonstrated by the fact that Chocolate City is headed up by Louis Francois, the owner of events company Sun City UK (also known as grime artist Double-O), who is a black man, and hosted by comedian Aurie Styla, another black man, and touring in a country where only 3% of population is black. I’m confused and frustrated because it seems like black men are consistently aware and happy to give white women a gateway to blackness through being passive in the degrading way they’re seen.

To help me approach this without bias, I spoke to Jesse Bernard, a writer and campaigner who delivers workshops focusing on black British identity and black masculinity. I asked him about why black men seemed so unphased by their own dehumanisation by white women.

He said, “Black men behave this way for many reasons but if it’s something we’re conscious of then it’s usually for reasons of validation, acceptance and perhaps denial of one’s own blackness. We can internalise a lot of the anti-blackness that we engage and more often than not, black men project that onto those closest to us, which, by proximity, happen to be black women. So one of the other reasons we allow it to happen is because we are also complicit in the act of misogynoir and our fetishisation usually comes at the expense of black women, rather than ourselves.”

He added, “Because many of us still engage in hyper-masculine and patriarchal rituals that are often acted out in white male dominated spaces, we are often blind to the fetishisation that comes from both white men and women.” His perceptions feed into my personal belief that black women are often expected to fight on behalf of black men who remain complicit in their over-sexualisation and fetishisation.

The Chocolate City Facebook page is littered with white woman saying the most obscene things about black men such as: “They can coat my vag in chocolate any day of the week”, and “I might have a heart attack if I gets my hand on that caramal [sic] hottie”. Supportive comments from other white women encourage the use of language loaded with fetishisation. Images used to promote the event by tour staff members are reflective of damaging stereotypes imitating hyper-masculinity in contrast with the feeble white women. We have seen these images repeatedly called out on different occasions – the most notable of them all being the racially charged Gisele Bundchen and Lebron James Vogue cover.

Irrespective of your gender identity there is nothing wrong with being sexual and displaying this is okay. There are plenty of other shows featuring black men that have toured around the UK, including The Dreamboys, that do not make a point of sexualising the race of the dancers in question. In a world that over-sexualises black bodies claiming your sexuality and embracing it is a powerful and political act. Sadly, I don’t believe Chocolate City does this.

The surrounding issues with Chocolate City also tie in to the sentiments echoed alongside the recent calls to re-open the Emmett Till case. On August 28 1955, a white woman named Carolyn Bryant accused 14-year-old Chicago teen, Emmett Till, of making sexually suggestive sounds towards her and touching her.

He was then lead by gun point to be beaten, shot, mutilated and weighed down in the Tallahatchie River, allegedly by members of Bryant’s family. She recently admitted to Tim Tyson, author of The Blood of Emmett Till, that her accusations were a complete lie, and Till’s family have been pushing for justice to be served. This situation gives us the gateway we need to have a conversation about the nature in which black boys are treated as black men, masculinised and sexualised whilst white women take advantage of it for their own personal gain.

These feelings towards black men are not new but they are a continuation of the hypersexualised colonial narrative of black people as a whole. In academic Caren Holmes’ paper on the The Colonial Roots of the Racial Fetishization of Black Women, we are reminded that fetishisation “paved the road for the dehumanisation and sexual exploitation imposed upon black men and women brought to the New World.”

We see this unhealthy obsession with black bodies everyday, most recently a prison officer is willing to lose her job stealing a black prisoners sperm over the obsession with having a “chocolate baby”. When dealing with issues such as this so regularly we need to ask ourselves, should we sit back and allow events like Chocolate City to fetishise black bodies in such an inhumane way? It almost seems dangerous.

Fetishisation is a huge issue and goes beyond the dehumanising chocolate-related comments. Perhaps you’re thinking, “Well hey, my girlfriend is a non-black women and she is totally supportive, even has #BlackLivesMatter in her Twitter bio, there’s no way she can fetishise me.” Well, The Root has provided an epic takedown of people’s believed exceptions to the fetishisation rule. Don’t think just because they’re down-for-the-cause they are not able to fetishise you.

You cannot tackle wider issues of systematic oppression without dealing with the microaggressions that contribute to it. People, particularly men who conflate tackling microaggressions with being over-dramatic, are the architects of their own downfall. Black men often stifle these conversations of fetishisation because they automatically assume black women must be jealous or envious of white women instead of dealing with a problem deep-rooted in colonial and racist attitudes. 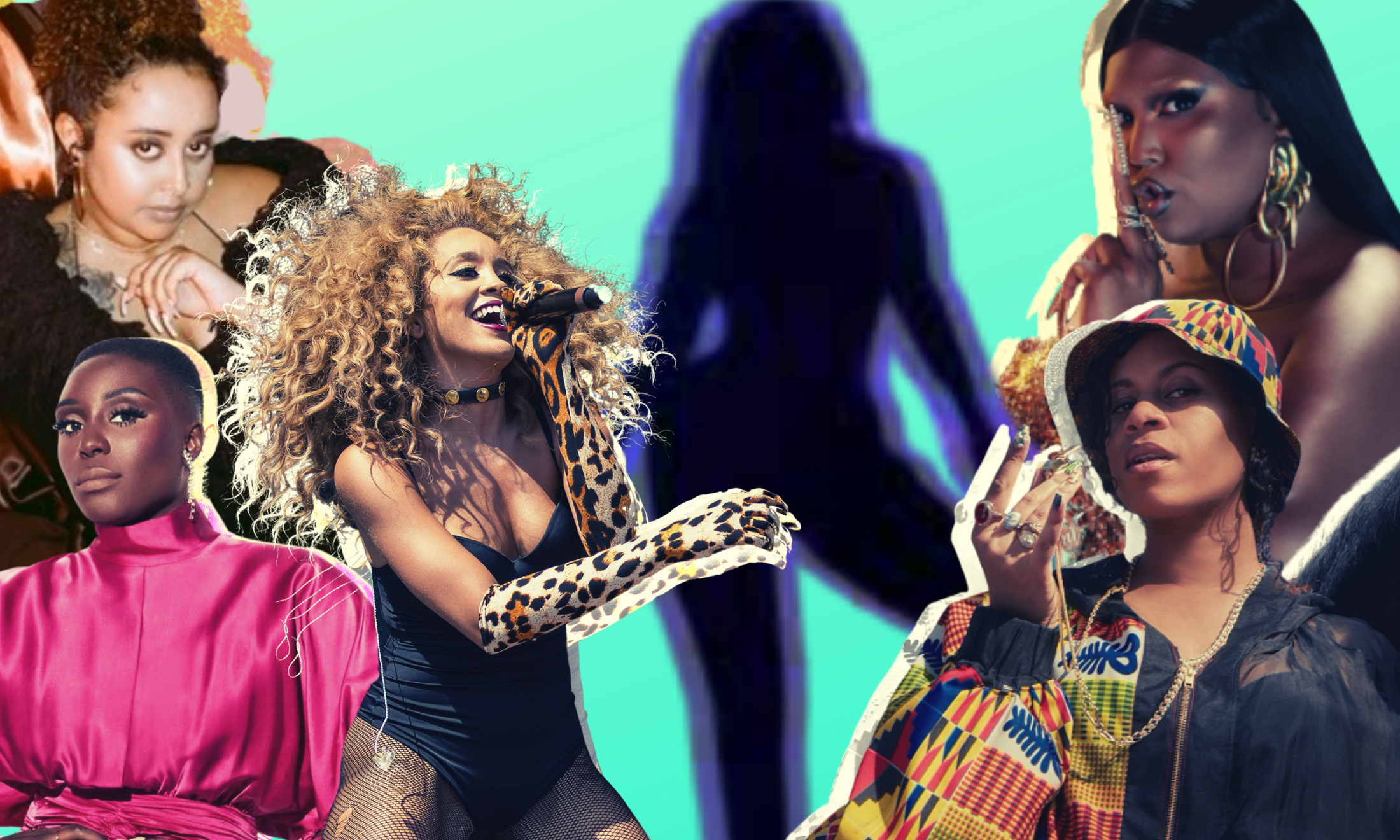 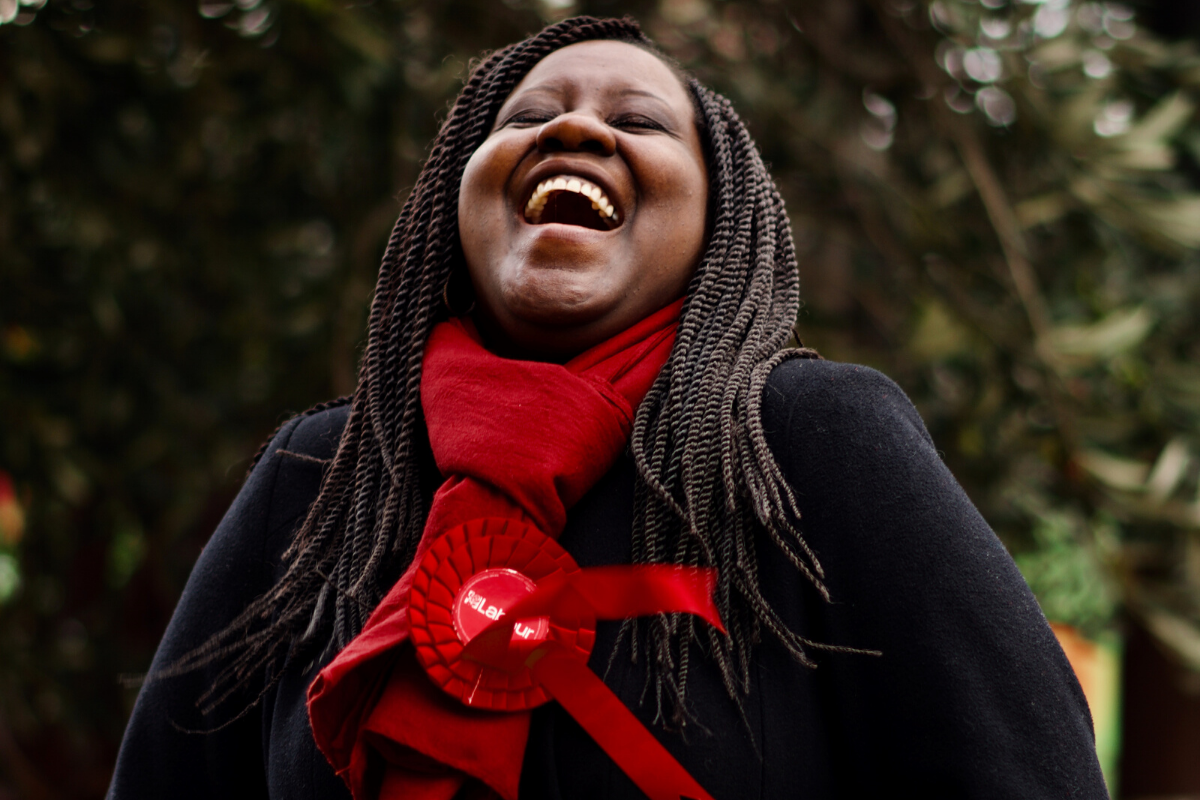 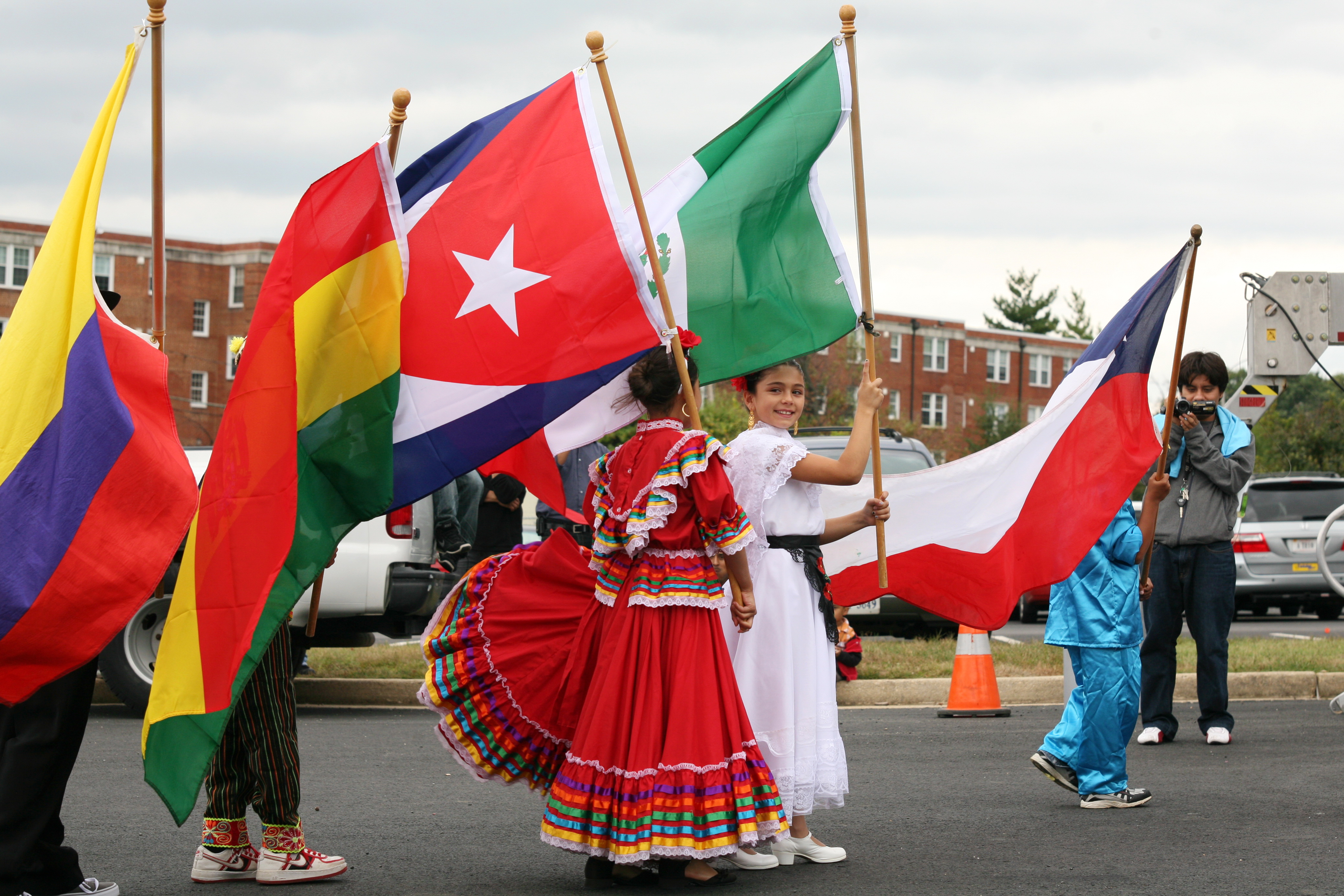 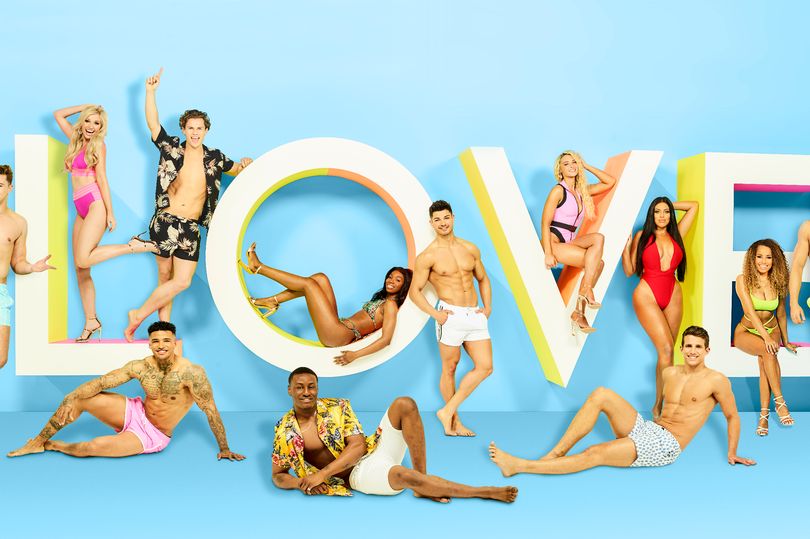 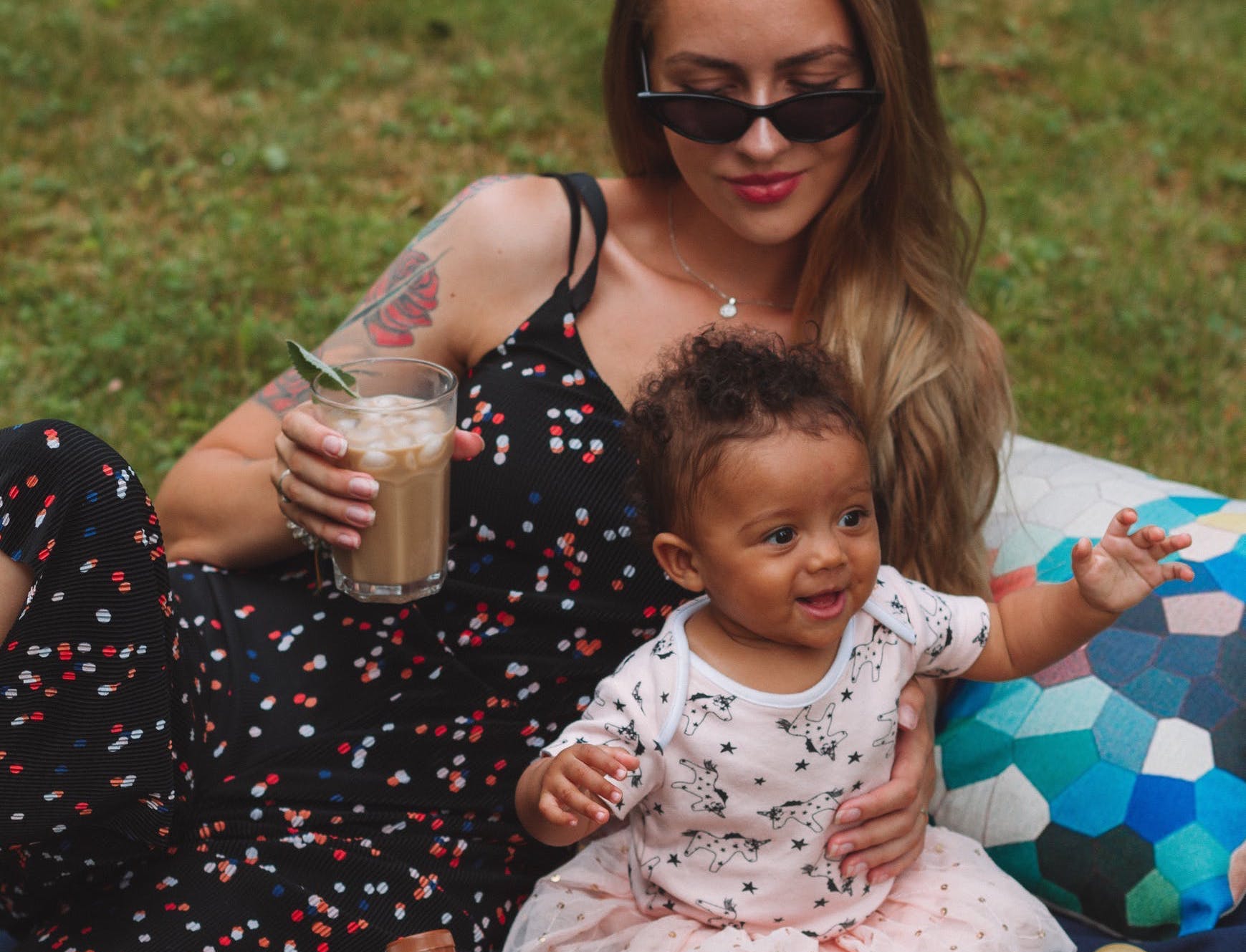