Vintage clothes, vintage mentality: what happened when I called out a vintage clothes store on cultural appropriation 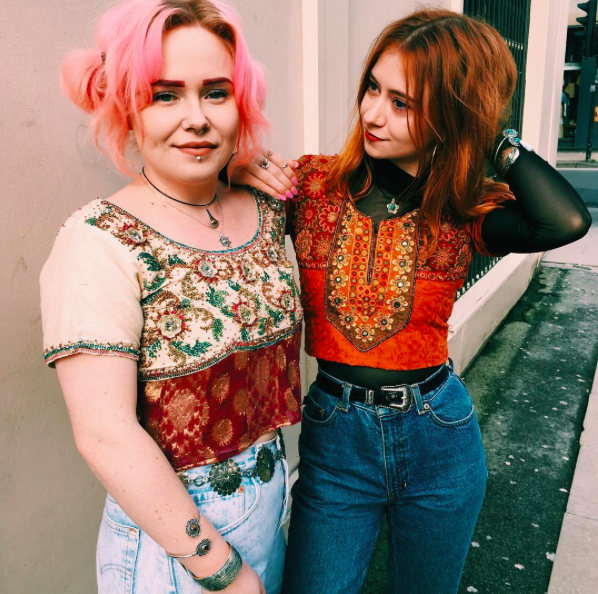 Whether it’s Katy Perry’s cheap adoption of Egyptian aesthetics in the music video for Dark Horse, or caucasian festival-goers wearing the bindi to Glastonbury, I always endeavour to condemn cultural appropriation. Whilst this is constantly a heated topic of discussion on social media and within my friendship circles, this week was the first time I had ever encountered it in person, and it only consolidated my discomfort.

COW Vintage is a vintage (duh) clothing store that has quickly developed into a chain; they have even opened a new store in Liverpool this year. I’ve been shopping at their Manchester store for over five years now; ever since I first watched This Is England and decided in my teenage ignorance that the “edgy Dr. Martens tomboy” look would be my really cool, and not at all cliché, go-to fashion vibe.

Upon re-entering their store this week my eye was immediately drawn to a display of vibrant colours, labelled as “Festival Wear”, that felt all too familiar to me. I sighed heavily. As I reached the rail, a closer inspection confirmed the suspicions I had when walking across the shabby-chic store space. They were selling desi garments under the title “Festival Wear”. The long kameezeh and embellished sari tops that I had always seen adorning my mother’s wardrobe had now attracted a swarm of caucasian girls, in pursuit of pieces that would amplify their Instagram aesthetic.

I politely confronted the sales assistant about why they had labelled these items as “Festival Wear”, she was smiley and assumed that I was complimenting the beautiful pieces at first. When she finally understood that I was not impressed with them capitalising upon a culture which they have no authoritative claim to, she said agreed with me that it was problematic. She then hinted that there had been some discussions about this but the store had chosen to go ahead with it regardless.

In that moment I internally debated what was offending me more: The fact these garments were labelled as “Festival Wear” and not as South Asian or desi clothes, or the fact that there were caucasian women picking up my native garments in front of me without so much as batting a “woke” eye lid. Did it bother me more that we weren’t even getting credit for these designs, or did it bother me that these girls wanted to borrow from my heritage? 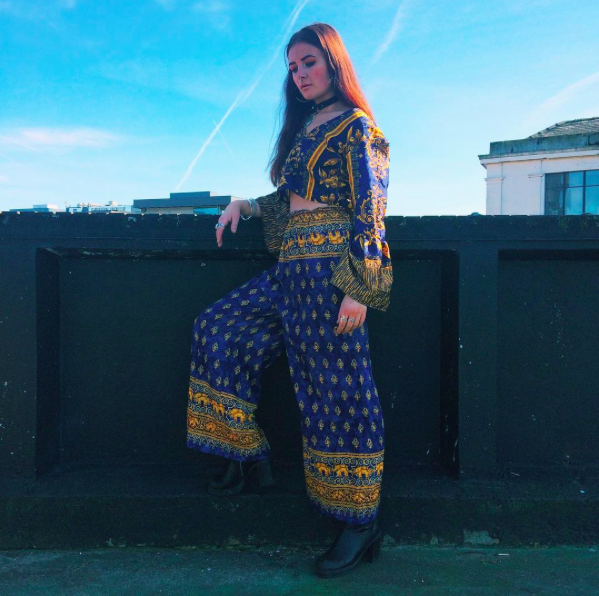 I was reminded of girls I went to high school with. The IT girls. Girls who would give my mother lingering looks when she came to parent’s evening dressed in her casual shalwar kameez. Girls who would later tell me that I “smelled like curry”. Girls who took it upon themselves to constantly remind me that I was the other in this diversity-lacking school.

As someone who has always struggled with the East-West dichotomy of being a British-born South Asian woman, cultural appropriation strikes me as the ultimate middle finger of caucasian behaviour. I’ve been taught that in order to fit in or be deemed pretty, I should contour a smaller nose, thread every single last upper lip hair, and make any other efforts I can to conform to Eurocentric beauty standards. So why is it now okay for those very same girls to look me in the eye as they try to share the material emblems of a culture that so many minorities have had to struggle to uphold or grow to embrace?

That evening I sent a tweet to the branch and the company’s general Twitter account to which I have still not received a response to my complaint. I then found images of the problematic items on Instagram and commented that “culturally appropriating desi garments and not crediting them as desi is not okay, it perpetuates the caucasian idea that wearing bindi’s is stylish on white women.” Within minutes my comment had been removed, and they had blocked me – a customer of over five years.

If we cannot rely on companies to not perpetuate the glamorisation of minority cultures on caucasian bodies, then we cannot rely on our peers, colleagues, and strangers we encounter in daily life to understand that this is wrong. COW have skirted around a freedom of speech issue by not only ignoring minority concerns such as mine in this way, but also punishing a long-standing customer by banishing me from further inclusion.

This attitude will only serve to demonise the appropriated and victimise the appropriators. Once again those metaphorical middle fingers are up and, much to my dismay, they don’t seem to be going away anytime soon.

gal-dem reached out to COW Vintage for comment. Here was what their representative had to say:

“Please be assured that it is never our intention to silence a valuable conversation on our Instagram feeds and I apologise that this happened in this instance.

We buy all our vintage product from respected vintage suppliers throughout Europe who source and recycle used clothing from around the world.  When we stock any line of clothing it is with the intention of respecting and celebrating the historical and cultural significance of the piece.  We hope we have resolved the issue by relocating the stock.

We welcome your guidance on this and we are sorry to have offended your writer this was not our companies [sic] intention.”