Wanderthirst: Jamaica was incredible, but the catcalls were trash 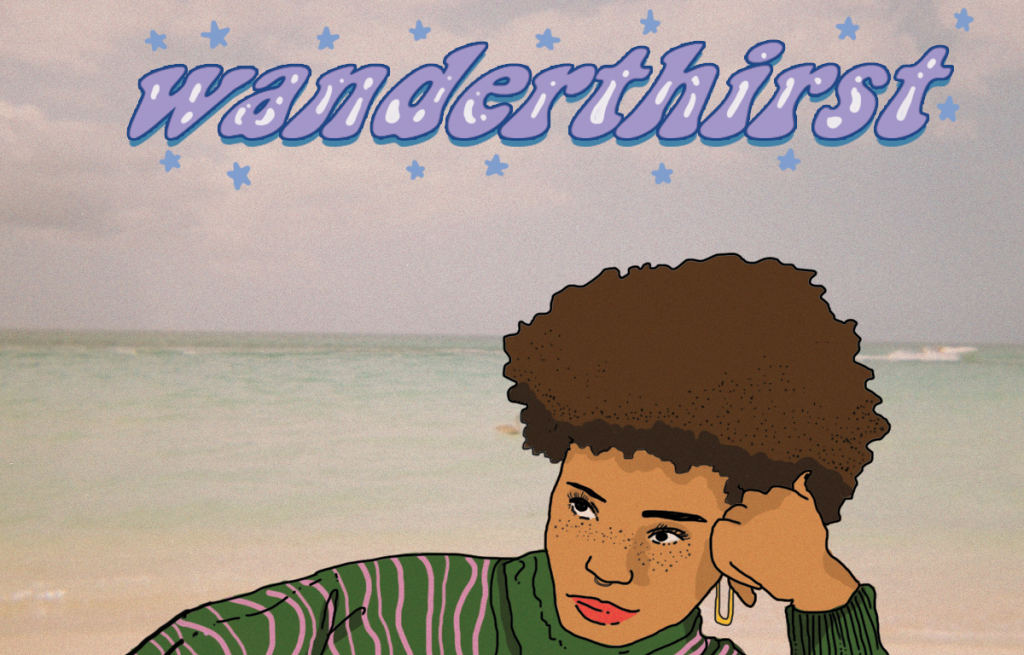 Most people I know who go to Jamaica go for two reasons: either you’re visiting and staying with family or you’re there on holiday and staying in a resort. I, however, was in a unique position where I was doing a bit of both.

I’ve wanted to go back to Jamaica for a couple of years now. And this February, I finally gathered up enough money to return after 14 years. I called up my best friend Ella and asked her if she wanted to join me and we set out on a trip that lasted just under three weeks.

We flew into the capital city, Kingston in the parish of Saint Andrews, and stayed with my grandma, before moving on to Negril in the west and Ocho Rios and Port Antonio in the north of the island. Instead of staying in plush beach resorts serving up American buffets, we opted for Airbnb’s slightly off the beaten track.

One of the perks of staying in the homes of local people was that we had four very different living experiences whilst in Jamaica. My grandma’s home was just as I remembered it from my childhood: wholesome. In a remote area up by the famous blue mountains, we spent our days drinking rich Jamaican coffee and lazing around on the roof, watching the sun rise and set. And obviously had a mandatory visit to my grandma’s church to greet all the relatives and friends I hadn’t seen for years.

“We spent our days drinking rich Jamaican coffee and lazing around on the roof, watching the sun rise and set”

After visiting my grandma, we then took a Knutsford Express coach from New Kingston to Negril. I didn’t think much of it but it’s unusual for two women to travel by themselves around Jamaica. Most people we spoke to prior to our trip gave us a couple of warnings. Montego Bay and Kingston are still under joint security operations with the police and the military after recent violence and my mum made sure to remind me that “some of the men might talk to you and put on these funny American accents – ignore them”.

But Jamaica is where my family is from, and where some of my happiest memories have been made. After all, people say London is dangerous. It didn’t feel like a cause for concern until I arrived in Negril.

Negril is a tourist hot-spot known for its crisp white Seven Mile Beach. We stayed in a modern apartment owned by a lovely young family out of the tourist trail. What awaited us there was a complete shock. I know street harassment is a global problem, but the street harassment we were confronted with in Negril was a lot – probably more than I’d previously experienced in my whole life combined.

My best friend and I couldn’t look any more different. She’s tall, white and blonde and I’m short, black with long black twists. I was curious if we’d be a help or a hindrance to each other. Being with her did mean the gig was up and I was definitely a tourist. It also meant catcalling was tailored to our appearance, Ella got all the “pretty white girl” and I received  “beautiful sister” or “rasta girl”. Almost every man we walked past – neighbours, taxi drivers, security guards and shop assistants – had a proposition or something to say. We never felt unsafe, just pissed off. I know if we were accompanied by men our lives would have been a whole lot easier. And I couldn’t help thinking back to what my mum said, the men did put on these strange American accents.

“Almost every man we walked past – neighbours, taxi drivers, security guards and shop assistants – had a proposition or something to say. We never felt unsafe, just pissed off”

Maybe naively, I’ve always felt unstoppable, invincible. As a black woman, I’m so used to working twice as hard and three times as long just to survive – being self-sufficient felt like a gift passed down through my maternal bloodline. But now I was in a position where I felt let down by my body.

Ocho Rios and Port Antonio provided some much-needed respite from tourist-dense Negril. Ocho Rios, known simply as Ochi, has so many natural wonders like Furn Gully, Dunn’s River and the Blue Hole, a collection of natural pools and waterfalls. For around 15 USD, we got taken around by a guide and before I knew it, we were cliff jumping, swimming under the most terrifyingly powerful waterfall into a tiny cave, and then climbing back out of the cave through a crack in the rock. I didn’t think I had an issue with confined spaces until then. To top it off, I did all these extreme water sports unknowingly with a swimming costume that had gone completely see-through.

The small seaside town, Port Antonio, was probably my favourite place in Jamaica. It looked like a movie set, and it has been in the past – the 1980 film Blue Lagoon and part of Tom Cruise’s film, Cocktail, were filmed there. We stayed in a beautiful treehouse high up in the mountains and it was pure heaven.

My trip to Jamaica was both heartbreaking and healing. I’m sad for my childhood and the freedom that came with it in Jamaica. I didn’t have a care in the world then – I could run around and just be me with no fear. I’m a woman now and it was a stark realisation that my womanhood comes with limitations. On the flip-side, this was one of the best trips of my life. Jamaica is truly beautiful, the food is glorious and there’s just so much to do.

• Go to Rick’s cafe in Negril and watch the sunset.

• Whilst Dunn’s River is a highly- recommended attraction, it is quite busy and expensive. If you’re looking for some peace and quiet, Little Dunn’s River, a few minutes from its big sister, could be a great option.

• Visit Reach Falls in Port Antonio. Unfortunately, half of the waterfall is now owned by the government which means less money is going to the local community, but if you start the tour from the bottom of the river you can get local tour guides for the same price.

• The Knutsford Express is probably the safest and most cost-effective way to travel from town to town. It’s quite similar to the National Express in the U.K. and it’s reasonably priced, plus you get to take in the scenery and there’s WiFi!

• Bring US dollars, especially in more touristy destinations like Montego Bay and Negril.

• For your safety and, I’d recommend prebooked taxis. But If you’re more of savvy traveller, local taxis are a good option. They work as a pool service, so make sure you ask for the price prior to getting in. They won’t drop you directly to your destination but close enough.

• Airbnb apartments provide a nice slice of Jamaican living and they are cheaper. But if you want to have a straight-forward, carefree holiday (and you can afford it), stay in a hotel. They usually have their own beaches, security and excursions directly from your hotel. Or better yet, if you have any Jamaican friends or family go with them, and stay with a family.

Check out the rest of the Wanderthirst series here