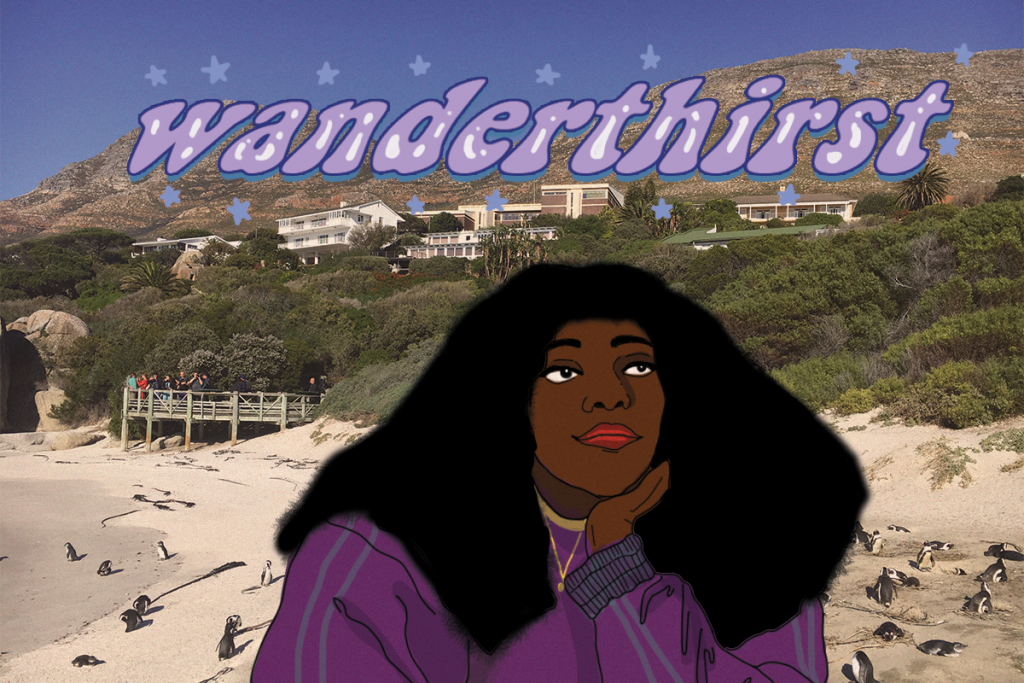 As a Ghanaian woman currently living in Germany as a doctoral student, I have always had a fervent desire to visit other African countries, places that feel inherently familiar yet unfamiliar. I recently got the opportunity to visit Cape Town in South Africa to present my research at a conference, which I excitedly jumped at.

I imagined it would be an extension of home, where I would feel safe and secure in my blackness with space to simply exist. However, Cape Town is a hotbed of dichotomies and racial tensions that shaped my experience of the city.

Cape Town is a city of contradictions. It has one of South Africa’s biggest townships Khayelitsha, next to increasingly expensive, private houses. The racial structures of apartheid are not completely dismantled, and race and class dictate the ordering of the city and South Africa at large.

I opted to stay on Long Street, the quintessential party street of Cape Town, loud, and busy and it reminded me of Oxford Street in Accra. It is lined with bars, clubs, restaurants and a plethora of tourist specific shops that cater to the “exotic” imagination of Africa with generic-looking masks, dashiki clothing and beaded jewellery.

It is also where I was harassed and catcalled the most. With my dreadlocks, I was an easy target for men who screamed “rasta” at me, sometimes closely following me till I crossed over to the other side of the street. There was one incident, a few minutes after a group of men started screaming at my friend and I, they broke into a run after us forcing us to duck into the nearest bar. I felt unsafe and annoyed that regardless of the country I visit, street harassment is a likelihood.

On my first free day after the conference, I took a hop-on-hop-off bus, opting to use it for a good look at the city with stops at different landmarks. My first visit was to Table Mountain, a flat-topped mountain that grandly dominates Cape Town. Using a cable car, I got to the top of the peak for a breath-taking panoramic view of the city, spending a few hours walking on the mountain, taking pictures and looking at the gorgeous blue sea below.

The next day, I travelled to Boulders Beach, home to a colony of African penguins. The penguins are a delight to see. You would usually expects to see penguins in snow but at Boulders Beach, they waddle up and down the sandy beach, swimming in the warm, clear blue sea. Their braying noise, for which they were previously named jackass penguins, punctuates the air with Table Mountain looming in the background.

“As a Ghanaian woman, my country never had the history of apartheid or colonial settlers and Cape Town felt to me like a city where colonialism never left.”

I spent the rest of the day touring Cape Point, the most south western tip of the African continent where the Atlantic and Indian oceans meet. Cape Point is a wonder with towering stone cliffs that make an arduous and well rewarding climb to the lighthouse. The view is exhilarating with gorgeous bays and beaches, and a variety of animals like ostriches and baboons.

Although the trip was amazing, unfortunately, my tour guide was a racist, sexist white South African man whose attempt at humour was to denigrate, underplay and dismiss key aspects of Cape Town’s nuanced history as well as underplay general gender and racial dynamics. His comments about the #feesmustfall protests as a clever ploy by failing students to disrupt the entire educational system and keep good students from passing was enraging. Throughout the tour, I felt livid and yet saddened by his comments as the other tourists appeared not to register his microaggressions and racist comments. As a Ghanaian woman, my country never had the history of apartheid or colonial settlers and Cape Town felt to me like a city where colonialism never left.

Precisely as a result of the tour guide’s comments, I made it a point to visit museums dedicated to South Africa’s racial history. Shunning the more famous Robben Island, where Nelson Mandela was incarcerated, I opted for smaller, less known museums about the apartheid era. District Six Museum is a tragic memorial to the forced displacement of primarily black people from the District Six neighbourhood and the reconstruction of rooms, shops and artefacts used by the displaced people left me saddened.

Similarly, Bo-Kaap neighbourhood’s distinct sight of colourfully painted houses was equally distressing. The neighbourhood’s influx of tourism as well as capitalism is beginning to displace the residents and the colourful buildings which initially signified the freedom of the residents from slavery is now also its tragedy. I left both places thinking of how the memories in museums still live on in the present structures of Cape Town.

In between my visits to tourist landmarks, I particularly enjoyed my conversations with the locals. Coming from Ghana, our conversations always started from football, especially the 2010 World Cup tournament held in South Africa where Ghana missed the chance to become the first African country to qualify for the semi-final stage. The locals I interacted with were curious about Ghana and as they taught me about Cape Town and South Africa in general, I relegated them with stories about my country.

My encounters with other African immigrants in work capacities such as cab drivers and shop owners seemed a bit different – they regarded my enquiries about their nationalities with suspicion. Hearing about the recent renewed xenophobic attacks on immigrants especially Nigerians sheds light on those encounters. There is an underlying sense of tension and distrust towards African immigrants something I, as a tourist did not encounter.

Most nights, I wandered along the V&A Waterfront, a premier destination for shopping and entertainment along the seaside. Popular with locals and tourists, it was a great spot for winding down after the day’s hectic activities, having a glass of South African wine or simply strolling through the shops. There, I could reminisce on Cape Town’s beautiful and simultaneously heart-breaking dynamic. I loved the attractions of Cape Town, but I was happy to leave its inherent racial dynamics.

•Robben Island is undoubtedly the most famous museum to learn about Nelson Mandela and the apartheid era.

• Stroll through V&A Waterfront for a variety of delicious foods from seafood to ice cream to burgers.

• You should not miss the nightlife on Long street.

• If you are vegan or vegetarian, Cape Town has a variety of options for you. Check out Lekker Vegan restaurant for delicious vegan burgers.

• If visiting Bo-Kaap, it is better to visit the museum first to learn the history of the neighbourhood. Be aware that Bo-Kaap is still a neighbourhood where people live and be respectful of their privacy as you take pictures of the buildings.

• Long Street and its neighbouring streets get particularly loud at night as the bars and pubs play music well into the morning. Consider using Airbnb to find apartments throughout the city.

• Cape Town has been in the throes of a water crisis and there are restrictions in place on water use. Although the worst of the crisis is over, be judicious with your usage.