What we’ve learnt from the skin lightening series 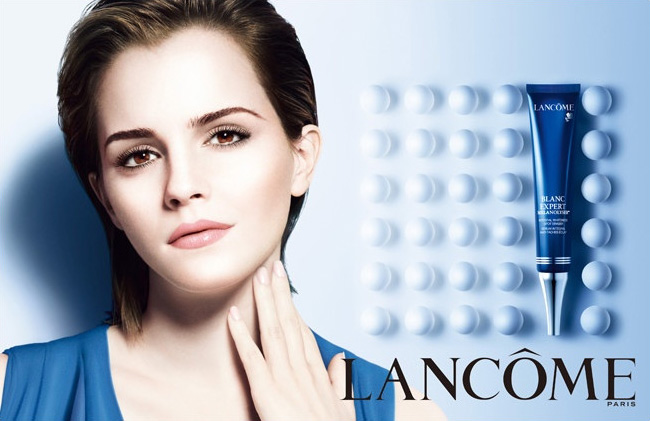 I first became aware of skin lightening when searching for hair-care products in my local cosmetics shop. Sandwiched amongst jars of coconut oil and tubs of hair relaxer, “skin-whitening”, “skin-brightening” and “skin-toning” products gleamed at me from neatly-stacked shelves; plastered with the faces of “fair-skinned” black and Asian women. Whether it be in Paks hair shop in Dalston, or Sheba’s hair shop in Peckham, wherever women of colour frequent for their beauty buys, skin-lightening products seem to follow. The skin lightening series was borne out of this realisation and the increasing protestations from other women of colour about the skin lightening industry that simply couldn’t be ignored.

In the run-up to the series we attended the first skin-lightening conference in the UK which aimed to highlight the dangers of the products to Public Health England and Trading Standards, picked up on the #UnfairAndLovely campaign, which was further explored in Halimah Manan’s excellent article for this series, and Eno Mfon, a gal-dem writer and illustrator, performed her spoken word piece “Check the Label” at gal-dem’s launch night back in September, which reminded us that colourism is still a massive issue for many women of colour.

“The poem developed from the fact that when I was younger I never really saw black women celebrating themselves”, Eno told me at the time, “I remember growing up and seeing my aunties getting lighter and lighter and then my mum just casually telling me that they lightened their skin. Me and my cousins and my friends – we didn’t realise the effect it was having on us until we got older. I really did not like the way I looked.”

The skin lightening industry is a subset of the beauty industry, which undeniably makes its money in large part from increasing women’s insecurities about their bodies. However, what we tried to highlight throughout the skin lightening series was that skin lightening is more than an equivalent to “fake tan”, as Naomi Mabita put it in her excellent article which kicked off the series (and also kicked up a big fuss surrounding a picture of Emma Watson fronting a skin-whitening brand, Blanc Expert).

With our focuses on the dangers of illegal products that contain mercury and hydroquinone, Atong Atem’s brilliant piece on colourism in the black community, Isha Sohal’s important reflection on why she wanted to be lighter-skinned when she was growing up, and Paula Akpan’s recognition of the deceptive marketing terminology skin-lightening brands use, we tried to cover as many bases as we could.

After Naomi’s article, “Perfect whiteness: the code switching of European cosmetics companies”, launched, I tweeted out a picture that was included in the piece of Emma Watson as the face of Lancôme’s skin whitening brand.

Quite quickly afterwards this was retweeted by some big name journalists, and featured in Jezebel, Refinery29, Cosmopolitan, the Telegraph, the Independent, OK! magazine and even made page 11 of the Daily Mail on Tuesday.

Although the exposure this gave the skin lightening series was great, many of the outlets failed to even mention gal-dem and the aims of our project (to raise awareness about the dangers of illegal products and the colourism many women of colour face), nor take on board the fact that while the product that Emma Watson fronted was marketed as being “a dark spot corrector”, and obviously used for that purpose by some women, in reality the Blanc Expert brand is also used by women of colour to lighten their skin (you can check this by looking up reviews of the products in the Blanc Expert range and also by viewing the video, below, which shows how it’s marketed to Asian consumers).

The Daily Mail’s article was particularly jarring, describing gal-dem as an online magazine for black and Asian women (we’re an online magazine written by women of colour, for everyone), and using a tired “Angry Black Woman Trope”, while Cosmopolitan’s reaction to the news was to write this faintly nauseating piece: “How can anyone be mad at the gloriousness that is Emma Watson, ever?”

Instead of raising awareness, the skin lightening series had quickly become the Emma Watson series, and it was interesting to see the way in which many people (mainly white people and white feminists) leapt to her defence and criticised gal-dem, as if the article we had produced had condemned Watson. In reality, the article was condemning the companies behind producing the skin-lighteners – Emma Watson featured only in one line: “Emma Watson, forever paraded in the media as a white feminist icon, is the face of Lancôme’s ‘Blanc Expert’ (Expert White) which contains disruptive ingredients intended to whiten the skin.”

While its worth noting that it’s unlikely Watson was aware of the impact the marketing of skin-lightening products has on women of colour, her complicity is still saddening, and her silence (apart from in the form of a carefully worded statement by her spokesperson: “My client no longer participates in advertising beauty products, which do not always reflect the diverse beauty of all women”), even more so. Women are often held up to impossible standards, especially openly feminist women like Watson, but her lack of understanding of the importance of intersectionality – of recognising in her feminism the voices of women of colour – is truly worrying, and I’m glad that gal-dem helped to bring that to light.

A valid criticism we received about the video we produced on skin lightening was that it didn’t include any footage of Asian women, leading to the misguided opinion from one white person that skin lightening is an issue that only affects black women. In future we will aim to make sure appropriate diversity is accounted for. We did film some Asian women for the video but the video/sound quality was too bad to use. We were also affected by the fact we filmed in a south London area where there are a lot more black people than Asian people living.

There were many other issues that we could have covered in relation to skin lightening – I would have liked to track down women who have been made seriously ill due to the use of the products (a Public Health England official once told me of a woman in the north of the country who almost died from kidney damage after using a product containing mercury), which would have again highlighted why illegal products can be so dangerous, and we would have liked more content from marginalised groups affected by colourism. But there’s always next time.

What have we learned?

1. Don’t trust the mainstream media to represent the voices of women of colour.

2. Counter ignorance with intelligence. In many cases educating people about skin lightening and its dangers seems to have worked.

3. Speak loud enough and things can change. Lancôme appear to have removed their Blanc Expert products from their UK website.

4. We still have a lot to learn about skin lightening in the UK, and there’s plenty more work to be done.

What did you think of our #skinlighteningseries? What do you think our next series should be on? Email [email protected] or tweet us at @galdemzine.