Where are the South Asian women in UK music? 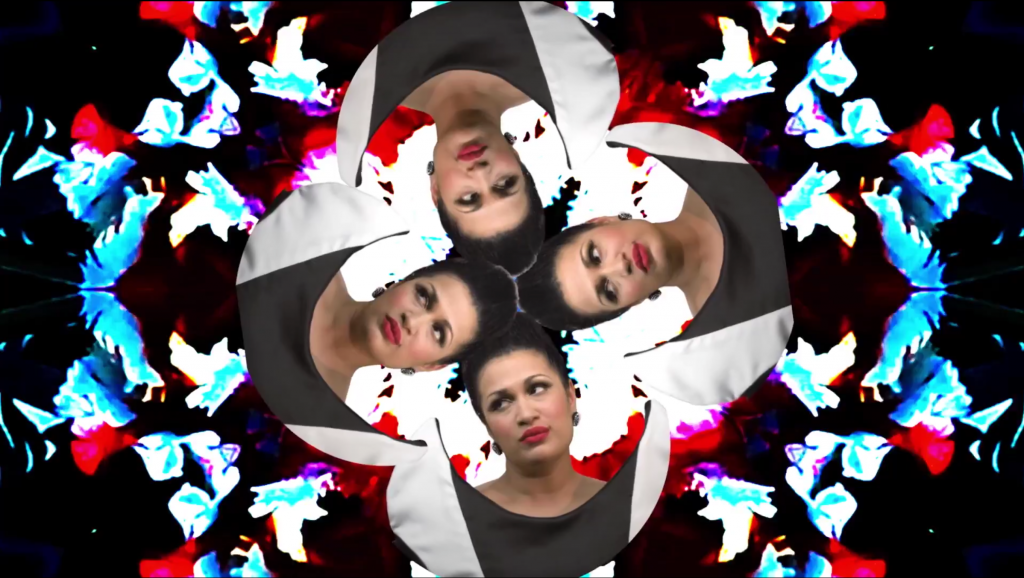 “I’ve been doing music for 18 years and I’m usually the only brown woman in the room,” says London-based multi-instrumentalist Bishi Bhattacharya.

While British-Sri Lankan M.I.A. and mixed-race artists such as Charli XCX, Bat For Lashes and Nadine Shah might have broken through, for women in the UK they are still the exception and not the rule. South Asian-origin women in this country’s music scene feel a rarity, meaning sounds like the electronic Indian fusion sitar music Bishi makes remain shrouded as a niche interest. The Mahadevi Sessions, a new series of panels aimed specifically at South Asian people in UK music, is setting out to change the future of South Asian music, one step at a time.

“I find myself getting invited to all these different events and I’m usually the only South Asian woman there. That needs to change”

Speaking of the origin of the sessions, which she is running in collaboration with the Musicians’ Union, Bishi explains, “I decided to curate them out of the process of putting my album Let My Country Awake together. I’m very involved in this movement to promote women in music and equality in terms of representation.

“We talk about diversity, about inclusivity – and that’s wonderful. But I find myself getting invited to all these different events and I’m usually the only South Asian woman there. That needs to change.”

Delving deeper, she speaks of the annual UK Diversity in Music survey, which revealed that BAME women made up 17.8% of the music industry in 2018. Bishi argues that the space of Asians within that figure must be minuscule: “If the ‘A’ is for Asian it would mean that our percentage is in the single digits and this is rather depressing considering the fact that Asia is a huge continent!”

On the topic of stats, she talks about DJ Annie Mac’s commentary on the Channel 4 Ways to Change the World podcast. The stats included that, of the 600 most streamed songs from last year, only 12 were produced by women, while on the UK charts, out of 91 songwriting credits for the Top 40, only 31 were women.

The number of Asian women those stats encompass must be even smaller, but it’s not the numbers that affected Bishi the most. She recalls the memory that really started the whole series.

“All of my efforts here come down to this one racist dude who happened to be a gatekeeper in the industry. I was called into the office of a TV executive who told me that my ideas had to appeal to white people. It got me feeling very down for a few days because the same sentiment has been expressed to me many times throughout my career.”

Bishi argues that this old-fashioned sentiment of appealing to a “white audience” haunts South Asian creatives, not just in music, but in all fields of work. She gives the example of the essay collection The Good Immigrant, explaining that the idea of a group of writers coming together based on the concept that you don’t have to appeal to a “white reader” inspired her.

She adds: “I have friends [in the music industry] from all different countries and cultures and that’s not how they think at all, so there’s something about these gatekeepers who refuse to get behind us.”

“M.I.A. and that’s it? Why is the only reference we can make someone who became popular 15 years ago?”

The series’ first event, which I attend, is a night to share stories – to celebrate and support each other. As the panellists for the evening – Dana Mohammed (aka Ms Mohammed), Nabihah Iqbal and Nadia Javed of The Tuts – greet each other with warm hugs and smiles, a sense of community floods in.

Dana echoes an earlier statement made by Bishi about M.I.A. being the last major South Asian sensation. While both artists cite her as a major inspiration, they question why the only reference people can make to someone who became popular 15 years ago. As Dana exclaims, “M.I.A. and that’s it? We could use a few more South Asians in the industry I think. You can’t tell from looking at the British music scene that we’re a majority ethnic group!”

It surprises some people that she is from Trinidad but she concedes that it gives her an edge as a musician. “To be an Asian in the Caribbean is pretty niche and many people don’t even know we exist,” she says. “While I’m mostly influenced by the places I’ve lived in – Trinidad, New York and London – my sound is largely guitar-driven, with Asian beats and Trinidadian influence. I draw inspiration from so many different places and that makes me rather unique.”

Meanwhile, Bishi’s edge comes from the depth of her connection to music. “My South Asian heritage has given me a spiritual connection to music. You feel the music a little more, you’re more grounded,” she explains. “There’s also this realisation that music isn’t just spiritual but very methodical. Indian music to me is where spirituality, science and magic come together.”

The description of this is profound – in the right circumstances, this kind of experimentalism would have the potential for immense growth in popularity. Yet, as Dana mentions, South Asian women are often held back from experimenting in their art – when Nabihah’s debut album dropped, one reviewer expressed disappointed surprise that it was an album of guitar music, because it was “not the British-Asian experience we’re usually given.”

As Dana says, “We’re allowed to do certain genres. We can do Asian music, or fusion music but somehow there’s no room for diversity [in the mainstream]. This needs to change.”

Asked how this change can be brought about, Dana ponders on the idea of representation. “Often with South Asians in music they have to carve their own path. They have no one to look to and be inspired by when it comes to diversifying their sound, and that’s the difficulty.”

She goes to explain other ways to increase South Asian visibility. One thing Dana believes can bring change is more nuanced media portrayal of South Asians.

Music also has to be normalised as a viable career option: “Our communities need to accept it instead of pushing people into other careers – but for that, you need to have more examples so that the path to be taken can be understood,” she says.

There’s still a lot to be done and a lot of changes to be made. But the effervescent Nadia Javed of The Tuts and the versatile artist and DJ Nabihah Iqbal believe that efforts of those like Bishi will pay off soon.

Nabihah, who is in the midst of recording her second album, says things can be improved by people from similar backgrounds working hard, being focused and – perhaps most importantly – helping each other. She adds, “I do think people are paying more attention to ethnic minorities, so it’s a good time to be doing things like this.”

She trades easy banter with Nadia, who has recently gone back to her day job in pharmaceuticals. Nadia says, “While I do know you’ve just gotta do what you need to do, there are still a lot of changes happening in my life and sometimes I can’t pretend to be okay, so this support from other musicians just like me feels good.”

Nabihah agrees. “Nothing is good all the time, but that’s okay. Working on my album right now is challenging, but I’m excited for it when it comes out.”

“It’s time for us to start getting behind each other and recognising one another coming together more because no one else is going to do it.”

As the two young artists express mutual adoration and support, the sense of community shines true and clear. And this is the point of the Mahadevi Sessions – as Bishi puts it, “It’s time for us to start getting behind each other and recognising one another coming together more because no one else is going to do it.”

Indeed, waiting for “representation” at the hands of white gatekeepers isn’t enough – Toronto-based journalist Anupa Mistry has previously written about what comes after representation, creating a film celebrating the low-key canon of the South Asian diaspora in Western music. It feels in keeping with what Bishi is trying to do here in the UK – doing the work; celebrating one another and creating the spaces to do so.

These sessions are not alone in their pursuit of South Asian unity. London’s No ID is a night that switches between venues, but exclusively platforms South Asian DJs; earlier this year Haramacy Festival in Deptford prescribed a space for South Asian and Middle Eastern artists to connect and collaborate, while queer brown parties like Hungama, Club Kali, Desi Boyz, Misery Party aim to bring about the same sense of community.

The Mahadevi Sessions is only just beginning to take off, but with the next event planned for October in support of queer musicians and many other panels in the pipeline, Bishi’s message of South Asian unity is hopefully poised to become a more mainstream conversation over the coming year.

Empowering and encouraging, at the session, Nadia, Nabihah and Dana prompt people to never give up on their dreams, while Bishi leaves everyone with a final piece of advice to contemplate: “People are a lot more powerful than they realise even if they feel small. So listen to the ideas in your head, honour them and act on them!”

Follow Bishi on Eventbrite to find out when the next Mahadevi Session will take place. She plays a live AV set at Rich Mix, London, on 5 September.