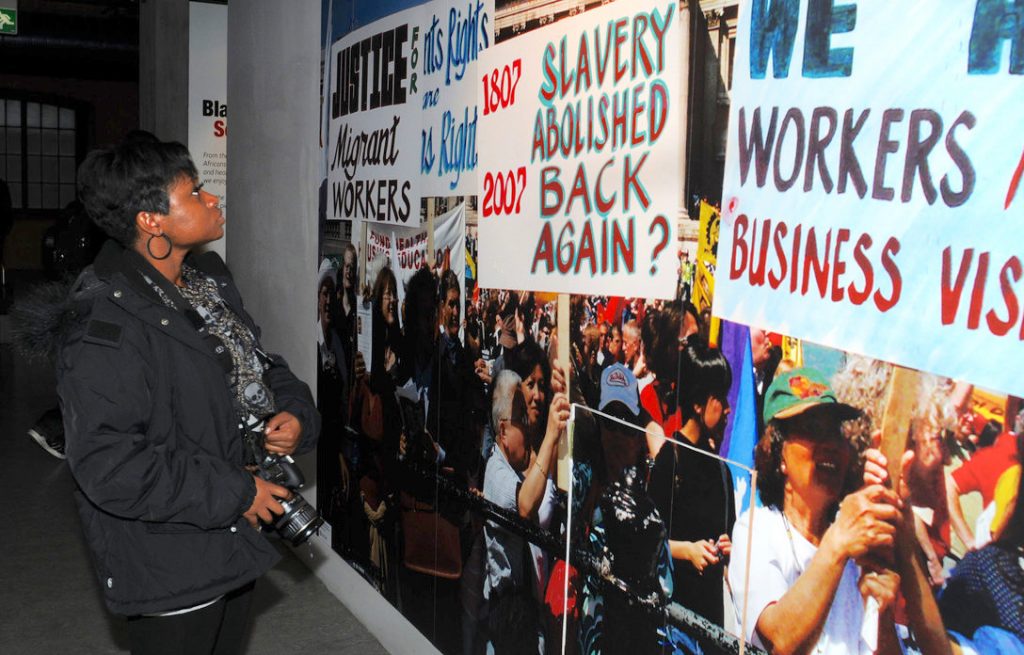 Most British people are woefully uninformed about the realities of the transatlantic slave trade. This systemic ignorance permeates all levels of British society, from school children to top politicians. The little that British people do know is focused on white saviours like William Whatever and the role Britain played in ending the slave trade. But the bad Britain did is constantly overlooked and it’s time the public were made aware.

As a Jamaican who’s been living in the UK for two years, I was pleased to see that Sadiq Khan had backed proposals by The Fabian Society for a new British slavery museum in London. Some people took offence to this on the basis of the north-south divide, arguing that southerners should just buy a train ticket and visit the existing slavery museum in Liverpool. Others are saying the museum is a waste because Britain already has all the slavery history we need. But for me, one of the most unhelpful comments was Kehinde Andrews saying the museum was “not going to have any impact on racial inequality”.

Of course no single action will end racism, but a slavery museum which shows how London uniquely benefited from the abhorrent practice is surely a step in the right direction. Pessimistic attitudes from black people within the anti-racism movement are damaging because they encourage us to accept the futility of fighting back against oppression. It’s a dangerous sort of nihilism that should be called out whenever possible.

As for the salty people pointing out that Liverpool already has a slavery museum, they’ve let the fact that people in the south have a habit of overlooking the north overshadow an issue that’s still worthy of our attention. Never mind the fact that because of poor transport links, a day trip to Liverpool to visit a museum is far out of reach for some people.

The UK needs more than one slavery museum. Almost every British city benefited in its own unique way from slavery. London had its city bankers who provided the financial backing for the whole operation. Liverpool built the ships that would then transport enslaved Africans across the Atlantic. Bristol made a killing exchanging manufactured goods for enslaved Africans. There’s not a city in the UK that I can think of that hasn’t profited from the suffering of my ancestors. The more slavery museums there are in this country, the more the public can realise how entrenched the institution was in building Britain as a nation.

I only moved here from Jamaica for university, so the entirety of my school curriculum centred around Caribbean people. This is a privilege I didn’t come to recognise until I took a module on 20th century history outside of Europe. For most of the students in the class, it was their first time studying history that didn’t centre around Europe. In comparison, I spent about three months in grade nine (year nine equivalent) learning the “relevant” European history: the industrial revolution, the Russian revolution, World War One and World War Two. All my other time studying history was focused on indigenous history, colonialism, slavery and independence. As a result of this, I’ve become the go-to person in my university class discussions to speak on race. It’s burdensome, and I wouldn’t have to do it if this country and others (ahem, the US), were honest in confronting their dirty pasts.

In 2015, David Cameron visited Jamaica. Several Jamaican politicians, from both sides of the aisle, prompted him to apologise for slavery on behalf of the British governent. His response was that we needed to “move on” from slavery. I remember hearing that statement, being 16 at the time, and wondering how the British public could be so blithe about having him as prime minister. It’s 2019 now and racism and xenophobia are on the rise in Britain, but at least now having lived here for two years I understand more about the public’s attitudes. And I believe if we’re to make any progress on anti-racism, reparations for slavery and colonialism, we have to start with public education. A museum of slavery, one which gives agency to enslaved Africans instead of white saviours, is absolutely a good move.

Britain finished paying off the debt incurred compensating slave-owners for their “losses” in 2015. Slavery and the wealth it generated permeates every echelon of the British state, and many of the country’s top universities have begun investigating how much they’ve profited from slavery and how to make amends with their pasts. The horrific past of slavery is far from behind us, so shouldn’t the British government should do the same?