Why doesn’t racism get contestants kicked off Love Island? 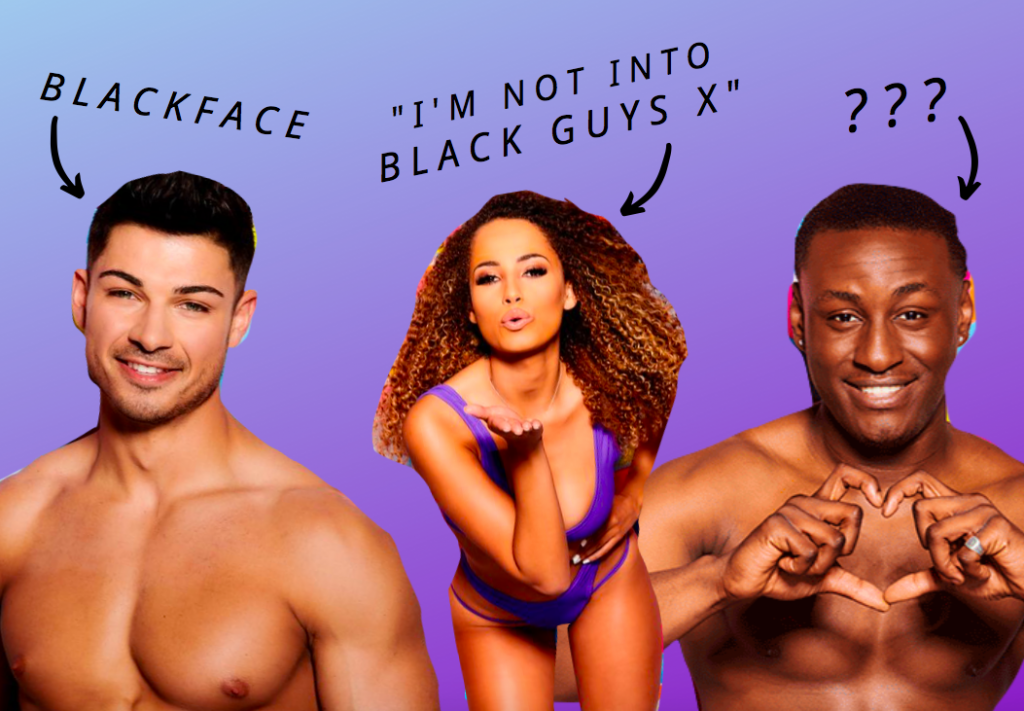 So we know Sherif Lanre got axed from the Love Island on Tuesday. But what we don’t know is what he did to get kicked off the show. This situation has turned the whole of Twitter into Inspector Gadget – it’s like trying to solve a whodunit mystery in soap-land. Quite frankly, it is driving me crazy. But what we do know is that whatever Sherif has done was enough to result in him losing his chance of finding love and being turfed away from his lads’ holiday.

But, what exactly do you have to do on TV to get kicked off a reality show? For Love Island, racism, past or present, is clearly not enough to be booted. Sherif’s fellow Islanders Tommy Fury and Anton Danyluk, were exposed for past homophobic and blackface scandals before as soon as they stepped foot into that villa, but Love Island producers seemingly only care about things that happen “in the villa”. Amber Gill was also called out for her racist post she posted of her sticking her middle finger up as a black boy approached her in the club and captioned it “first of all, I don’t like black guys x.”

While we don’t know about Sherif, we do know that there are abhorrent racist things that networks do tolerate that shouldn’t be allowed on the show. But instead, Tommy and Anton are seen as the favourite islanders, often being the centre of attention on the show. So if their racist pasts, with evidence, have resurfaced and they haven’t been kicked out, what else is deemed unfit in the producers’ eyes?

Wes Nelson has speculated it was a fight. Reality TV is very strict on aggression. Love Island hasn’t exactly been a stranger to drama but it got out of hand in the 2014’s series when Malia Arikan was kicked off the show for punching Kady McDermott in the nose and causing her face to be covered in blood. She was immediately removed from the villa and was on a flight home within the next few hours. Rightly so. This kind of behaviour deserves this ending and this led to Malia being in the villa for less than 24 hours.

Big Brother removes contestants for racism, but only if it causes enough of a stir online – for example, Ellis Hillon was removed from the Big Brother house after viewers found a string of offensive and racist tweets. If reality shows like Big Brother are attentive to when the public call out their contestants for being racist before entering the house, then why can’t other shows like Love Island follow suit?

Racism seemingly does matter to some of these reality shows. You never used to see contestants being kicked off I’m A Celebrity… Get Me Out Of Here! for violence or racism or any type of indecency against the show’s values, ethics and rules – but this all changed. In 2017, vlogger Jack Maynard was kicked out of the jungle due to the public calling him out on his racist and homophobic tweets resurfacing online. This was a pivotal moment in TV because, although shows like Love Island or Big Brother continually fail to let their contestants face the consequences, I’m A Celeb was bold enough to show Jack the door.

Although we may never find out what Sherif did – we should treat racism on par with other show rules. Let’s hope reality TV shows start being more consistent with what gets a contestant kicked off – it would frankly make reality TV better.