Why have we forgotten the Chibok and Dapchi Girls? 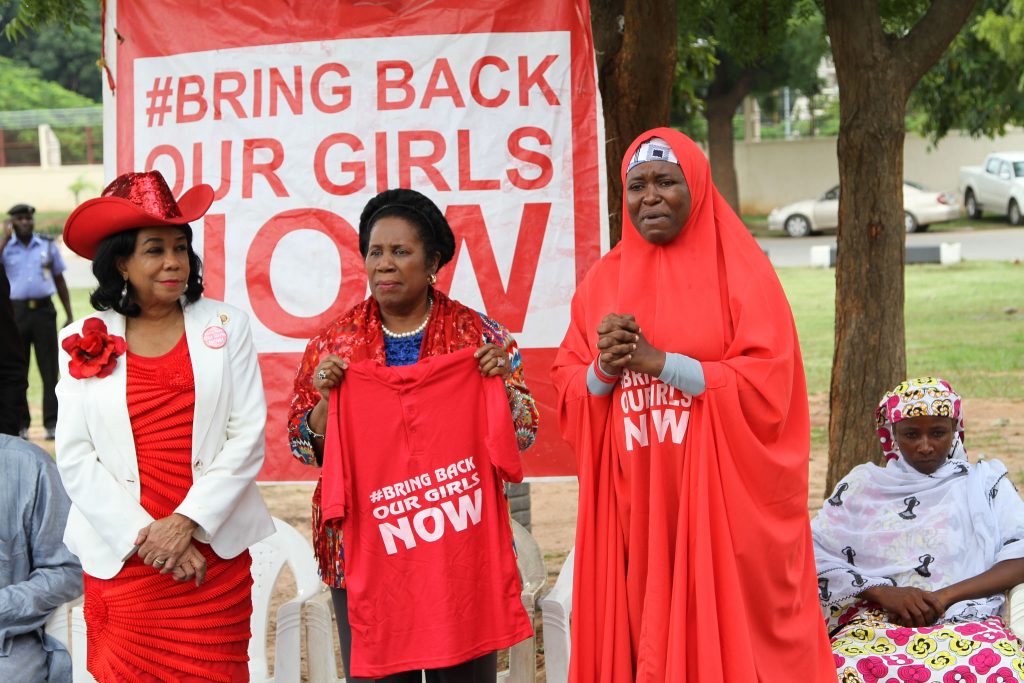 Four years ago more than 200 girls were abducted by Boko Haram from Chibok in north eastern Nigeria. On 19 February 2018, an identical incident occured, this time in Dapchi where over 100 girls were abducted by the same group. Four years since the abduction from Chibok, and just five months since the most recent incident in Dapchi, people already seem to have forgotten. Despite the Bring Back Our Girls movement which went viral and helped to bring global attention to the atrocity, hundreds of girls remain in captivity. With the recent abduction not garnering much global or even national coverage, and without the social ritual of a hashtag to sweep it into the limelight, the fear that these girls will never be found is real. Although news of the return of a 100 girls from Dapchi surfaced in March, it should not detract from the fact that there are still girls missing and only a handful of people seem to be concerned about their absence.

In paralleling the two incidents, a significant pattern emerges, reavealing what could be the source of apathy among many Nigerians – “fake news”. Following the abduction of the Chibok girls, a wave of rumours and “alternative facts” were used to coax the nation into thinking that the whole incident was a conspiracy and a hoax. Nigeria’s press has a reputation of being swayed by political parties and figures, and we can speculate whether these “facts” may have originated from the government themselves. Having experienced term after term of inadequate presidency from Obasanjo to Goodluck, it would be no surprise that in the hopes of covering up the failings of yet another presidency, the media has been coerced into printing and – with the aid of party supporters – spreading misinformation to further political motives.

People in cities miles away from the situation of the kidnappings were not confronted with the very real images of weeping mothers and pillaged villages on the local news, and even when these emerged, the impact of the initial “fake news” rumours meant that people still denied the occurrence. This time, only a week after the Dapchi girls were taken from their families, a series of news providers published articles reporting the timely escape of the girls from their captors. Although these sources have since been removed, the impact of such news on an endemically anxious Nigeria, faced with new atrocities on a regular basis, and where a slither of good news is enough to clutch onto, could be indelible.

It is this “news” that the government used to stall and delay them from leaping into action to save the Chibok girls, leaving them to fend for themselves. 57 of the girls jumped from trucks or ran into bushes, risking their lives. The years following the event were characterised by a deafening silence about the whereabouts and welfare of the girls. The lack of action by the Nigerian government to find the girls, justified by conspiracies, is an appalling way to make a nation forget about the vulnerable. It was only video footage released by Boko Haram in April 2016 that provided evidence that the Chibok girls are still alive. This news forced negotiations and military action to begin and as a result, 6 months later 21 girls were freed.

In what is becoming a twisted tradition, the Dapchi girls and the stream of fake news proclaiming their escape from Boko Haram are doomed to have the similar fate. To date, the current President Muhammadu Buhari has not made a global or national statement about the abduction, leaving the rest of the world in dark.

This is what symbolic violence looks like. Officials’ easy dismissals of these abductions can be attributed to the economic disparity between the rich and poor in Nigeria: a clear prioritisation of which lives matter. If the children of the rich were abducted, then a much different chain of events would have ensued after the first abduction, and the second would probably have never occurred. Symbolic violence is apparent through the state’s inaction which demonstrates that to them, the citizens of North Eastern Nigeria are insignificant and do not need to be cared for. Such inequality of wealth conditions the wealthy to consider the poor in a way that makes them invisible. Adopting neoliberal processes of individualisation result in a willful overlooking of atrocities committed by the  government which systematically oppresses socioeconomically deprived groups. The lack of political or collective outrage in response to the recent abduction attests to this; there has not been a revival of the Bring Back Our Girls movement and in fact the website has not been updated with any information about the Dapchi girls.

When missing cases are investigated it is custom to presume dead in absentia but this should not be the case when scores of young girls are missing and the perpetrator is not only known but whose location in the Sambisa Forest is common knowledge. If Black Panther can curate a moving scene that relocates the incident into the forefront of our minds then all of us, and particularly those of us with power and influence should be able to do the same for both the Chibok and Dapchi girls. We must not forget the violence they continue to face.