Why I binge watched Being Mary Jane in one day 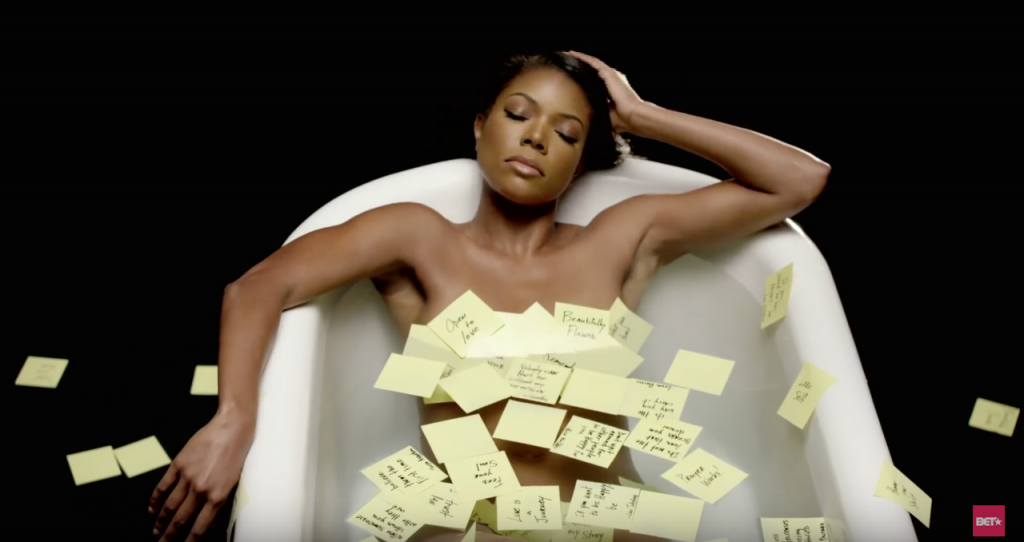 It’s been a busy time in television. What with the Emmy nominations, the final series of Game Of Thrones starting, and the announcement that the new Doctor in Doctor Who will be played by a woman, it can seem hard to keep up. Every day this week, we’ll be catching you up on what you may have missed in television so far this year. This is gal-dem’s television re-cap. .

“I was there for you, David. I’m your ride-or-die! I took you in! And I shared my house with you, so you could pour yourself into launching your website, I fed you, I did your laundry…”

I cringe to myself as I watch Mary Jane Paul launch into a diatribe detailing the past sacrifices she made to ensure that her ex-boyfriend, David, had nothing to worry about other than taking his company off the ground. Her pitch was already doomed from the beginning: hyped by her best friend Lisa, Mary Jane decided that her declaration of love perfectly coincided with David’s dinner party. She forgot to factor in his current live-in girlfriend and the plethora of guests meandering around the living room drinking wine. What was supposed to be a grand gesture quickly became a mishmash of bad jokes, backhanded compliments and mood swings.

It’s a scene that’s as memorable as it is painfully familiar, a person desperately clawing at a failing relationship, pouring out their emotions and reminiscing, promising to be more agreeable, only to be rejected and told to go home. And this is only the first season. I click the “next” button on Netflix to see how she recovers and, let me tell you, Mary Jane is hella messy. But this specific trait of hers is what makes her so relatable.

Mary Jane Paul (or MJ, as her friends fondly call her) is the main character of the BET original series Being Mary Jane. Played by Gabrielle Union, MJ is the epitome of a successful woman. Born into a wealthy African-American family as Pauletta Patterson (after her father, Paul Patterson Sr.), Mary Jane ended up being the only child of three siblings able to financially support their elderly, retired parents to ensure they could continue to have the lifestyle they were accustomed to. Introduced as a news anchor with her own segment on the fictional media network SNC, (“Talkback with Mary Jane Paul”), MJ continuously pushes the line to bring attention to problems that specifically affect the black community. Later episodes show her discussing the plight of black women, resulting in one of the most powerful lines the show can offer: “black women aren’t ugly; we’re invisible”.

The creator of the show, Mara Brock Akil, was also the brains behind the NAACP Image Awards-winning series Girlfriends. It seems her approach to translating the black community’s trials and tribulations onto media is the perfect combination of honest and unapologetic. The creative team behind the show tackles mental illness and suicide with MJ’s best friend Lisa Hudson (Latarsha Rose), a doctor whose back story reveals a balanced equation of her inner demons and her accomplishments. It puts a spotlight on the difficulties of being a gay black man in America with her coworker Mark Bradley (Aaron D. Spears) and drug addiction, as seen with her brother Patrick (Richard Brooks). Being Mary Jane also explores infidelity, incest, and infertility.

I’m not an easy audience, especially when it comes to selecting a new show to commit to. What caused me to be a quick Being Mary Jane fan was the authenticity of the pilot episode. MJ writes uplifting quotes on Post-It notes and places them all over her house, something I often do. As someone who lives by herself in a utilitarian, modern home with glass walls, MJ’s approach to home security is hilarious and old-fashioned: a wooden baseball bat. She bakes cakes at two in the morning and pretends to lose signal when her mother calls to complain about her good-for-nothing brothers. That in itself is relatable – how often has someone tried to get off the line with a parent, only to be reeled back in with another topic to wriggle out of? And the cherry on top of the icing on top of the cupcake that is the foundation of Being Mary Jane is the part where our protagonist pinches herself when she’s on the verge of tears in her workplace, a tactic I’m sure many have had to resort to when they’ve found themselves in familiar emotional places.

Of course, this isn’t the first or last TV show where the main character, a successful woman, deals with a dysfunctional family and an equally flawed set of friends, chases after a man she believes will complete her, and still manages to keep her career from declining. It’s a running theme. There’s Meredith Grey from Grey’s Anatomy, the surgical intern-turned-attending who begs her attending to “pick her, choose her, love her.” There’s Rebecca Bunch from Crazy Ex-Girlfriend, the junior associate who chose to reject her law firm’s offer to become a partner and instead uproots her life from New York to reconnect with her ex-boyfriend who lives in California. There’s Annalise Keating from How to Get Away with Murder, a married criminal defense attorney and a law professor who (spoilers ahead) has a love affair with a married cop, witnesses her husband’s murder, sets up her paramour but — stick with me here — goes above and beyond to get him out of prison by hiring her attorney ex-girlfriend (who’s still in love with her, by the way) to defend him. And the list goes on and on.

I’ve resonated with those characters before, but not as deeply as MJ. She’s something else; she’s real. I’m her when she attempted to get over her ex, familiar with the process of changing his name to “Never Answer” or “Let Him Go” as a reminder to let him go. I’m her when she reacted to a sudden declaration of love, not believing it and preparing for the worst. I’m her when she’s in the midst of a breakdown, drinking and drunk-dialing.

MJ lashes out at everyone: her family, her friends, her co-workers, and herself. She drinks so much she has empty bottles of tequila around her house and she openly criticizes her brothers’ lack of money to take care of their parents. But she also rushes to save her best friend after finding out she overdosed, drives to pick up her niece and her niece’s two kids in the middle of the night at a bus stop when the former runs away from her grandparents’ home, and picks up the role of being her neighbor’s beard when his homophobic parents visit town. The series doesn’t paint her as an angel who has no faults, they paint her as a real, unfiltered woman trying to cope with the problems life’s throwing at her.