How Kashmir Student Action is taking a stand 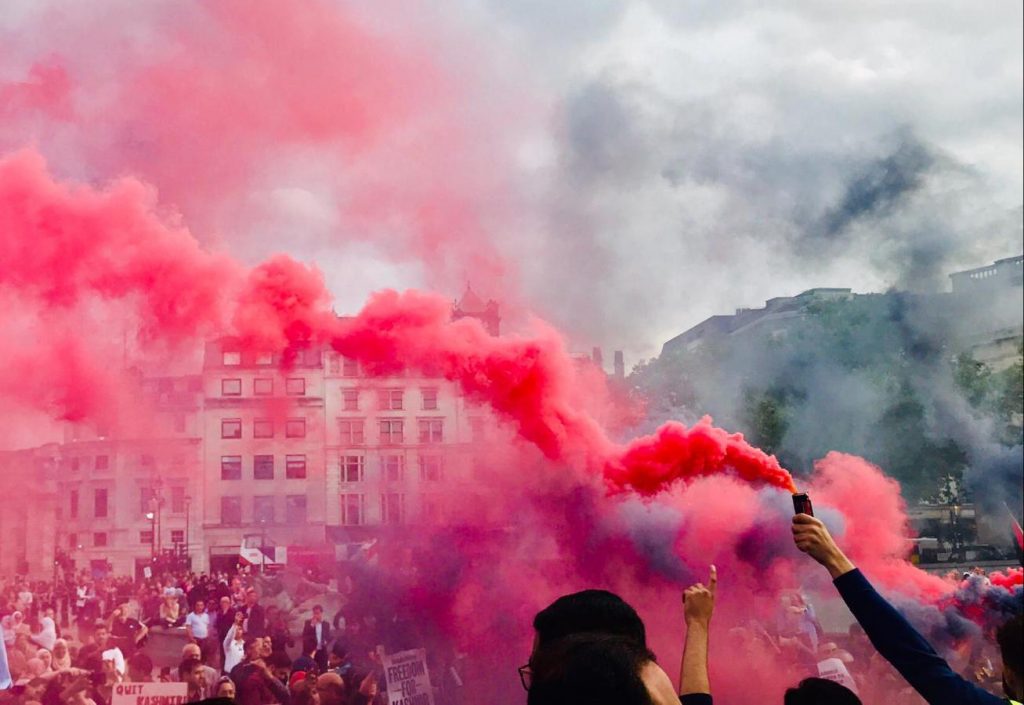 Kashmir is sandwiched between India and Pakistan, and has long been a point of contention for both countries after they gained independence from British imperial rule on 15 and 14 August 1947. After Partition, Kashmir initially opted for independent jurisdiction, but looming threats from both countries eventually split the region into two, leaving an Indian-occupied and Pakistan-occupied agenda.

Up until a few weeks ago, legislation dating back to 1947 meant that Jammu and Kashmir, which is a Muslim-majority state, maintained a scrap of political independence from the Indian government. However, on 5 August, Indian Prime Minister Narendra Modi illegally revoked Article 370, removing the last shred of Jammu and Kashmir’s autonomy. At first very few commentators were condemning the actions of Modi’s fascist government, and the silence was deafening. But soon nascent fears sparked concern over the patent miscarriage of justice that the Kashmiri people are being subjected to, and South Asian activist groups and campaigners began to band together in resistance.

Yesterday evening Kashmir Student Action, a coalition formed by a number of London student-led groups, charged through Trafalgar Square in protest. We caught up with members of the group to ask them why they wanted to show their solidarity and #standwithkashmir.

Haleema is a British-Kashmiri whose family hails from Pakistan-occupied Kashmir, and is one of the students who helped form the initial stages of the collective. I ask her why the group decided that now would be the right time to come together. She pauses, sighing with some discontent, “The Kashmir issue is one that’s been going on for 70 years now, but it’s never been quite as bad as it is now.”

Haleema isn’t wrong – in the past few weeks Modi’s government has spawned gross human rights violations upon Jammu and Kashmir. Tens of thousands of troops have been dispersed across the region, detaining civilians, activists and politicians in the wake of protests. Media black-outs and government-controlled propaganda mean that Kashmir’s internal status is currently unknown. However, recent video footage has emerged of soldiers hurling tear gas in the direction of protesters in order to subdue them, but the Indian government are sternly denying that the protest ever even took place.

The stunted communication between Indian Kashmiri people and the rest of the world means that Kashmir Student Action has a huge task in bringing Kashmiri voices to the fore. Often, public discussions relating to Kashmir can descend into polemical chaos, with pro-Pakistan or pro-India strong-arming their nationalism into the conversation.

Haleema claims events including the Sudan massacre and a series of genocides along the Gaza strip, all need to be treated as similar breaches of human rights violations so that we can collectively learn from our histories. “It’s a really nice slogan to have, ‘don’t let history repeat itself’ – but how often do we let it?”

Mudasir is an Indian-Kashmiri PhD student, and he hasn’t been able to contact his family since the communications blackout. “In the last ten days I haven’t had a chat with my mum or my dad, I didn’t know what they were doing on Eid.” Whilst Muslim members of the population were able to observe Eid al-Adha on 12 August, the main mosque in the capital of Srinagar was closed off. For Mudasir, Modi’s mistreatment of the Kashmiri people hits close to home. “When you’re doing something with [Kashmiri peoples’] future, you’re playing with their livelihood, you’re playing with their identity, you’re trying to engineer a demographic change to the place.”

Another student from Indian-occupied Kashmir, Mehroosh, is particularly keen on bringing media attention to the voices of local women within Jammu and Kashmir. Even though the Indian government’s political assault on the whole of Kashmir is flagrantly unjust, Mehroosh stresses the need for a clear understanding of which members of the community are most affected. “It’s not just about Kashmir, it’s also about the patriarchy and Indian male chauvinism against Kashmiri women, and how problematic that is, and how very few Indian feminists are calling that out. What kind of feminism is that?”

The gravity of the protest in Trafalgar Square is immense. Orange, white and green Kashmiri flags fly from the crowd, with grandparents, young children and everyone in between fiercely chanting “AZADI!”, a Persian proverb for freedom that has slipped into Kashmiri tongue.

Speakers from supporting groups, including Kalpana Wilson from the South Asia Solidarity Group, expressed their spirited camaraderie with Kashmir, advocating Kashmiri people’s right to “self-determination”. It was encouraging to see an intergenerational gathering of protesters engaging with Kashmir Student Action. Whilst demonstrations like these might seem like small bursts of activism, they aren’t insignificant. Each moment of resistance illustrates how members of the South Asian diaspora are positioning themselves as allies, standing with their peers amidst violent political unrest.