Cameron should tackle Islamophobia, not English 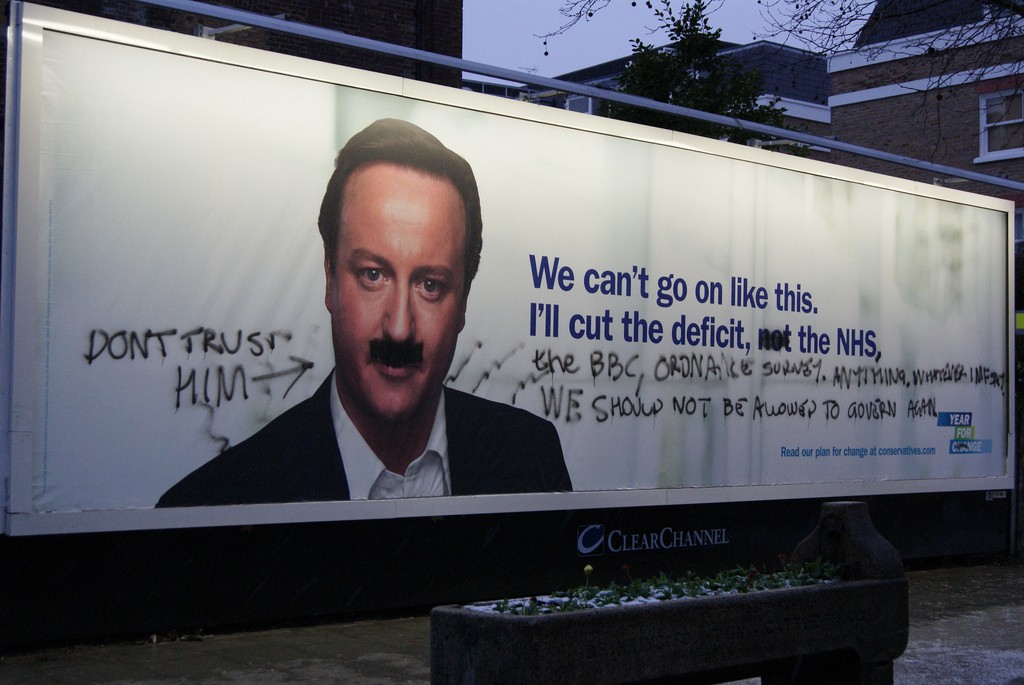 Over the past two days, David Cameron has caused considerable controversy by suggesting that the government needs to help Muslim women learn English, in order to ‘integrate’, create ‘One Nation’ and ‘combat radicalisation’. That’s an awful lot of pressure on these poor, oppressed, illiterate Muslim women.

Sarcasm aside, in Cameron’s piece – self-righteously entitled “We won’t let women be second-class citizens” – he explains how Muslim women are supposedly more oppressed than other women in Britain. The only truth he drops is that Muslim women are subject to Islamophobic hate crime. What he fails to note, however, is his own government’s complicity in the rising Islamophobia during his time as Prime Minister. In fact, he takes very little responsibility for any of the material factors which affect ‘integration’.

There is no consideration of the research which proves that Prevent, policing and secret services are directly complicit in radicalising youths. Ironically, according to MI5’s report on radicalisation, the marginalisation of Muslims through social, political and economic means (including through opinion pieces unfairly attributing problems to a specific religious group, Cameron) are the primary factors. This sentiment was echoed by an open letter penned last year by a number of academics and others.

@halimahmanan @galdemzine not sure why he's alienating a RELIGION for a language issue. Well we all know WHY, but really?

@halimahmanan @galdemzine he could have appealed to simply helping those who don't speak English…speak English.

Regardless, Cameron blames “passive tolerance” for a lack of integration thus far; the “flawed idea of separate development”, allowing ‘parallel communities’ to exist rather than One Nation. But surely capitalism, a system which thrives on inequality and a system whereby only a select few have power and exist in a culture completely separate from other citizens (for example, by living in gated communities) enables ‘separate development’ more than a group of Muslims who haven’t been able to learn English? Surely Cameron, himself, is an example of the product of separate development as a wealthy person, who attended Eton and the University of Oxford.

Apparently not. It is clear that such criteria for separate development only applies to Muslims and migrants.

Apparently, the real culprit in all of this are Muslim women who don’t know English. Who probably weren’t able to learn English, not because they’re all slaves to their husbands, brothers and fathers, but because, as Green Party leader Natalie Bennett aptly pointed out, the funding for migrants’ English lessons was slashed in 2011. Beyond this, if 190,000 Muslim women (including my mother) are getting by without knowing English, why is this a problem? Does their lack of knowledge of English really mean that their children will become radicalised?

My mother is a stay-at-home mum, she can understand English but doesn’t speak much, and she is – as is the mother from Cameron’s completely baseless anecdote – from a village in Pakistan. However, she has five children, all of whom have managed to remain unradicalised. Why? Whether someone is radicalised or not does not hinge upon whether their mother knows English.

Despite David Cameron’s lack of factual evidence to support his claim that Muslim women’s English literacy will combat radicalisation, he persists. Now, after the Conservative government slashed the funds in 2011, Cameron will generously produce £20 million to let them learn English. Or face deportation. As he so eloquently put it: “We” – who ‘we’ is, is not clear – “will now say: if you don’t improve your fluency, that could affect your ability to stay in the UK.” Though, whether Britain is bombing the country you’re being deported to clearly hasn’t quite crossed Cameron’s mind.

Among some paternalistic references to the “appalling practices … FGM and forced marriage” (which are clearly only Muslim issues, which Muslims are doing nothing about), Cameron also makes vague reference to: ‘British values’; how women’s success is “celebrated” by Brits (no mention of MRAs); and how 60 percent of Pakistani and Bangladeshi women are economically inactive. Has he never heard of stay-at-home mothers? Or the idea of multi-culturalism, considering Pakistani and Bangladeshi women aren’t necessarily Muslims? No. How about that, according to the 2011 census, just under half of the Muslim population lived in the 10 percent most deprived local authority districts. Maybe, just maybe, the reason for economic inactivity has more to do with a lack of access to jobs.

At the end of the day, those ‘poor, oppressed Muslim women’ are not the problem and have never been. The Conservative government’s policies and the heavy policing of Muslim youth are the most significant barriers to a properly integrated ‘One Nation’. Although Cameron may know how to mince his words, we can see past his false paternalism; it’s time to stop scapegoating Muslims and start taking responsibility.