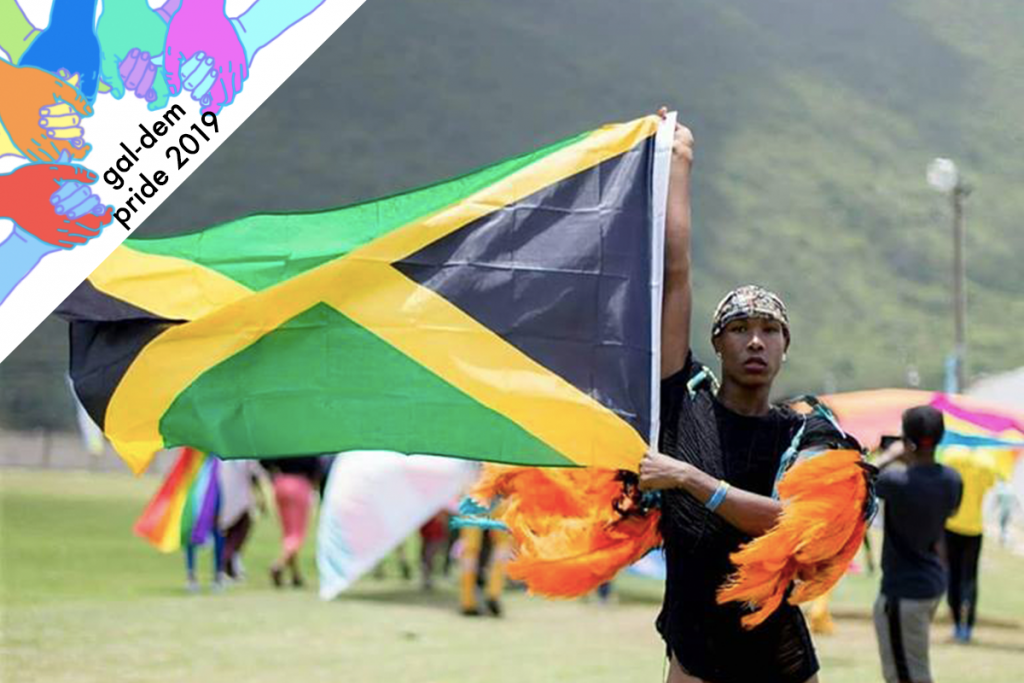 When the first public Pride in Jamaica took place in 2015, less than one hundred people attended. Now, the event has grown beyond what I could have imagined. PRiDEJA represents the ways in which Jamaican LGBTQI+ people can claim space and support each other. It affords us opportunities to live without separating our sexuality from what makes us Jamaican. As one of the organisers, I’m so proud to see what it has become.

Pride is about us claiming our birthright. It is important because it entitles us to the rights and services of any other person in the country, such as non-discriminatory healthcare.

“For some, it’s the one time they have the opportunity to socialise, date and to be affectionate with their partners”

So what does Pride in Jamaica look like? It’s a celebratory week of community centred events for the Jamaican LGBTQI+ community to participate in, curated with an intersectional approach. This means that spaces are accessible, irrespective of socio-economic status. There are free events, low-cost events, events for people who are of faith, academics, party-goers, and sports fans, and people living in rural areas are provided with transportation. On average, the week of activities attracts up to 5,000 people from all 14 parishes in Jamaica with at least one or two events happening outside of Kingston.

LGBTQI+ people struggle to be visible and live in fear of being outed to their families. They also lack access to friendly, safe spaces to socialise in. Pride allows community members from these areas a week to be their truest selves without, for instance, having to be conscious of “acting too gay” in public. For some, it’s the one time they have the opportunity to socialise, date and to be affectionate with their partners.

Sports days are some of our fondest memories from school, so we took that concept and made it inclusive and gender-neutral. Beach trips are usually grandiose affairs for families, communities or church groups, so we brought busloads of people together for an afternoon of revelry. Breakfast parties have developed as a newer way for Jamaicans to enjoy food, music and “dash out” at the same time, and PRiDEJA has its own glorious edition.

“There has been a bit of change in dancehall, and having artists openly attending Pride is a perfect example”

Importantly, since 2018 we have intentionally begun to close the gap between dancehall and queerness by curating spaces in which the two can positively exist. There has always been a very traumatic relationship between dancehall music and LGBTQI+ people because of the homophobic lyrics typical to the genre. Dancehall music was something our community was told they could not enjoy or participate in.

We have intentionally include dancehall performers in our programming so we can begin to heal. At our last PRiDEJA breakfast party, history was made when we had our first dancehall artist headlining. The performance gave LGBTQI+ Jamaicans hope for what is possible when we claim space. Having dancehall artists openly attending Pride is a perfect example of a small change we are seeing in Jamaican culture.

Pride in Jamaica in 2019 has continued to reaffirm, empower, embolden, heal and make us laugh. It is preparing us to play our part in creating a better tomorrow. The shockwaves of Pride celebrations will be felt for years to come as more and more LGBTQI+ Jamaicans take their rightful place as equals beside their cisgender and straight siblings.