Nao steps into her light: ‘Fame isn’t something I aspired to, but I knew it would be important to be seen’ 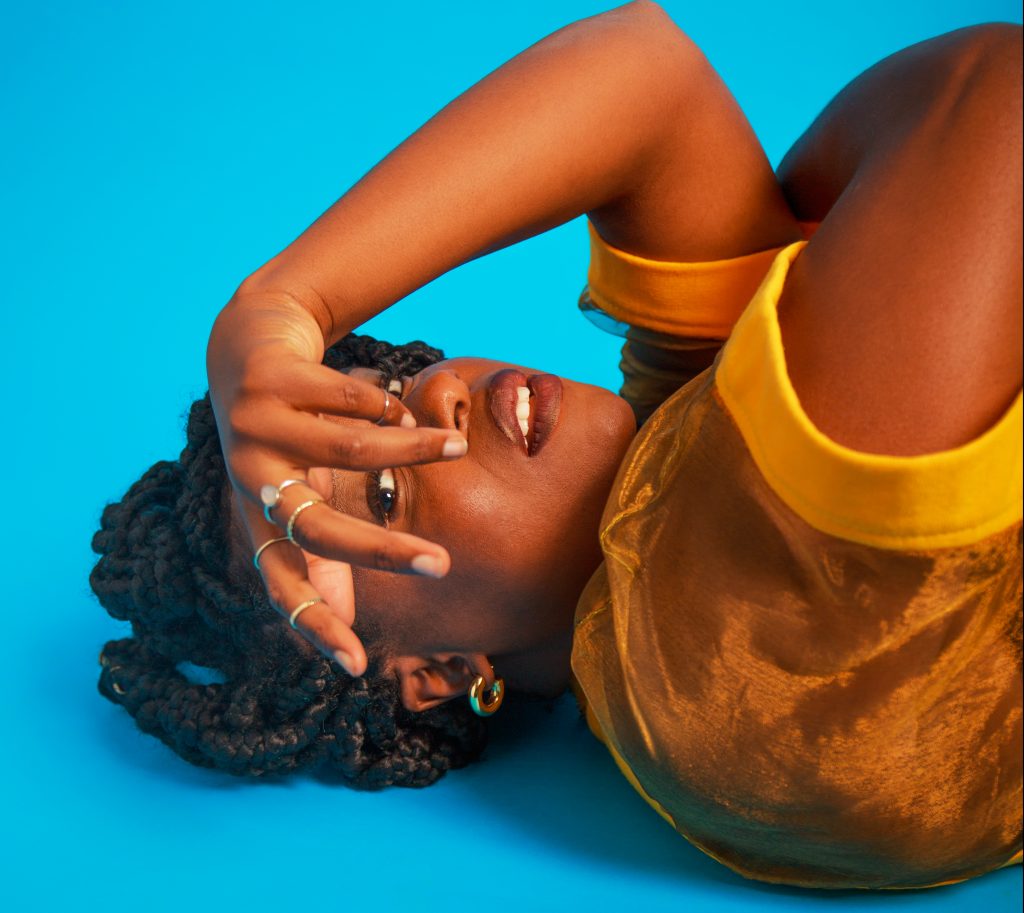 There lies a cosmic rite of passage within horoscopic astrology, an orbit that signifies a lapse in time, in growth and in emotions. Every 27 to 30 years, Saturn completes its orbit around the sun, quite literally returning to the position it was at your birth. As well as signifying the passing of time, it brings with it challenges and lessons to navigate the turbulence and never-ending expectations of “proper” adulthood – your thirties. Saturn, also the title of her second album, has indeed returned for Nao, and she’s finally ready to share the moment with the world.

Nao speaks to me from her cosy north-east London studio, tucked away from the bustle of the high street. This hideaway lies a world away from the leafy suburbs of Woodford, her childhood household that boomed with gospel, garage and grime not only brought the big family together, but inspired Nao to grow into her own and influenced the artist that exists today. But it wasn’t the melodies or beats of E3’s finest grime exports that influenced Nao. It was rather “because it was so unapologetic and raw”, and refused to be boxed in or emulate the popular US hip-hop scene at the time.

“I understand that people need boxes to help them understand you as a person, so if you’re a black girl, you’re instantly boxed as an R&B singer, but that’s something I didn’t want for myself”. Her refusal to stick to one genre ultimately created “wonky funk”, a mash-up of influences traces Nao’s life, from studying vocal jazz at Guildhall, to working as a gospel choir teacher and later on as a backing singer.

Upon reaching chart success in 2014 with her debut EP So Good, all the way to her critically and commercially acclaimed album For All We Know in 2016, you’d be hard-pressed to find a face to match the sweet, soulful voice that garnered a BRIT nomination. Instead, Nao chooses to let her music do the talking, rejected the opportunity to bask in the bubble-gum packaging that her talent afforded her. Her previous cover art has included shadows, hands – anything but her face. In an age where musicians are seen as public figures, Nao chose to make music, and just music. That’s changed with her sophomore album.

The decision to come out so publicly, as seen on the cover art for Saturn’s lead single, ‘Another Lifetime’, was not an easy one for somebody that treasures their privacy. But representation was more important. When a teenage Nao was struggling between pursuing a legal career or following her heart for music, sparse representation in the music industry made it difficult. “I loved music and I wanted to be a musician but I couldn’t envision that because everybody that I’d seen on MTV didn’t look like me,” she explains. Her conscious decision to shed the air of secrecy stems from wanting to give black aspiring singers somebody that they could imagine themselves as. “Fame isn’t something that I aspired towards but I knew that it would be important for me to be visually seen”.

Defining what it means to be a musician on her own terms led to the founding of Nao own label, Little Tokyo Recordings. Aside from her debut EP, Little Tokyo has released music from up-and-coming artists Tom Tripp and NARX, who Nao refers to as “talented people from around the way”. Their releases reflects the ‘wonky funk’ aesthetic of Nao herself, ranging from electronic, to R&B and everything in between. Shunning the usual label structure, Nao prefers to think of Little Tokyo as a “platform for potential” where artists of all types can hone their craft and elevate themselves.

A love of music in all its forms has led to work with the charity Key Changes. “I think of my voice as a tree, that has allowed other branches to grow,” she tells me. One branch is working for the mental health charity that uses music as a form of recovery to heal from mental health problems. With Key Changes, Nao wants to help people to “express themselves through their voice in any capacity”, and hopes music can serve as a release.

Now Saturn has completed its orbit, Nao has had time to focus on her own music and presents her album, a bold new step that sees her step into the light, flaws and all.

Saturn is the Roman god of liberation, and where Neo Joshua was a secret for family and friends, and Nao the singer a solely public offering, there are no more secrets.

Determined to stay out of the shadows, Saturn conveys her feelings on when things “fall apart” and you have to rebuild a life without someone who played a huge role in it. Saturn is a release for Nao as much as it is a discovery for the listener, an open letter to a former lover and best friend, as well as to all those that have gone through the ups and downs of heartbreak.  The inexplicable loneliness of performing in front of thousands onstage and travelling the world from hotel room to hotel room is hard to capture, but her latest single Make it Out Alive featuring Top Dawg’s SiR certainly tries. “I know we been here before/ Cursed you out and then you haunt my shit and leave me furthermore”.

﻿“Healing is freeing, and the openness of the album ultimately aims to empower and empathise with everyone going through their own major life changes”

Each track documents a step in the journey of a loss, from the hopeful regret of ‘Another Lifetime’, to the angry darkness of ‘Make it Out Alive’, ending on the “epic, James Blake-esque song of gratitude”, ‘A Life Like This’. Sonically, the album ventures into new territory. ‘Drive and Disconnect’ draws on percussion-heavy Afrobeats influences while the influence of Kendrick Lamar gave Nao the space to express and exercise different characters in her rapping debut on ‘Orbit’.

Saturn is more than anything a process of healing to help others through their own Saturn Return. Healing is freeing, and the openness of the album ultimately aims to empower and empathise with everyone going through their own major life changes, even if that includes, as she puts it, “something as different as quitting your job and packing up to New Zealand!”

And for Saturn’s next return in thirty years? Nao tells me she “never stops writing”. With touring and an established audience eager for more music, it seems as though Nao’s orbit will never stop.

Saturn is out now on Little Tokyo Recordings. You can listen now on Spotify.