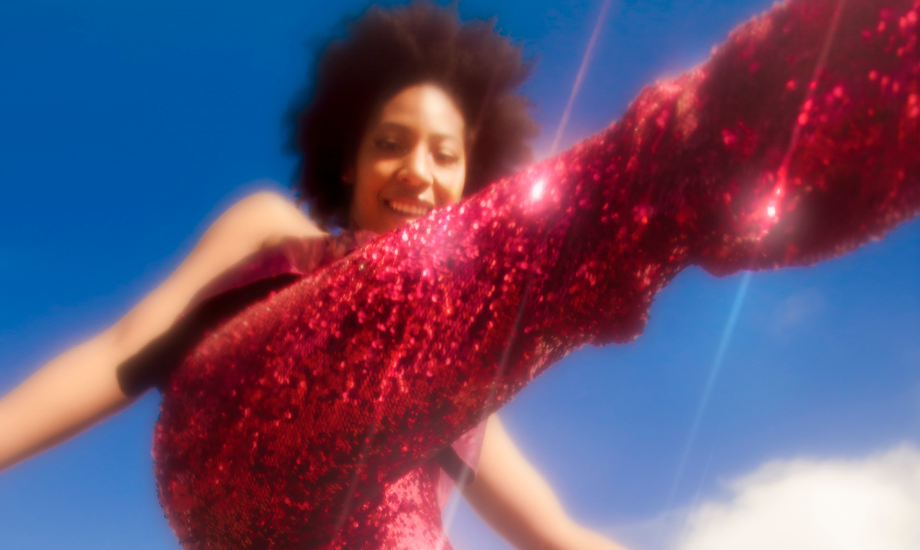 2020 has been… a year. It can be hard to find joy amongst the chaos. But as I’ve listened to Demae’s solo debut album Life Works Out … Usually, the introspective lyrics paired with the soulful jazz-infused sounds have soothed me into a state of calm and acceptance.

Demae is a London-based Nigerian-Jamaican singer, songwriter and producer and her style does not easily fit into boxes. To long-term fans, she is known for her imaginative covers on Soundcloud, from André 3000 to Minnie Ripperton (if the latter was still alive, Demae tells me she would love to be a fly on the wall and watch her work).

Speaking over the phone, Demae’s warm voice is calm and grounding. And just like how the joy presented in her album is contagious, her laughter is too.

When we speak, Demae has recently turned 28 (yes, that does make her a Leo). Her debut solo album Life Works Out … Usually, out earlier this year, narrates a pivotal journey between the ages of 24 and 25. As a 24-year-old myself, her messages struck hard. That said, her album can nurture and empower all listeners regardless of age. Her music feels a comfort to anyone going through a transition curve in their life – which, let’s face it, we all are right now. The eight-track album reflects the non-linear process of going from a dark space to a light one.

“Her music feels a comfort to anyone going through a transition curve in their life – which, let’s face it, we all are right now”

Growing up, Demae didn’t actively seek out a career in music but it has always been a part of her life. At her grandma’s and mum’s house, Igbo music would often be playing. Listening to these sounds influenced her rhythmically, but it was her dad’s work that impacted her first: “My earliest memories of music were my dad, he was a producer,” she tells me. “He used to take me to the studio and I soaked in music around me. The same with my uncle who was part of a group called 4Hero.”

As Demae got older she started singing for fun and making music for herself. The first album she purchased was Machine Dreams by Little Dragon. “I recorded covers of Amy Winehouse and stuff like that,” she recalls, “A friend found one of my clips and showed it to these two guys who I ended up being in a group with – Hawk House – and that’s how music started for me.” During Demae’s Hawk House days, she was known as Bubblerap. The trio were considered “hip-hop adventurists” and earned fans from Mac Miller to Jill Scott.

A theme on her new record is that of life lessons. I wonder aloud what Demae learnt back when she was in the group. “It can be quite easy to follow everyone else – especially during the current days of social media,” she says, “Remaining yourself, working with them, it really helped me to remember [the importance of] that.”

Demae’s transition to this solo project happened organically. “I was just documenting things that had happened to me,” she says, “I never had the intention of ‘oh I’m gonna make this a project’. Once I put all the tracks together it just naturally became a body of work.”

The album, she tells me, is shaped from a particularly devastating period of her life. “My grandma passed away and there was loss of friends as well. My whole circle changed drastically. I experienced falling in love. Self-empowerment. Understanding who I was as a person, joy and peace as well.”

When I ask if Demae picked up any new skills or hobbies during lockdown, she tells me how she tried to learn her native language, Igbo. She’s been to Nigeria twice, she says, both times for funerals. I am reminded of my own Moomies’ Caribbean funeral and those I have seen of others. We start talking about customs surrounding death outside of the West. “There was a lot of joy,” she says, “I liked the fact that they celebrate life there. They held the coffin and danced with it down the road like a parade.”

Demae’s favourite track from the album at the moment is ‘Ford’. The song ends by paying tribute to lessons learnt from her grandma: “[She] used to tell me about being grateful for the things that you are blessed with. And for the things that you take for granted: waking up in the morning, having sight… she always used to say ‘use what you have’. I think I get it now.”

The track transitions seamlessly into ‘Use It’ which is an uplifting song about the power of one’s own mind. “It’s about empowerment and encouraging people,” she says, explaining why she put the song in her recent music video along with her track ‘Stuck in a Daze’. “I really wanted to show two sides of the project – ‘Stuck in a Daze’ is a song that everyone can vibe to. But then, ‘Use It’, I felt it was important to put that in, especially during these times.”

The album features appearances from London-based artists like Ego Ella May (“who I’ve been a fan of for a very long time”), Fatima, who Demae has been backing singer for over the last three years, Joe Armon-Jones (“an amazing pianist”) and harpist Nala Sinephro (“also amazing”). “I was really humbled to work with them all,” she tells me.

These times are uncertain for everyone, but the lives of performers have changed in every way. “It’s nice to know that people are open to listening to music. Everyone is sitting with music and really listening to it,” she says, “But the strange thing is not performing to humans in the flesh. That is a vital part of the music of course. That’s the only downside. But maybe it isn’t a downside? Maybe there’s another way of looking at it.”

Even when talking about challenges, she approaches them in an open-minded way – it is refreshing. She has been inspired by Erykah Badu’s live platform and how she lets other artists use it. “I feel like those are really cool things that maybe wouldn’t have happened if this whole situation didn’t come about.”

“I do feel like living in the West, they encourage us to want more things all the time…But just really appreciating the things I do have has been giving me joy”

On what has been bringing her joy during these overwhelming times, she tells me, “It’s just the really small things. Meeting up with friends right now, it feels more wholesome. There are rules and restrictions, but now that we can see each other, we’re all appreciating it more. Honestly, just waking up in the morning and being like, ‘okay, I’m still alive, I can still do things’. That’s been bringing me joy,” she says.

“I do feel like living in the West, they encourage us to want more things all the time. You need to be here by the time you’re this age and have this and that. But just really appreciating the things I do have has been giving me joy during this period as well.”

Life Works Out … Usually offers an authentic look at accepting the nuances of life. There is loss. But there is power and peace as well. Before our call comes to a close, I ask Demae about black joy in current times.

“During this period, it has been nice to see black joy really celebrated,” she says, “That is something that we should all hold onto. I don’t think black joy can ever be taken from us anyway. It’s a part of who we are.”

Demae’s ‘Life Works Out…Usually’ is out now via Errol and Alex Rita’s South London-based label, Touching Bass – you can check it out here.