Our obsession with ‘hygge’ helps to mask institutional racism in Denmark 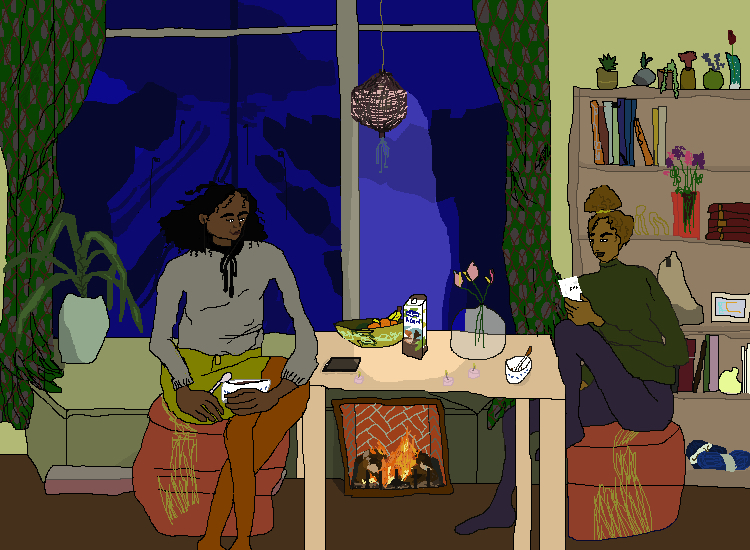 A wave of Scandinavian obsession has hit the British Isles once again: from crime dramas, to Acne Studios and IKEA, exports from our North Sea neighbours have found a home in the hearts of those in the UK, and now it’s time for hygge (pronounced hoo-gah).

The Danish concept of hygge – its closest translation into English being “cosiness” – has can be found on bookshelves all over the country, and a quick Google search of the term generates endless titles published in the last year, including The Little Book of Hygge: The Danish Way to Live Well and The Art of Hygge: How to Bring Danish Cosiness Into Your Life. As an idea and lifestyle hygge seems pretty harmless, it encourages people to take time out of their day to enjoy the little things in life, make a soothing mug of hot chocolate and snuggle up in warm knits in front of the TV – or a log fire if you want to stay true to the Danish aesthetic.

Therefore, it comes as a surprise to people when I inform them that, having been born and brought up in Denmark up until the age of 11, my parents decided to start a new life in London. “How could they leave Copenhagen?” they ask – the thought of the city conjuring up ideas of a socialist utopia where higher education is free of charge, the healthcare is excellent and the housing abundant.

What they don’t realise is that institutional racism in Denmark is just as much a reality as it is in the UK. An ethnically homogenous island up until the latter part of the 20th century, Denmark has recently experienced rapid immigration, with large African, Middle Eastern and Asian communities establishing themselves in major cities.

However, this did not change much in my parents’ experience as Somali immigrants. Stories of people refusing to sit next to my grandmother in waiting rooms, gawking at my mother and her friends as they spoke their native language on public transport, and my father’s co-workers asking him if he lived in a tree in Africa are common in my family. Unfortunately, my own experience of growing up black in Denmark, though a decade apart, is similar to that of my parents. One of the most vivid memories from my childhood was being told by a white counterpart that I could not play with her on the tire swing at nursery because I was black, and a few years later, at school, having teachers tell my parents that they were surprised that I spoke Danish so well, despite having been born there.

“The anxieties of ethnic minorities in Denmark has only increased in recent years, with rising support for right-wing, anti-immigration politics, and a growing hostility towards people of colour.”

These stories, and many more shared among ethnic minorities, prove that Danish “cosiness” is a notion that is not extended to those who are black or brown – those who are considered ‘not Danish enough’. I also find it difficult to comprehend that while Denmark ranked at the top of this year’s UN World Happiness Report, it also had one of the most hostile responses to the Syrian refugee crisis of any European country. I’ve come to accept Denmark as a country of contradiction – famed for its world-class restaurants and environmentalism on one hand, and shrugging its dark colonial legacy under the carpet on the other.

Since moving to London, I have met many other ex-Danes who now call the capital their home, and their reasons resonate with my own. For many of us Britain was a shining example of true multiculturalism at work, and we found ourselves fitting in seamlessly among the many other black and Asian communities here. With as many as “three million new arrivals to England and Wales since 2001”, there are a multitude of reasons why ethnic minorities in continental Europe have decided to leave the countries that once took them in as immigrants. Nevertheless, the most common rationale is that of opportunity, or lack thereof.

Many migrants feel that countries like Denmark, Norway and the Netherlands, touted as “inclusive” and “liberal”, are most often not. The anxieties of ethnic minorities in Denmark has only increased in recent years, with rising support for right-wing, anti-immigration politics, and a growing hostility towards people of colour. Ultranationalist sentiments are rearing their ugly heads and the Danish People’s Party, known for its brazen Islamophobia, is quickly becoming the biggest party in the country.

I am never one to be averse to cultural borrowing, especially when it’s done in an inoffensive and respectful way, but I can’t help but cringe whenever I take a walk through the aisles of a Foyles or Waterstones only to see shelves decked out in Scandinavian paraphernalia. It’s hard to tell whether hygge it is just a consumerist fad helping to take our minds off of a bleak, post-Brexit London, or a genuinely useful way for the people of Britain to adopt the positivity of a hugely successful nation.

So, while households nationwide bask in the newest, shiniest continental craze, those of us who have experienced both the cosiness and inhospitality of Denmark will just have to be left half-bewildered and half-amused by this new fixation on a country we left behind long ago.

Afro Answers: why you should be rinsing your braiding hair and how to pay your hairdresser fairly