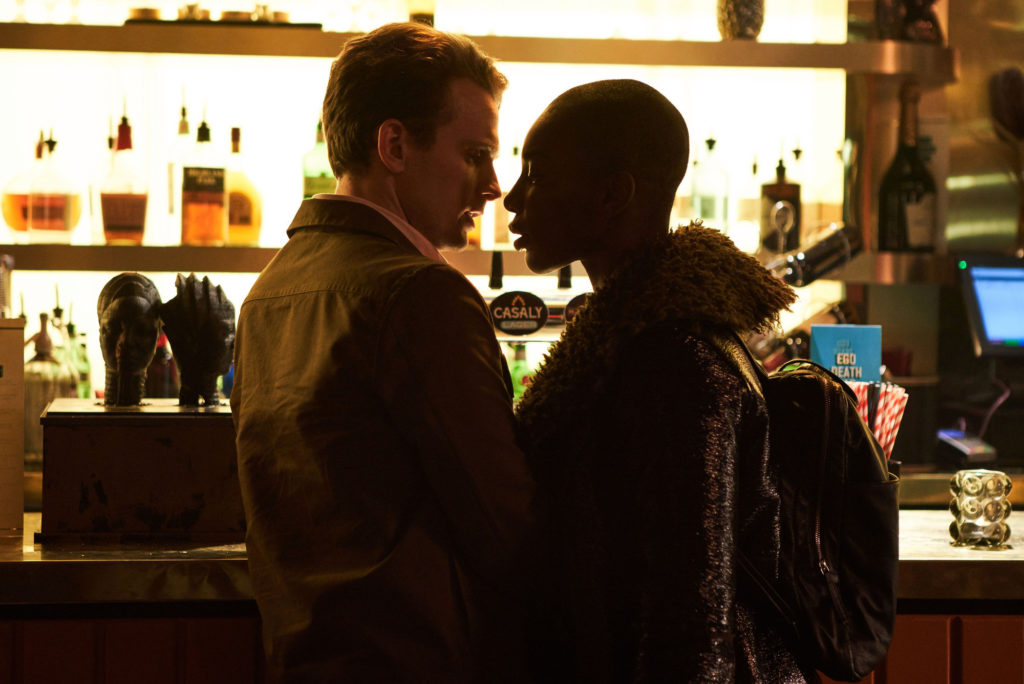 Ok, hear me out… the final episodes open up questionable discourse around LGBTQI+ identity, cancel culture and rapist redemption.

Trigger warnings: mentions of rape, sexual assault and other trauma

I May Destroy You (IMDY) was inchingly close to being the show it could have been. For the first five weeks of its broadcast on iPlayer, no other pop culture phenomenon graced my lips. Hour after hour my friends and I pinged messages back and forth, enthusing about this groundbreaking new offering from Michaela Coel, so refreshingly committed to depicting the nuanced terrain of sexual assault in a way that I had never before seen on primetime TV. This was a show that didn’t bat an eyelid at hosting a majority black cast. The characters weren’t drawn simply to orbit race-based plotlines, for here was our oh-so-real protagonist, Arabella, as messy as she was three dimensional.

It was a revelation. We, the British public, were finally being presented with programming as subtle and stylish in its depiction of what it is to be a black millennial (a little documented crosssection of society) as it was in its soundtrack (featuring names such as Janelle Monáe and NAO) and in the conversations it was reimagining. The actors were perfectly cast, with Terry, Arabella and Kwame’s chemistry fizzing on screen, as real as if we were witnessing a doc on real life mates navigating what it was to be young and striving in the capital.

However, when those long anticipated final few episodes of the series dropped, what can only be described as a malaise of baffled disappointment settled upon me. A series that started out on such a powerful streak, interrogating the complexities of consent through a variety of usually rarely illuminated prisms, including the topic of stealthing or the privacy of metropolitan gay men’s hook up culture, was gradually unveiled as a vehicle for expressing something entirely different, namely our descent as a society in to a toxic and pervasive cancel culture. Through a series of character inconsistencies, and multiple endings, the scenes which I had previously taken power in were flooded with a different light.

My first inkling that perhaps this wasn’t all that had been preempted in a show about consent, race and sexuality, arrived with episode seven. Theo, the sexual assault support group leader and former school rival of Arabella and Terrys, confesses during Terri’s birthday party that she had sought Arabaella as a potential recruit to Happy Animals (a new vegan food service) in order to attain a higher commission fee, as the company paid more for non-white recruits and that Arabella had, in fact, been used for commission due to her blackness without her knowledge. Instead of responding with outrage, Michaela’s character reacts by placating Theo’s guilt with the reciprocal information that when she was a child she had dobbed Theo into the teacher for an indiscretion that Theo had sought to keep hidden. In sum, in the eyes of the show they reach a happy equivalence, they are the same and both guilty. The scene ends and the two are equals, having both committed apparently major indiscretions.

It is at this point that we get the first clue that there may be an agenda at odds with the superficial appearance of the show. Where we expect a negative reaction from Arabella, instead we witness a false equivalence between the structural injustice of calculatingly using the race of a friend to profit and the individual (and much less violently systemically detrimental) injustice of “telling on” a schoolmate to a teacher. The microaggression committed by Theo is informed by structural white privilege, the act by Arabella informed by individualism and naivete and yet here the scriptwriting renders them on a par. Their two wrong doings are held up as equal. “We all make mistakes,” Michaela seems to be saying. “Why are racist mistakes so heinous?”

Michaela’s dismissal of this subtle distinction is reiterated in the penultimate episode: “Would you like to know the sex?” where we see the brief return of the disgraced Zain, who raped Arabella in episode four. Zain, depicted as sympathetic and well-meaning, and even unimposing in body language – standing with a slight stoop outside the bar, offers to help Arabella finish the book and she accepts in an unexpected opportunity for Zain to atone for his past “mistakes”. There is a question of whether the previous scene in which Zain’s demise seems so enormously empowering is actually a condemnation of how we as a society – no matter the level of the wrong-doing – are too quick to decry someone as irredeemable.

Michaela’s skepticism at the value of this very internet-based mode of behaviour is reinforced throughout episode nine, which warns against the deifying allure of spaces like Twitter and Instagram. The episode, which sees Arabella in a number of scenarios that demonstrate her increasing dependence on online validation as her personal life falters, reads as a warning against the perils of social media.

Once again, we the audience are provided with an equivalence between structural racism and individual immorality in episode nine where Kwame has sex with a woman for the first time as a coping mechanism to deal with his recently experienced sexual trauma. The inconclusivity of his storyline seems to suggest that the showmakers consider both he (who conceals an aspect of his sexuality, a common practice for queer people who exist in an unpredictable and hostile environment upon sexual revelations) and her as alike in their crimes. It is she that fetishizes him significantly, making clear her predilection for black men, but it is also her who has the final word upon their last meeting. Once again we see race and personal wrongdoing described as on a parr in their narrative telling.

The conversation around cancel culture has never been at more of a fever pitch than it is right now. This 21st-century offshoot of the freedom of speech conversation is the latest incarnation of the early noughties political-correctness-gone-mad frenzy that has dominated cultural discourse for the last two decades. Just last week JK Rowling co-signed an open letter alongside 150 high profile signatories denouncing “the restriction of debate”, and citing “a blinding moral certainty” and “a vogue for public shaming and ostracism” as two of the defining features of this nebulous condemnation of our current social media culture.

In a circulated clip of an interview in The Economist podcast released a few days before the final two episodes of IMDY, Michaela describes taking responsibility for her own sexual assault as an empowering thing, as her own personal way of regaining agency within trauma. This shocked many as it seemed that this message was in direct contradiction with the message of the show; one which eviscerated survivors from the blame society so regularly placed upon them, impressing upon us that survivors come about in a variety of shapes and forms, but most significantly they are never responsible for their own assault. The clip suggested otherwise. While arguments can be and are often made for separating the art from the artist, it is rare that one entirely contradicts the other.

In another, lesser-shared clip from the same podcast, Michaela is questioned on the significance of her previous reluctance to name the teacher who called her N-word whilst in the classroom. She says she wants to understand what it is they were going through before deciding to ruin their career.

And yet, despite Michaela’s apparent commitment to fair review, this doesn’t extend to her LGBTQI+ characters who are seemingly denied the same level of forgiveness as those whose behaviours are problematic to say the least. In light of all of this poetic redemption you would be forgiven for expecting Kwame, the most prominent queer character in IMDY would be afforded a similar level of empathy. Instead, in one of his final scenes Kwame is being condemned for displaying a fake identity. He is portrayed as selfish and fraudulent for not disclosing his sexuality, despite his sexual partner’s own refusal to read Kwame’s reluctant body language, also stating that gay men are “major appropriators of the female identity”.

Michaela’s failure of LGBTQI+ characters extends to the inclusion of a singular trans character in the penultimate episode where his only storyline is the disclosure of a trans identity. Their character isn’t developed beyond that and seems only to serve Terry’s straight-girl character arc.

I applaud IMDY for broaching new territory in the form of exploring consent, but I would suggest that viewers be wary of engaging with its ideas about the harms of no-platforming individuals when such tactics remain a vital part of mental and physical safety for so many people. While I’m glad IMDY has opened up a conversation around consent, I look forward to the next, more nuanced offering to grace our screens.